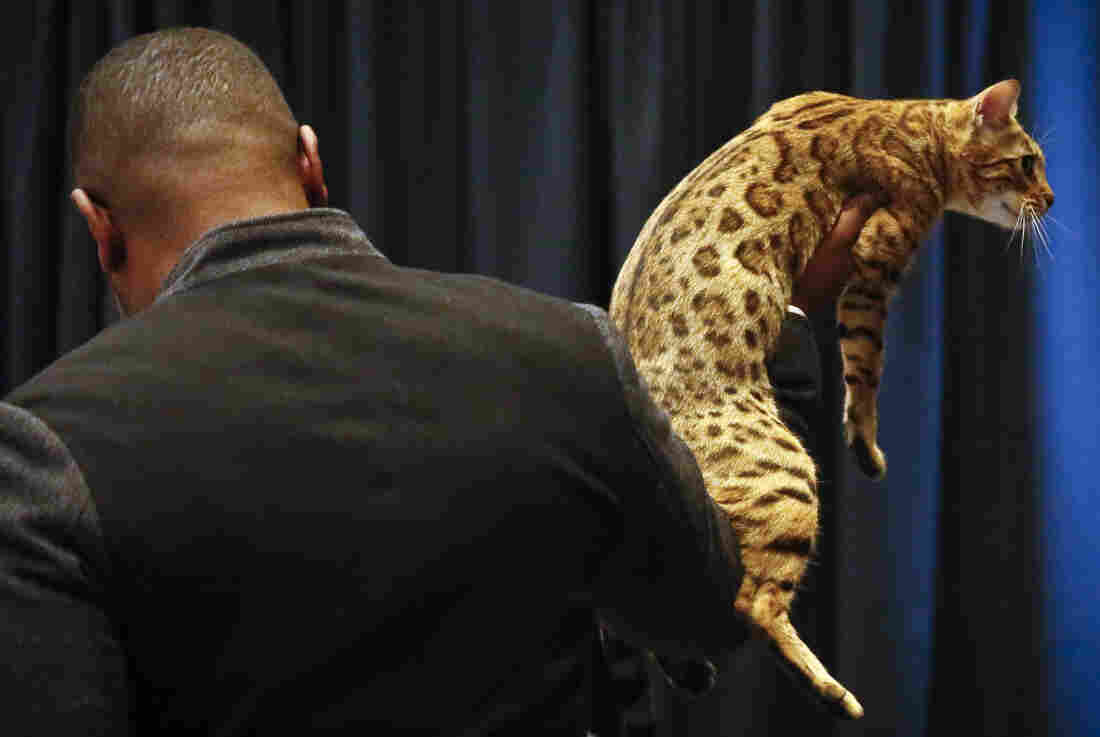 Cat breeder Anthony Hutcherson shows off a Bengal Cat on Monday in New York. The Bengal Cat will be featured at the 141st Westminster Kennel Club Dog Show in a non-competitive "meet the breeds" exhibition, where cats will be shown for the first time. Bebeto Matthews/AP hide caption 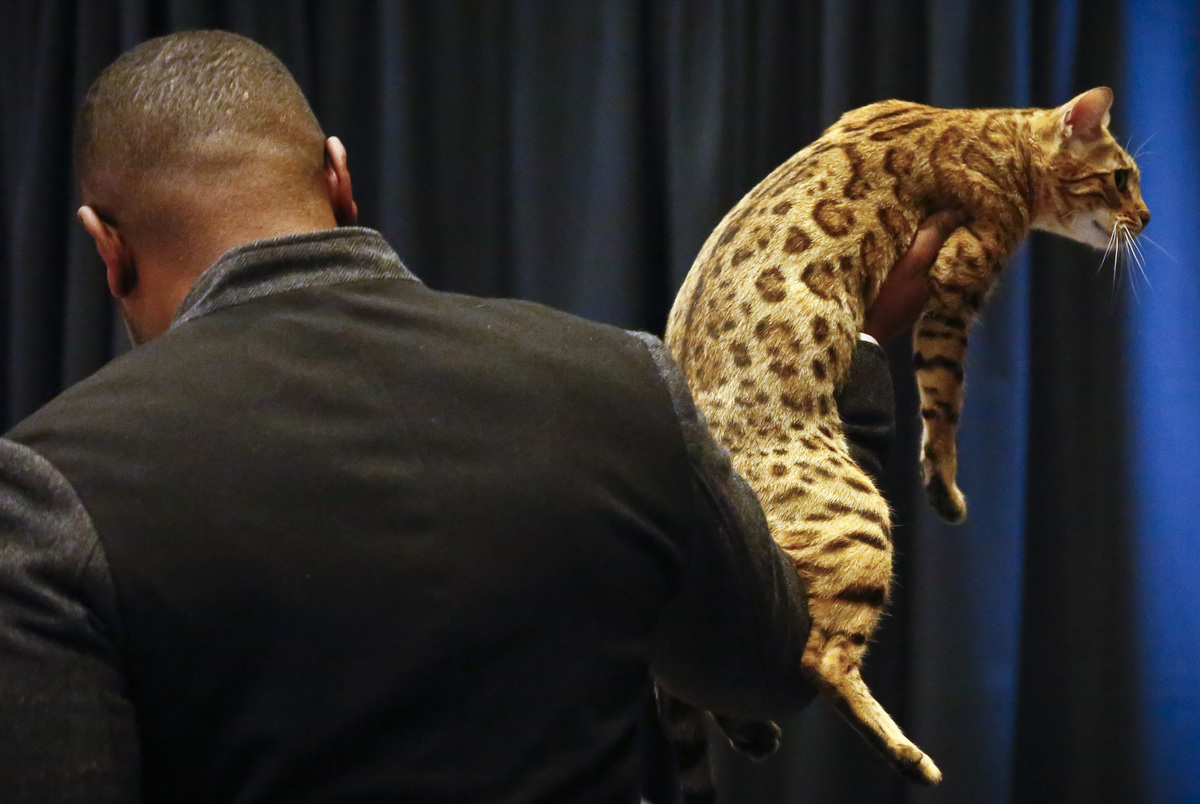 Cat breeder Anthony Hutcherson shows off a Bengal Cat on Monday in New York. The Bengal Cat will be featured at the 141st Westminster Kennel Club Dog Show in a non-competitive "meet the breeds" exhibition, where cats will be shown for the first time.

Yes, you read that right – this month, cats will make an appearance at the Westminster Kennel Club Dog Show.

It's a break from 141 years of tradition. The cats will be part of a showcase designed to educate the public about different types of cats and dogs, called Meet & Compete.

The American Kennel Club describes the event as an "opportunity to meet and play with hundreds of adorable dogs and fabulous felines while learning about responsible pet ownership."

The cats have been part of a separate event previously, but now will share the showcase with the dogs, Westminster Kennel Club director of communications Gail Miller Bisher tells All Things Considered.

Some 40 cat breeds will take part, each with their own booth, she adds: "For the cats, what they generally do is they also decorate their booths, and they're really just there to have the animals interact with the public and answer questions the people may have."

Cats are being brought on because the "Meet & Compete event is about education — learning about dogs and cats before bringing them into your home," she adds.

The exhibition also includes some fancy footwork from the felines. As Bisher tells All Things Considered, "They will be putting on a cat agility demonstration where the cats are being led through an obstacle course of sorts."

One of the participants is a particularly striking Bengal cat, who has the memorable name of Jungletrax Abiding Ovation. "There's so much love out there in the world, why just limit it to dogs and puppies?" Anthony Hutcherson, the owner and breeder of Jungletrax, said at a recent press conference, according to AM New York. "She's the love of my life."

The news has garnered some strong reactions on Twitter:

Cats at the Westminster Dog Show?! What could possibly go wrong? pic.twitter.com/vBA8plEcfL

Also new to the Westminster Dog Show this year are three dog breeds – the pumi, the sloughi and the American hairless terrier.

Head here to read all about the "intelligent" and "whimsical" pumi, a herding dog that gained full U.S. recognition last year.

It's worth noting that dog shows and dog breeding have their critics – as The Associated Press writes, "Some animal-rights advocates oppose dog breeding and stress that many mixed-breed dogs need adoption."