Accessibility links
White House Warns Iran But Plans No Immediate New Action : The Two-Way National Security Adviser Mike Flynn says Iran is "on notice," but the White House announced no new military action or other responses to what he called its provocations. 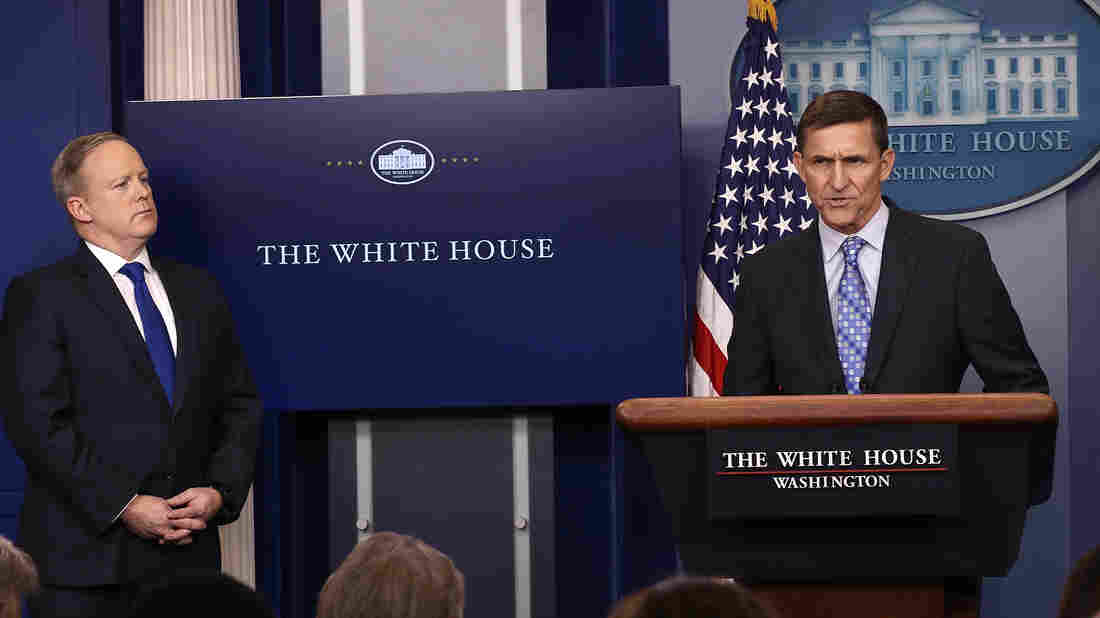 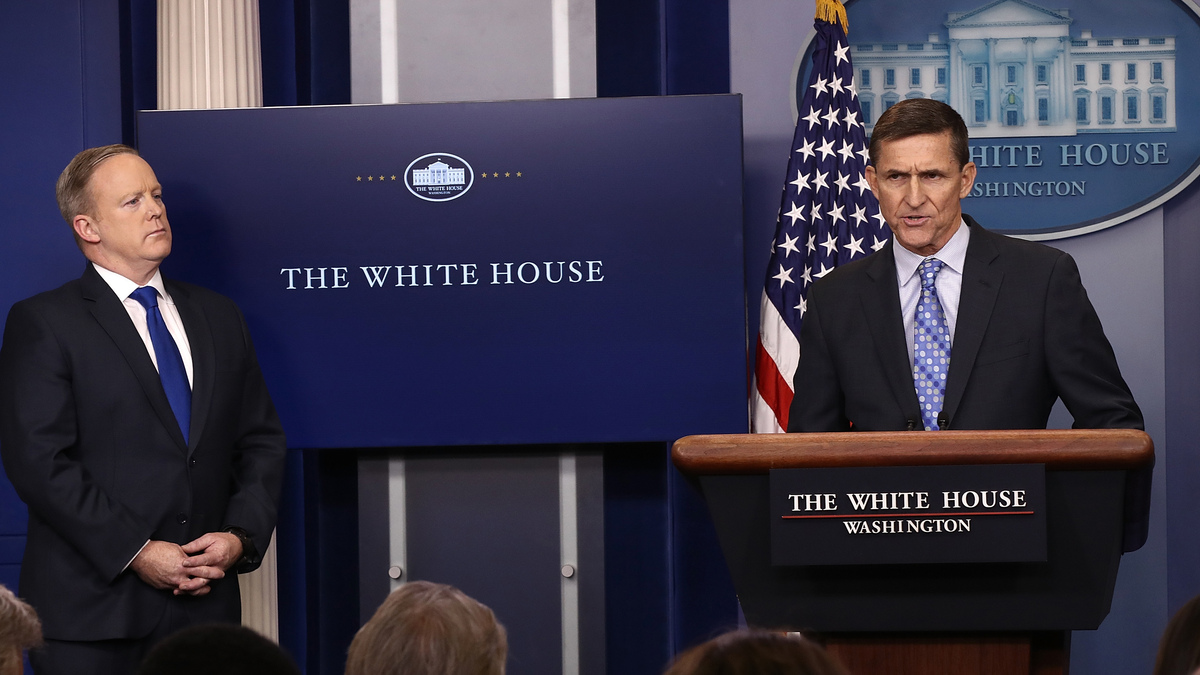 The White House issued a sharp warning to Iran on Wednesday over what it called recent provocations, but officials said the United States is not taking any immediate military or other action to follow up.

National Security Adviser Mike Flynn appeared at the daily press briefing to deliver a prepared statement that listed Washington's latest grievances with Tehran, including its test of a ballistic missile and attacks by proxy forces in Yemen on American and Middle Eastern ships.

Flynn said President Obama had gone too easy on Iran, but that all would stop with President Trump.

"As of today, we are officially putting Iran on notice," Flynn said.

A senior administration official told reporters later in the day that the White House is prepared to respond to Iran with "appropriation actions," but did not detail them or explain what being "on notice" means in practical terms.

"The statement speaks for itself," the official said of Flynn's comments.

The White House's warning followed a day after U.N. Ambassador Nikki Haley told reporters in New York that she had raised the issue of the missile launch with the U.N. Security Council. She rejected explanations by Iranian officials that it had "no intention of attacking any country," as she described them.

"The U.S. is not naïve," Haley said. "We're not going to stand by. You will see us call them out as we said we would and you're also going to see us act accordingly."

Although the Trump administration leaders had no actions or changes in policy to announce, they at least made clear they intend to make a break from the tone of their predecessors.

Obama, then-Secretary of State John Kerry and other leaders were eager to conclude the deal that they said would take Iran off the path to building a nuclear weapon. Last year, when Iranians humiliated the U.S. Navy by capturing a group of American sailors, then-deputy National Security Advisor Ben Rhodes sought to play up the closeness between the governments that he said had enabled the sailors' release.

Flynn, however, is a hawk. He is convinced the nuclear deal has not changed Tehran's intention to build a weapon and threaten Israel or its other neighbors. He told NPR last year that Iran is a "criminal enterprise" and a dictatorship.

In 2015, Flynn told members of Congress that any hope for rapprochement between the U.S. and Iran was "wishful thinking" and called for a "NATO-like structure" among Arab nations to check the threat.

Saudi Arabia, the United Arab Emirates and other Arab allies in the Mideast were nervous about the effect of relieving Western sanctions on Iran in exchange for its agreement not to build a nuclear weapon. Obama tried to ease their worries by offering more American-built military hardware, including fighter aircraft and missile defense systems.

One option for Flynn is to urge Trump to do even more along those lines as Haley pursues an international diplomatic response at the U.N. The White House also could order a big military show of force, possibly with American warships in Middle Eastern waters or warplanes stationed around the region.

But the new rhetoric also creates risk for the White House. Flynn made a bold statement for the TV cameras about putting Iran "on notice" but then had no subsequent action to announce. Critics excoriated Obama for saying in 2012 that if Syria used chemical weapons in its civil war, it would constitute the crossing of a "red line" – then ultimately decided not to take major military action.

The danger for Trump and Flynn is that putting Iran "on notice" could provoke a crisis if Iranian hardliners respond somehow to test them — forcing the White House to choose between getting into a cycle of escalation or to trying to back down.