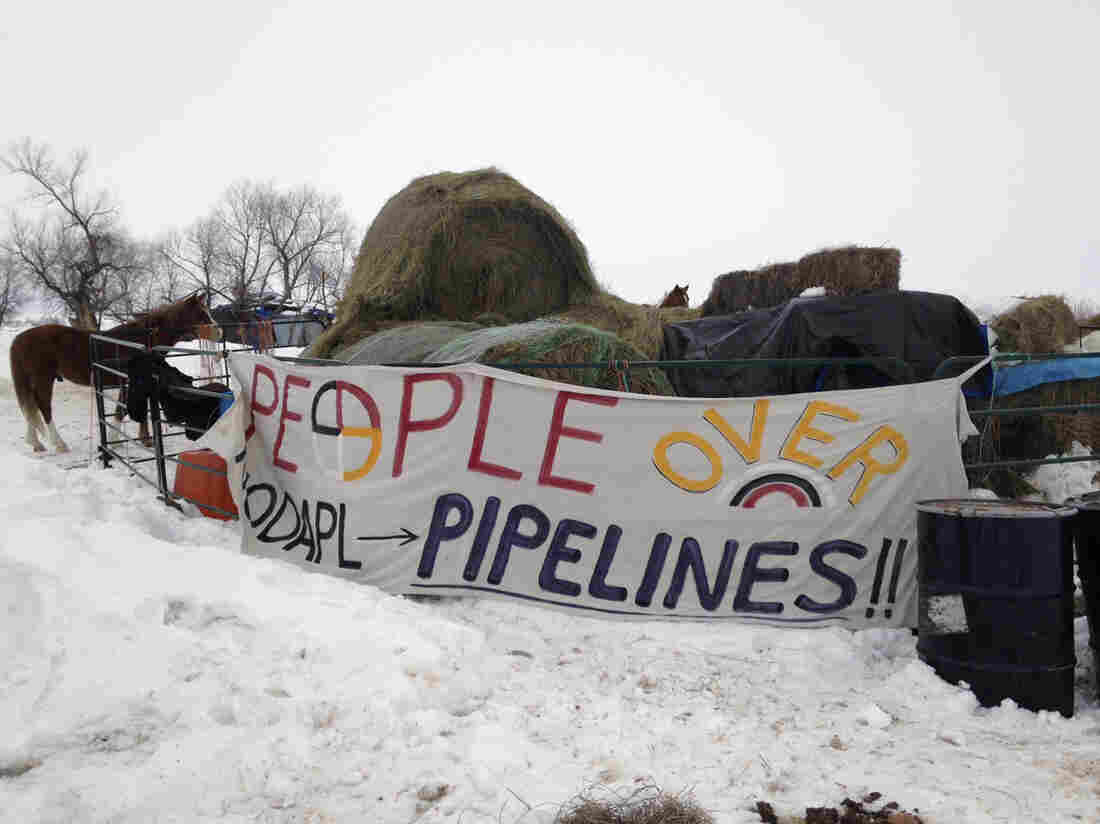 A sign along the route of the Dakota Access oil pipeline near Cannon Ball in North Dakota on Jan. 24. James MacPherson/AP hide caption 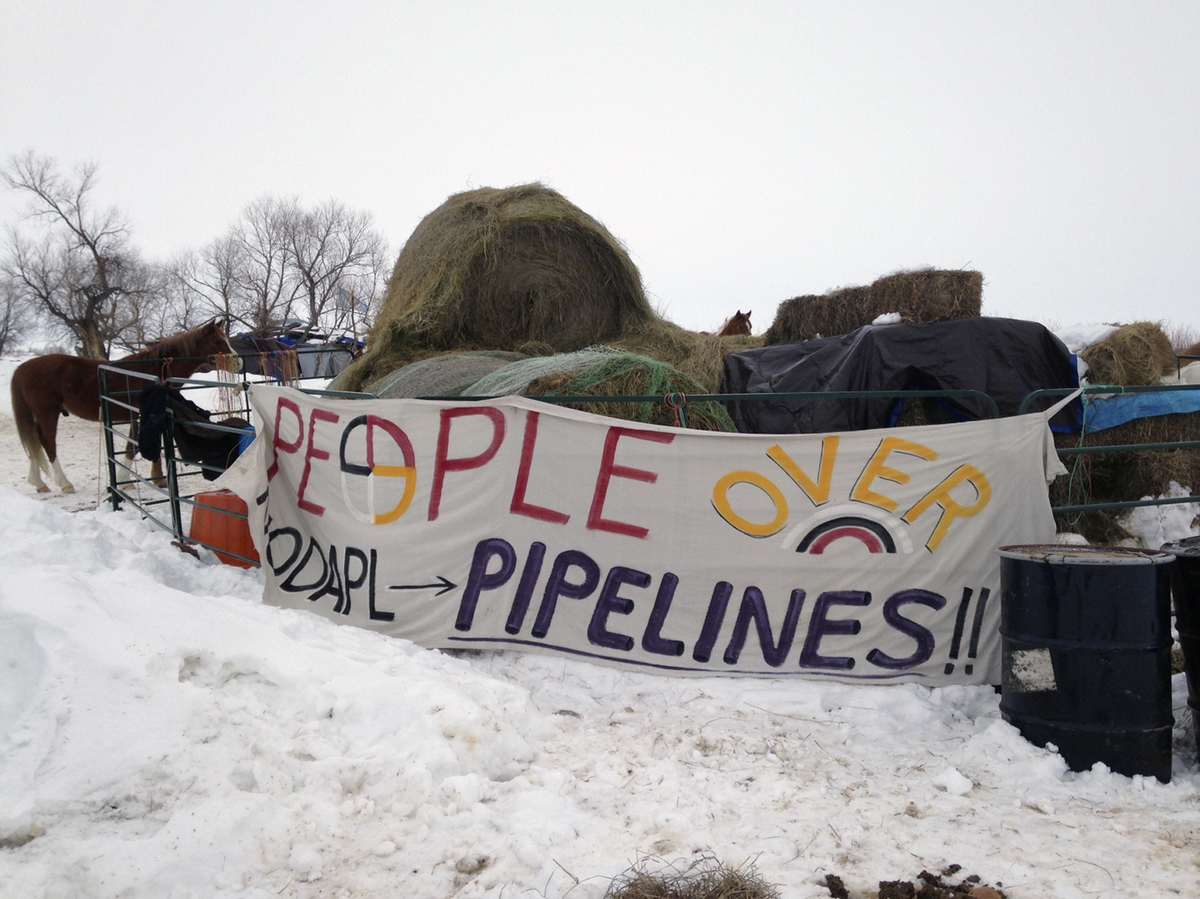 A sign along the route of the Dakota Access oil pipeline near Cannon Ball in North Dakota on Jan. 24.

More than 70 people were arrested on Wednesday afternoon near the proposed route of the Dakota Access Pipeline in North Dakota, as Western lawmakers expressed opposing views on the future of the $3.8 billion project.

The Morton County Sheriff's office said it had arrested approximately 76 people who were camping on land the sheriff's department said was privately owned, north of the Standing Rock Sioux Reservation and south of the pipeline's proposed crossing under the Missouri River.

The so-called Last Child Camp was near the larger, and still occupied, Oceti Sakowin Camp established last year on nearby federal land, according to a Facebook post yesterday by Dallas Goldtooth of the Indigenous Environmental Network, one of the groups that have organized protests against the pipeline.

Across the Cannonball River, the Sacred Stone Camp is also still occupied by protesters.

Construction of the final piece of the nearly 1,200-mile pipeline is awaiting approval from the U.S. Army. On Jan. 24, President Trump signed a memorandum encouraging the U.S. Army Corps of Engineers to expedite the review and approval process, and earlier this week the Army said that it had been directed to expedite its review of the route, which requires an easement to cross under a portion of the Missouri River north of the Standing Rock Sioux Reservation.

"These initial steps do not mean the easement has been approved," the Army wrote in a statement.

As we reported, on Jan. 18 the Army announced it was gathering information for an environmental impact assessment and that it would accept public comments through Feb. 20, according to a notice published in the Federal Register. It was unclear what, if any, effect the presidential directive will have on that process.

On Wednesday, three Democratic senators, Maria Cantwell of Washington, Tom Udall of New Mexico and Jon Tester of Montana, co-signed a letter to the president saying they were "deeply concerned" and arguing that truncating or overriding the environmental review process would be illegal. All three are members of the Senate Indian Affairs committee.

"Long standing legal precedent requires the United States to uphold its trust responsibility to tribes and to protect the lands and resources that were guaranteed to them by treaty," they wrote. "By 'expediting' this process and proceeding without appropriate consultation and pushing for a predetermined outcome, the United States would be turning its back on its most solemn trust responsibility with the Tribe."

Other members of Congress disagreed. Rep. Kevin Cramer, R-N.D., repeatedly referred to the "approval" of the pipeline project, tweeting, "Start your engines. #DAPL #Approved" on Tuesday.

"Got word from the White House today and the Dakota Access pipeline now has its final green light," he said in a video posted to Twitter.

Sen. John Hoeven, R-N.D., the current chairman of the Senate Indian Affairs committee, issued a statement celebrating the imminent approval of the easement.

Meanwhile, the Standing Rock Sioux tribe promised to "vigorously pursue legal action to ensure the environmental impact statement order issued late last year is followed so the pipeline process is legal, fair and accurate." As of Thursday, no formal legal action had been announced.

The chairman of the Standing Rock Sioux, Dave Archambault II, requested that the president meet with tribal leaders, and he challenged the president's authority to change the ongoing environmental review process.

"President Trump, the [Environmental Review Statement] is already underway," Archambault wrote. "This change in course is arbitrary and without justification; the law requires that changes in agency positions be backed by new circumstances or new evidence, not simply by the President's whim."