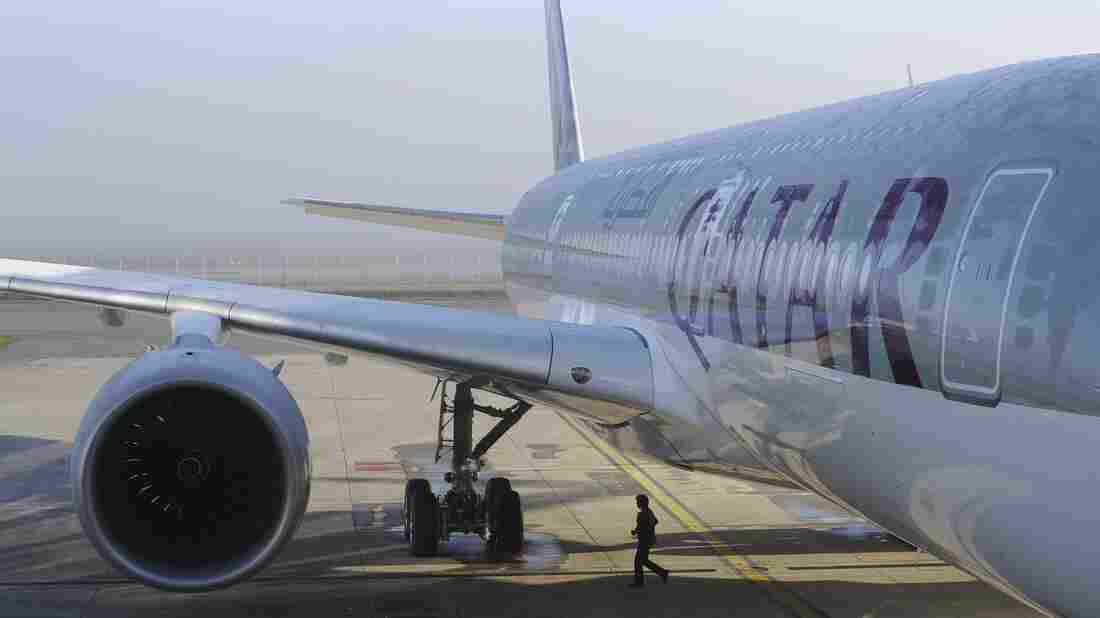 An Airbus A350-900 for Qatar Airways in 2014 in France. Qatar Airways is among the airlines that have announced they will resume boarding travelers affected by President Trump's executive order. Eric Cabanis/AFP/Getty Images hide caption 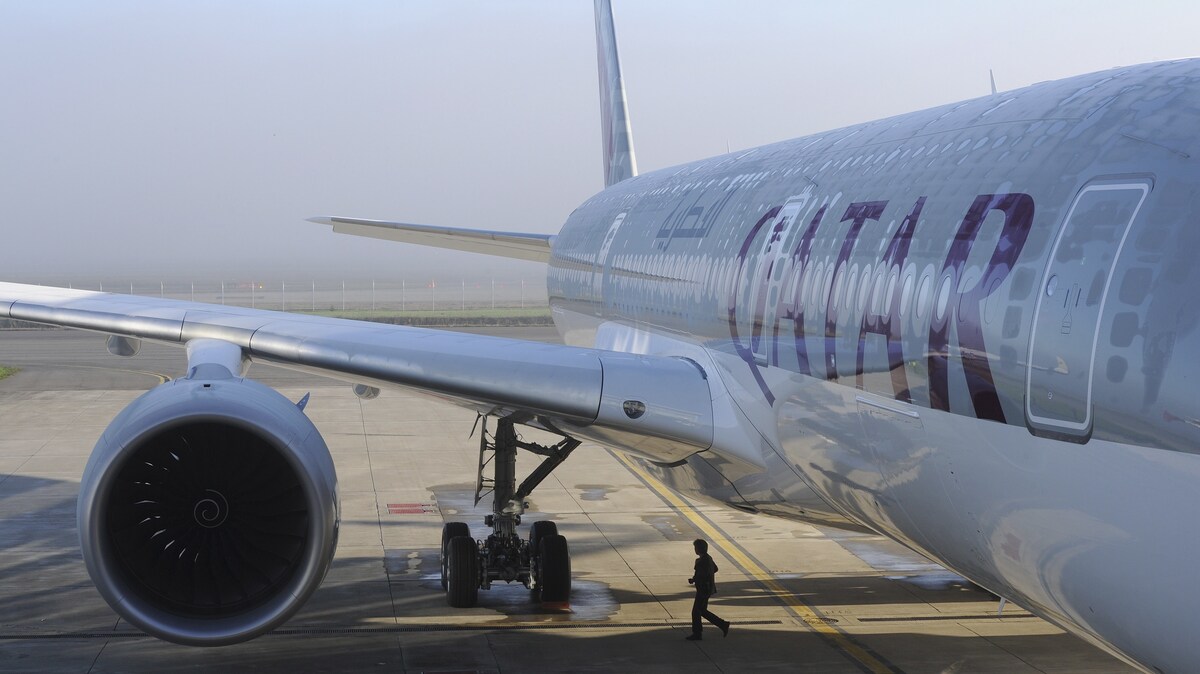 An Airbus A350-900 for Qatar Airways in 2014 in France. Qatar Airways is among the airlines that have announced they will resume boarding travelers affected by President Trump's executive order.

The denial comes a few hours after the Trump administration filed an emergency motion requesting an "immediate administrative stay" to block the Feb. 3 ruling in Washington state that temporarily suspended Trump's immigration ban.

In a court filing, the Department of Justice argued that the court's nationwide blocking of Trump's order was "vastly overbroad" and should be stayed pending the administration's appeal. It said the court's injunction "second-guesses the President's national security judgment."

Earlier Saturday, the Department of Justice filed a notice to appeal the court ruling.

The notice and request were filed to the 9th U.S. Circuit Court of Appeals regarding the Feb. 3 ruling by Judge James Robart in Washington state.

When a country is no longer able to say who can, and who cannot , come in & out, especially for reasons of safety &.security - big trouble!

The original story continues below

On Friday night, a federal judge in Seattle temporarily halted the enforcement of President Trump's executive order on immigration. By Saturday, federal officials had announced they would be complying with the ruling, and airlines said they would resume boarding travelers covered under the ban.

The Department of Homeland Security "has suspended any and all actions implementing the affected sections of the Executive Order," a department spokeswoman said in a statement. Accordingly, department officials are no longer flagging travelers simply because they are from the seven majority-Muslim countries temporarily barred by Trump's order.

Meanwhile, a State Department spokesperson tells NPR that officials with the department are also adhering to the decision. The department has provisionally revoked somewhere between 60,000 and 100,000 individuals' visas, according to different accounts; under Saturday's announcement, the State Department says that move has been reversed — and that "individuals with visas that were not physically cancelled may now travel if the visa is otherwise valid."

Those whose visas were cancelled using a physical stamp have to apply for a new visa at a U.S. embassy or consulate.

The State Department said it is working closely with DHS and legal teams on complying with Judge James Robart's decision, which suspends the nationwide enforcement of Trump's order while a case brought by the states of Washington and Minnesota is heard in court. That decision also blocks the implementation of the executive order's provisions related to refugee admissions, a State Department spokesperson said. The department is now restarting the paperwork process for refugees to come to the U.S.

Trump, for his part, tweeted a broadside Saturday morning against Judge Robart.

"When a country is no longer able to say who can, and who cannot , come in & out, especially for reasons of safety &.security - big trouble!" Trump tweeted.

In a subsequent tweet, Trump derided Robart as a "so-called judge," whose decision "is ridiculous and will be overturned!" Robart, who was appointed by former President George W. Bush, is the federal judge presiding over the U.S. District Court in western Washington state.

But the thrust of the message remained the same: The White House said the Justice Department will challenge the judge's decision.

In the meantime, airlines have quickly responded to the court order.

Qatar Airways, which services many of the predominantly Middle Eastern countries barred by Trump, announced that it had been directed by U.S. Customs and Border Protection to board nationals with valid documents from Syria, Libya, Iraq, Iran, Somalia, Sudan and Yemen.

"All refugees seeking admission presenting a valid, unexpired U.S. visa or Lawful Permanent Resident (LPR) card (Green Card) will be permitted to travel to the United States and will be processed accordingly upon arrival."

But Qatar Airways wasn't the only airline to release such an announcement Saturday. Lufthansa, Germany's largest airline, announced that on the basis of the federal court ruling it would also permit the affected travelers to fly to the U.S.

"However," Lufthansa was careful to note, "short notice changes to the immigration regulations may occur at any time. The final decision regarding immigration lies with the US authorities."

In Cairo, airport authorities received a notification Saturday from U.S. officials that they should also halt the enforcement of Trump's travel ban. And Reuters reports that Emirates and Etihad Airways said Saturday they would do so, as well.

Meanwhile, in the U.S., multiple media outlets report that CBP spoke with U.S. airlines on a conference call Friday, informing them that after the federal judge's ruling that it was "back to business as usual."

CNN adds: "The government was in the process of reinstating visas, the [airline] executive said, adding that airlines would start removing travel alerts from their websites and getting messages out to customers to notify them of the change."

On Friday, NPR's Rebecca Hersher reported that there have been differing accounts of how many visas, exactly, have been revoked since the executive order:

"That number is considerably lower than the number given by a Justice Department attorney, who said today in federal court in Virginia that 100,000 visas were revoked as a result of the order, as Carmel Delshad of NPR station WAMU reported."

Beyond the case brought by the states of Minnesota and Washington, three other states — Massachusetts, New York and Virginia — have also sued the federal government over Trump's executive order.