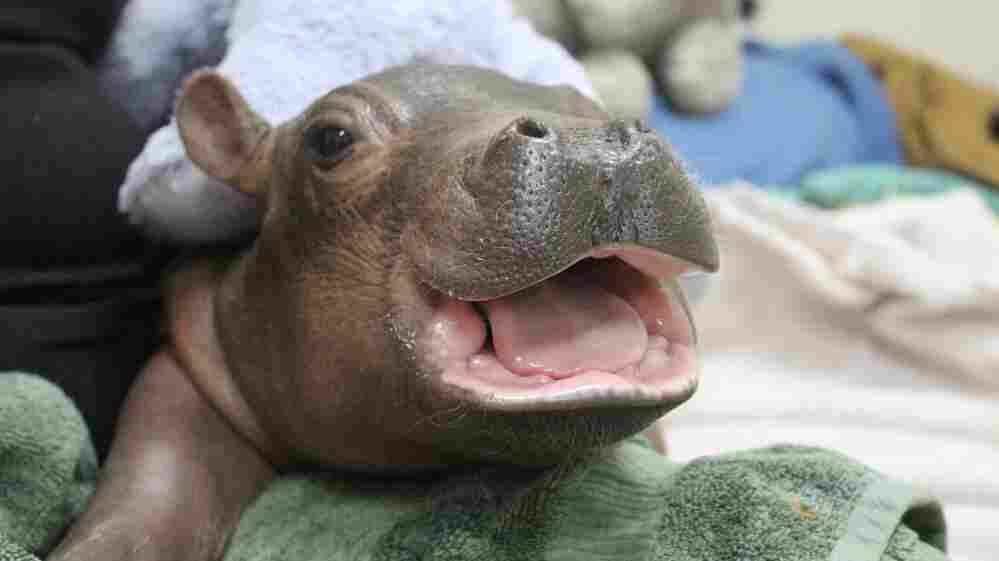 Fiona, a premature hippo calf born six weeks early, has been gaining strength and weight since her birth on Jan. 24. Now she has taken her first steps. Courtesy of the Cincinnati Zoo hide caption 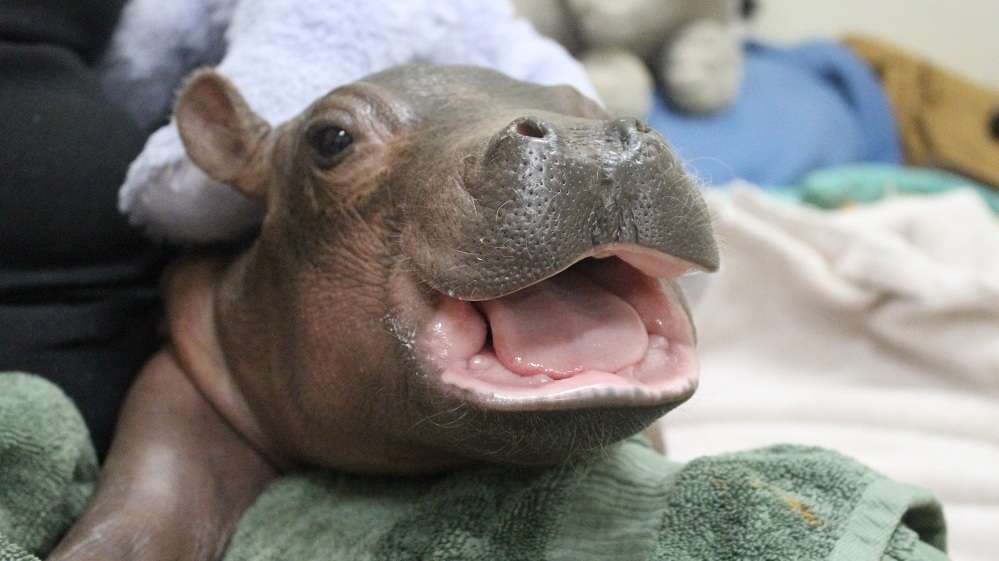 Fiona, a premature hippo calf born six weeks early, has been gaining strength and weight since her birth on Jan. 24. Now she has taken her first steps.

Courtesy of the Cincinnati Zoo

A baby hippopotamus, born prematurely at the Cincinnati Zoo, has struggled to stand, eat, gain weight and breathe.

But on Sunday morning, the zoo announced "encouraging news from hippo headquarters."

Fiona was born at the zoo on Jan. 24, six weeks early. She weighed 29 pounds, when baby hippos are normally 55-120 pounds, the zoo says. She was too weak to stand and couldn't nurse on her own.

The zoo has provided around-the-clock intensive care to keep her alive.

On Tuesday, when the zoo gave the hippo her name, they warned that she was "not out of the woods yet." But "every baby needs a name," they said.

The zoo explained that Fiona was being nursed close enough to mom Bibi and dad Henry that they could all hear and smell each other.

The baby hippo has spent time in a pool, first with noodles to support her weight and then standing on her own. She was tube-fed, with a combination of her mother's milk and formula, as zoo staff worked to teach her how to nurse on her own. She struggled with a poor suckling response.

"She still has a long way to go before she'll be strong enough to be reunited with her mom," curator of mammals Christa Gorsuch said in the update on Tuesday. "She needs to learn how to nurse on her own, walk, swim and get a lot bigger."

The little hippo's fight to survive caught the eye of another team of caregivers. On Thursday, the zoo announced it had received "a package from the preemie team at Cincinnati Children's Hospital that included signed superhero capes, a pre-filled baby book, a stuffed hippo, a beautiful note and much more."