Accessibility links
More Than 100 People Killed In Afghanistan Avalanches : The Two-Way Snow buried homes in multiple provinces around Kabul and in the mountainous northern part of the country this weekend. Officials said rescue crews had not yet reached some affected areas on Monday. 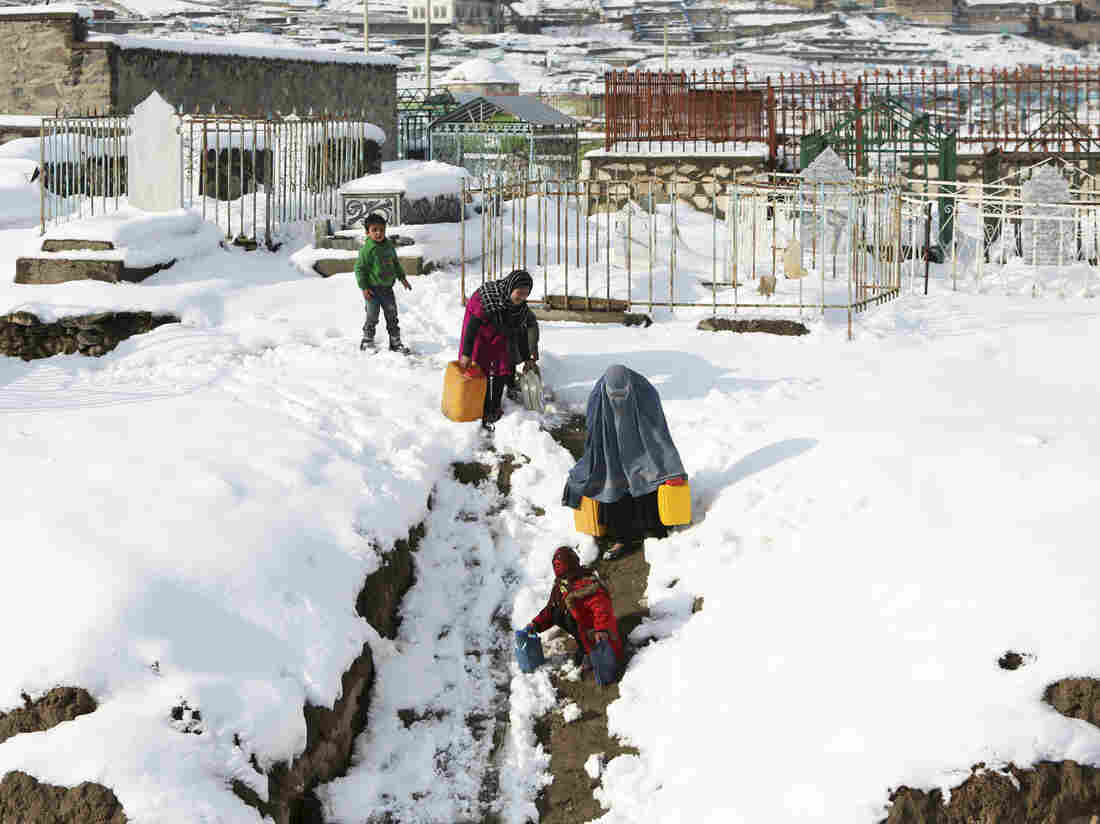 A woman and her children carry containers of water on the outskirts of Kabul, Afghanistan, on Monday. Avalanches have killed more than 100 people in Afghanistan and Pakistan. Rahmat Gul/AP hide caption 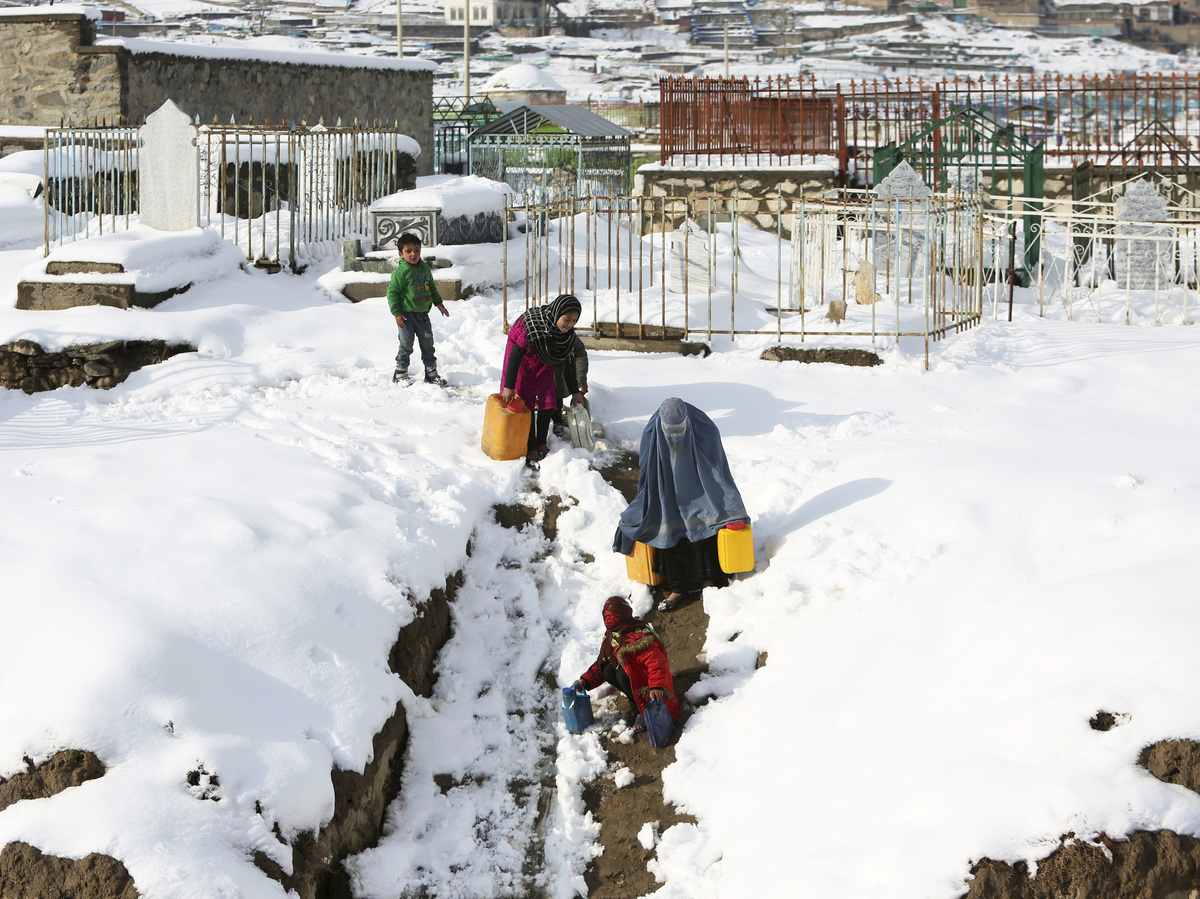 A woman and her children carry containers of water on the outskirts of Kabul, Afghanistan, on Monday. Avalanches have killed more than 100 people in Afghanistan and Pakistan.

Afghan officials say more than 100 people died in avalanches over the weekend, after nearly 10 feet of snow buried some parts of the country around Kabul and east to the Pakistan border.

Dozens of houses were destroyed and "people were reported to have frozen to death, trapped in cars," according to the BBC.

2 Americans Killed In Attack Near Training Camp In Afghanistan

Hamid Karzai International Airport in Kabul was closed on Sunday, after nearly 2 feet of snow covered the runways, according to Afghanistan's TOLO News, and north of the capital, the Salang pass into the Hindu Kush mountains was reportedly buried under 7 feet of snow.

At least one helicopter was shuttling supplies and people to the province of Nuristan, on the border with Pakistan northeast of Kabul, where provincial Gov. Hafiz Abdul Qayyom told Agence France-Presse that at least 64 people were killed. Most of the deaths occurred in one devastated village, he said.

"Most affected are women and children," he told Al Jazeera on Sunday. "The area is completely blocked because of snow so it is very difficult for us to send support, but we are trying our best."

Over 100s killed as heavy snow hit eastern #Afghanistan & dozens more were missing on Sunday after an avalanche pic.twitter.com/zXYAYP1Jm2

CNN reported that people also died in an avalanche on the other side of the border, in Pakistan. The BBC said at least 13 people there died, nine of them in the town of Chitral.

Al Jazeera reported that parts of the mountainous region received more than 5 feet of snow over the weekend, and that "scattered snowfall" was forecast for Monday in the Chitral valley.

The AFP reported that some hard-hit areas in Afghanistan were still not accessible on Monday:

"There had been no word yet from some villages in Nuristan, which Qayyom said had received nearly [10 feet] of snow, with blocked roads and mountainous terrain hampering the rescue effort.

" 'We will evacuate wounded victims to the city of Jalalabad for treatment,' [Qayyom] said, adding that skies were clear on Monday."

Jalalabad is the capital of Nangarhar province, also on the Pakistan border. The U.S. says most Islamic State fighters in Afghanistan are located in Nangarhar, and that it has been attacking the region with drones, as The Two-Way has reported.

NATO has more than 13,000 international troops on the ground in Afghanistan as part of a so-called train, advise and assist mission to the country. The mission, named Resolute Support, did not announce any plans to assist directly in the rescue or cleanup effort following the avalanches, but did share a photo on Twitter of soldiers playing in the snow at Bagram Airfield.