Accessibility links
Amnesty International Reports Organized Murder Of Detainees In Syrian Prison : The Two-Way A new report alleges there is a calculated campaign to round up, torture and murder people allegedly opposed to the Assad regime. Amnesty estimates 5,000 to 13,000 people executed from 2011 to 2015. 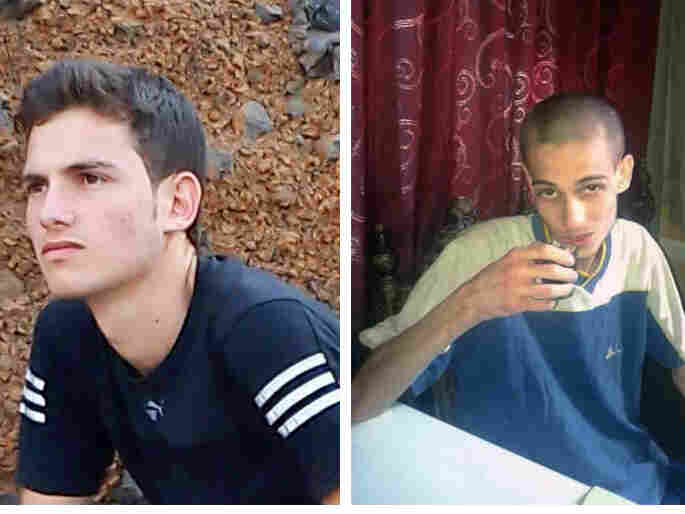 Former detainee Omar al-Shogre before his arrest and shortly after his release from Saydnaya Military Prison in Syria. Courtesy of Amnesty International hide caption 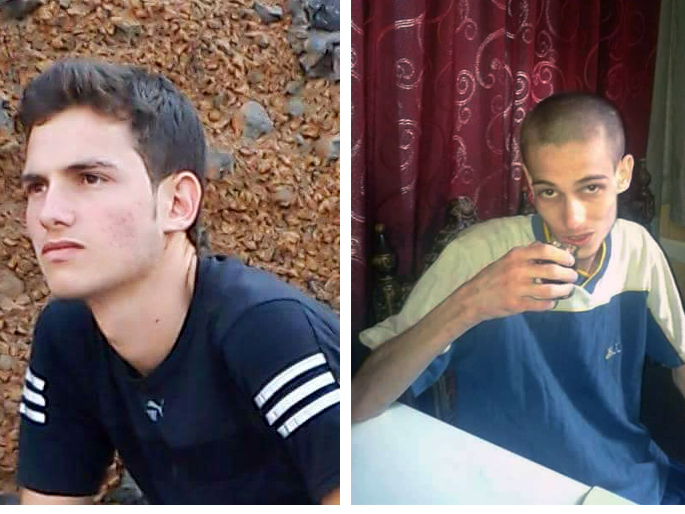 Former detainee Omar al-Shogre before his arrest and shortly after his release from Saydnaya Military Prison in Syria.

A newly released report by Amnesty International alleges a widespread and systematic attack by Syria's government against its civilian population, including murder, torture, enforced disappearances and extermination carried out at a military prison called Saydnaya.

The report's executive summary opens with this grim description:

"Saydnaya Military Prison is where the Syrian state quietly slaughters its own people. The victims are overwhelmingly ordinary civilians who are thought to oppose the government. Since 2011, thousands of people have been extrajudicially executed in mass hangings, carried out at night and in the utmost secrecy. Many other detainees at Saydnaya Military Prison have been killed after being repeatedly tortured and systematically deprived of food, water, medicine and medical care. The bodies of those who are killed at Saydnaya are buried in mass graves. It is inconceivable that these large-scale and systematic practices have not been authorized at the highest levels of the Syrian government."

"Every week, and sometimes twice a week, groups of up to 50 people were taken out of their cells, taken over to another building on the grounds of the prison and hanged to death," report author Nicolette Waldman told NPR's Steve Inskeep.

"On top of this, the conditions at the prison ... are actually calculated [to] deliberately [subject] detainees to inhuman, repeated torture and the deprivation of food, water, medicine and medical care so they are dying in massive numbers even on top of these hangings," she explained.

Reports of torture and disappearances in Syria are not new. But the Amnesty International report says the magnitude and severity of abuse has "increased drastically" since 2011. Citing the Human Rights Data Analysis Group, the report says "at least 17,723 people were killed in government custody between March 2011 and December 2015, an average of 300 deaths each month." The victims — political dissidents, journalists, doctors and aid workers — were perceived opponents of the government of Syrian President Bashar Assad.

Waldman called on the Assad regime's most powerful ally, Russia, to use its influence to stop what she called "war crimes."

"We can't be sure about what kind of efforts Russia has made [already]," she said. "However, as a permanent member of the U.N. Security Council ... it's very difficult to believe that they could be supporting this type of massive crimes against humanity and war crimes."

On the basis of its own investigation, Amnesty International estimates that between September 2011 and December 2015, between 5,000 and 13,000 people were executed without legitimate trials at Saydnaya. The report says the organization has no evidence of executions after December 2015, but based on information that the facility is still being used to imprison dissidents, "there is no reason to believe the executions have stopped."

The 48-page report includes graphic details of systematic beatings, rapes and psychological degradation, not to mention the denial of food, water and medical care. Omar, a former detainee, described it this way:

" '[A]t night, we could hear them beating them again with the tank belt [an improvised tool made out of tyre tread, which is attached to a wooden handle], and the green pipe. We knew the sounds that each made. First we were thinking the people were being released or taken to the civilian prisons. But at midnight, we heard the sound of torture again, and we thought they were dying, because the sound of the torture was so strong. They were beating them in a monstrous way.' "

"I think some of the most chilling aspects of the research, for me, was hearing the same exact procedures [multiple times]," said Waldman. "This is how you corroborate these testimonies, because basically people saw and heard different aspects of the same thing happening again and again."

The report is based on a yearlong investigation, beginning in December 2015, of the violations reported at Saydnaya. The organization interviewed 84 people in total, many with firsthand experience at Saydnaya including 31 former detainees, four prison officials or guards and 22 family members of former or current detainees, as well as Syrian judges, lawyers and doctors familiar with the facility. All but two interviews with witnesses were conducted separately, says the report. Most interviews were conducted in southern Turkey, with others in Lebanon, Jordan, Europe and the United States.

The Amnesty International report says the organization attempted to contact the Syrian government in January 2017 about the allegations raised in its report. But the organization has received no response.