Accessibility links
Army Approves Dakota Access Pipeline Route, Paving Way For The Project's Completion : The Two-Way The U.S. Army Corps of Engineers says it will allow the pipeline to cross under the Missouri River, cutting short an environmental impact assessment and removing the final barrier to construction. 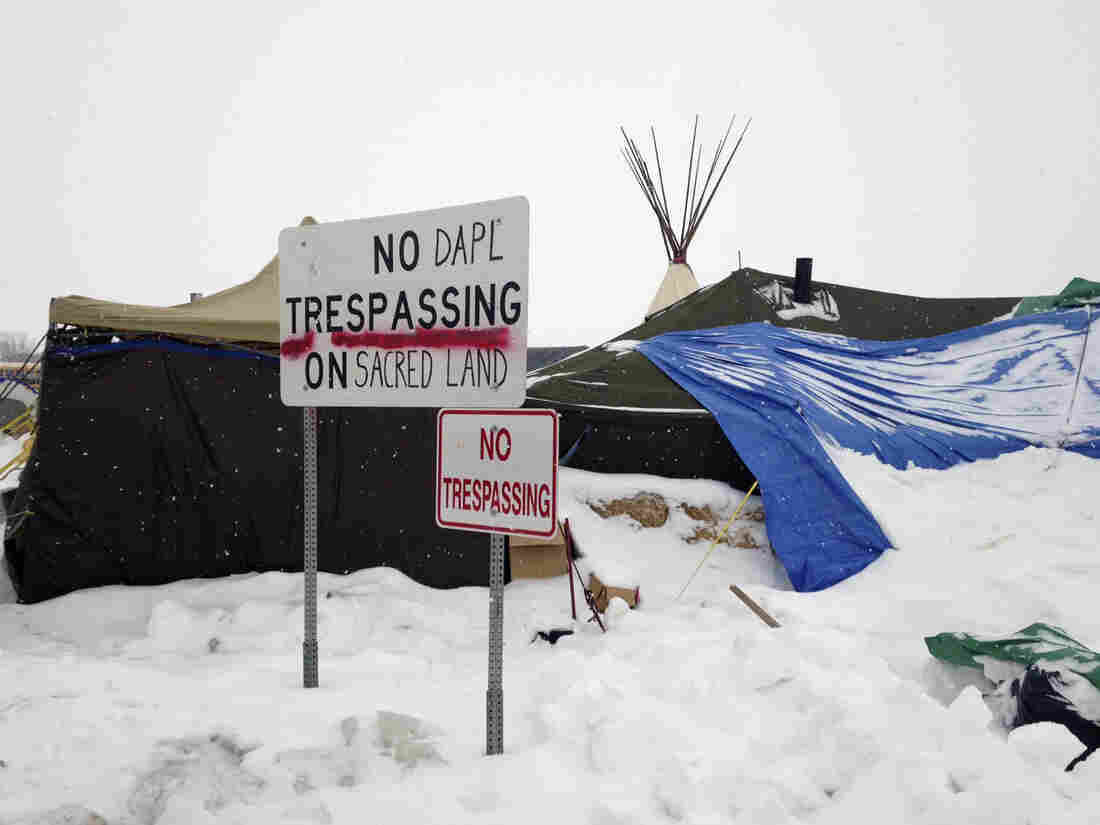 Protesters have stayed near the Dakota Access Pipeline site during the winter. James MacPherson/AP hide caption 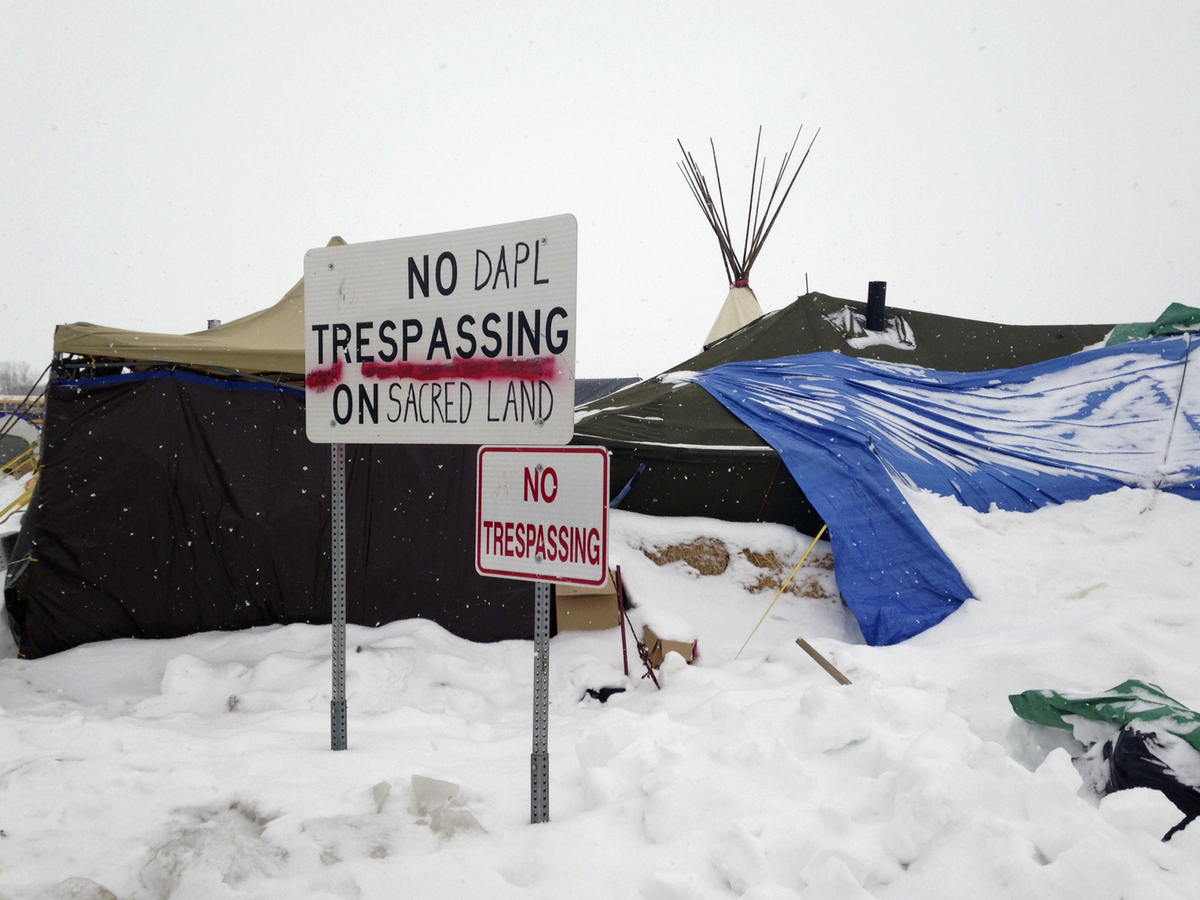 Protesters have stayed near the Dakota Access Pipeline site during the winter.

The U.S. Army Corps of Engineers has granted an easement allowing the Dakota Access Pipeline to cross under the Missouri River north of the Standing Rock Sioux Reservation, paving the way for construction of the final 1.5 miles of the nearly 1,200-mile pipeline.

In doing so, the Army cut short its environmental impact assessment and the public comment period associated with it.

In a Jan. 18 notice published in the Federal Register the Army had said it would accept public comments on the project through Feb. 20, still nearly two weeks away.

On Jan. 24, President Trump signed a memorandum encouraging the U.S. Army Corps of Engineers to expedite the review and approval process, and last week the Army said that it had been directed to expedite its review of the route.

In a letter to Congress announcing the decision, Deputy Assistant Secretary of the Army Paul Cramer cited the president's memorandum, saying that "consistent with the direction" in the memo, his agency would "waive its policy to wait 14 days after Congressional notification before granting an easement."

He wrote that the Army would officially grant the easement as soon as Wednesday afternoon, at which point the company building the pipeline, Energy Transfer Partners, would be able to begin construction.

The letter noted that the nature of the project — which involves drilling a horizontal hole under a part of the Missouri River known as Lake Oahe for a 30-inch diameter pipe — does not require a separate construction license.

That gives opponents of the pipeline very little time to pursue legal action, as the Standing Rock Sioux promised to do after the president's memorandum was signed.

In a Jan. 31 statement, the tribe said it would "vigorously pursue legal action to ensure the environmental impact statement order issued late last year is followed so the pipeline process is legal, fair and accurate."

A request by the tribe to halt the project was not granted by a U.S. district judge, as the Chicago Tribune reported.

The director of the Indigenous Environmental Network, which has helped organize demonstrations against the pipeline since last summer, released a statement promising to fight the Army's decision. "The granting of an easement, without any environmental review or tribal consultation, is not the end of this fight — it is the new beginning," he wrote.

"Expect mass resistance far beyond what Trump has seen so far. ... Our tribal nations and Indigenous grassroots peoples on the frontlines have had no input on this process."

On Tuesday morning, a post to the Facebook page for the Oceti Sakowin encampment south of the pipeline route told supporters of the protesters to submit public comments to the Army's environmental assessment page.

After the Army's decision was announced, a post to the Facebook page for the nearby Sacred Stone Camp said, "PLEASE, THIS IS OUR LAST STAND."

More than 70 people were arrested last week near the pipeline's route, when the Morton County Sheriff's office moved people off what it said was privately owned land.