Accessibility links
In Meeting With Sheriffs, Trump Repeats False Murder Rate Statistic : The Two-Way On Tuesday morning the president said — again — "The murder rate in our country is the highest it's been in 47 years, right?" Wrong. The rate is near historic lows, at less than half its peak. 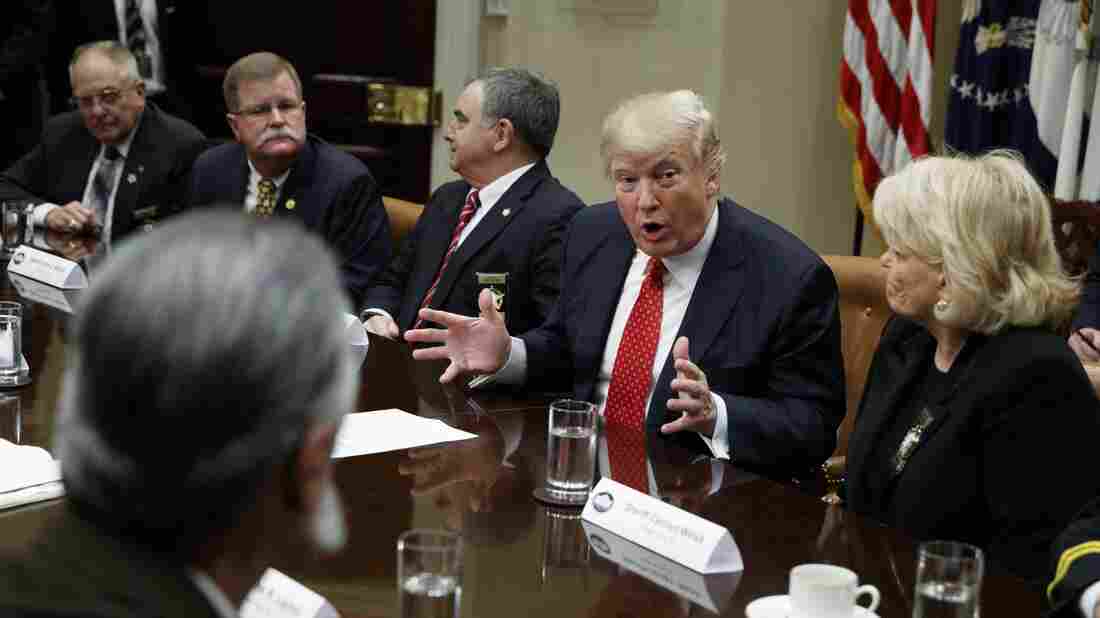 President Trump speaks during a meeting with county sheriffs at the White House on Tuesday. Evan Vucci/AP hide caption 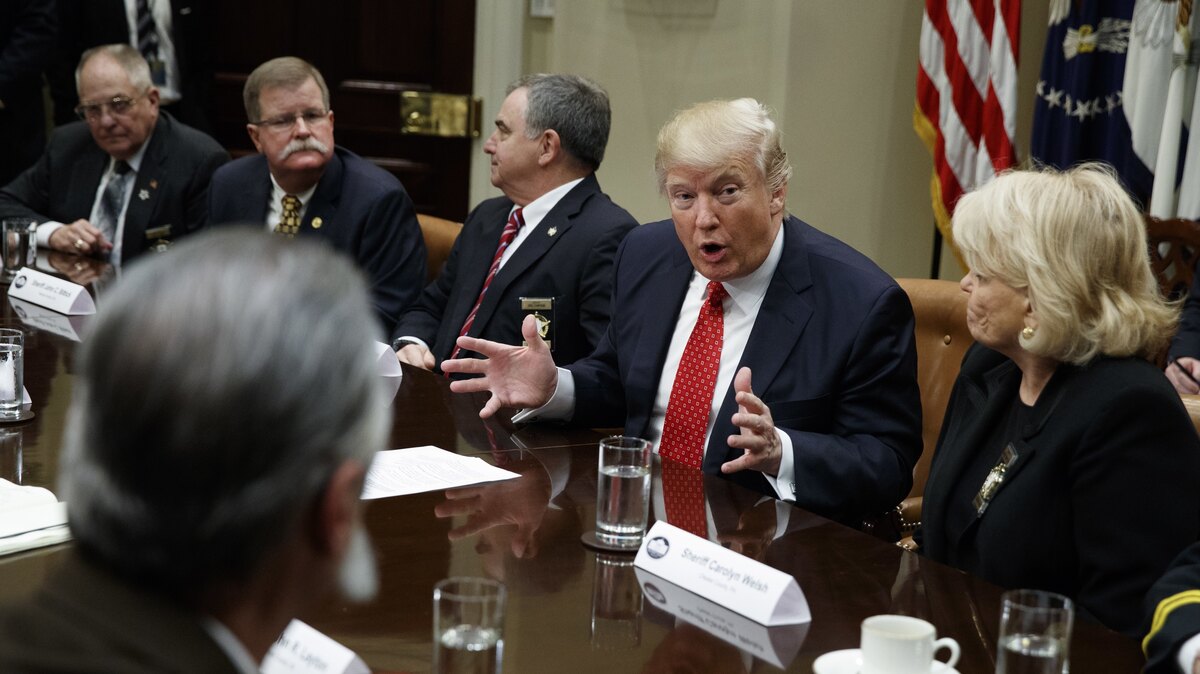 President Trump speaks during a meeting with county sheriffs at the White House on Tuesday.

At a roundtable meeting with county sheriffs on Tuesday morning, President Trump repeated a false statistic about the U.S. murder rate that he repeatedly deployed on the campaign trail.

But here's what Trump said to the county sheriffs at the White House on Tuesday:

Last year, the FBI recorded an increase — back up to 4.9. As NPR reported, that was a one-year rise of 11 percent.

Trump repeated inaccurate statements about the murder rate several times on the campaign trail. But he got it basically right in his victory stump speech, when he noted that "the murder rate has experienced its largest increase in 45 years" — as we noted in our fact check, that increase was, in fact, the biggest in 44 years.

But he got it wrong again at the sheriffs' gathering. Even with an 11 percent annual increase, murder rates remain lower than at almost any point in the last 47 years.