Accessibility links
Trump Jokes, Of State Senator, 'We'll Destroy His Career' : The Two-Way At a gathering at the White House, Trump made a mocking threat toward a Texas state senator who wants to require the police to attain a conviction before seizing an individual's personal property. 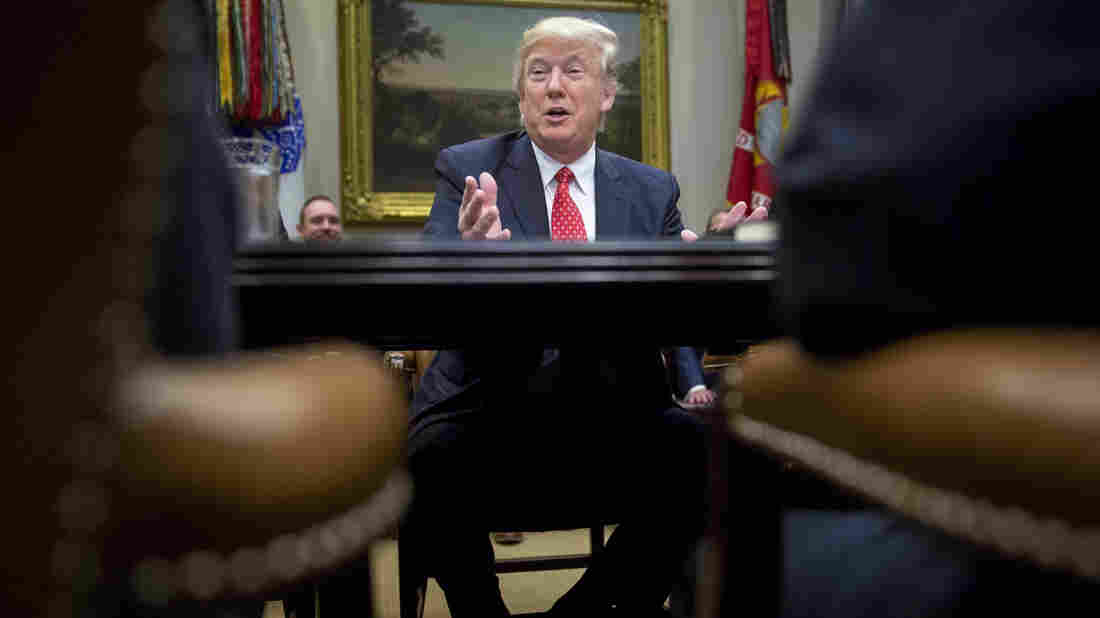 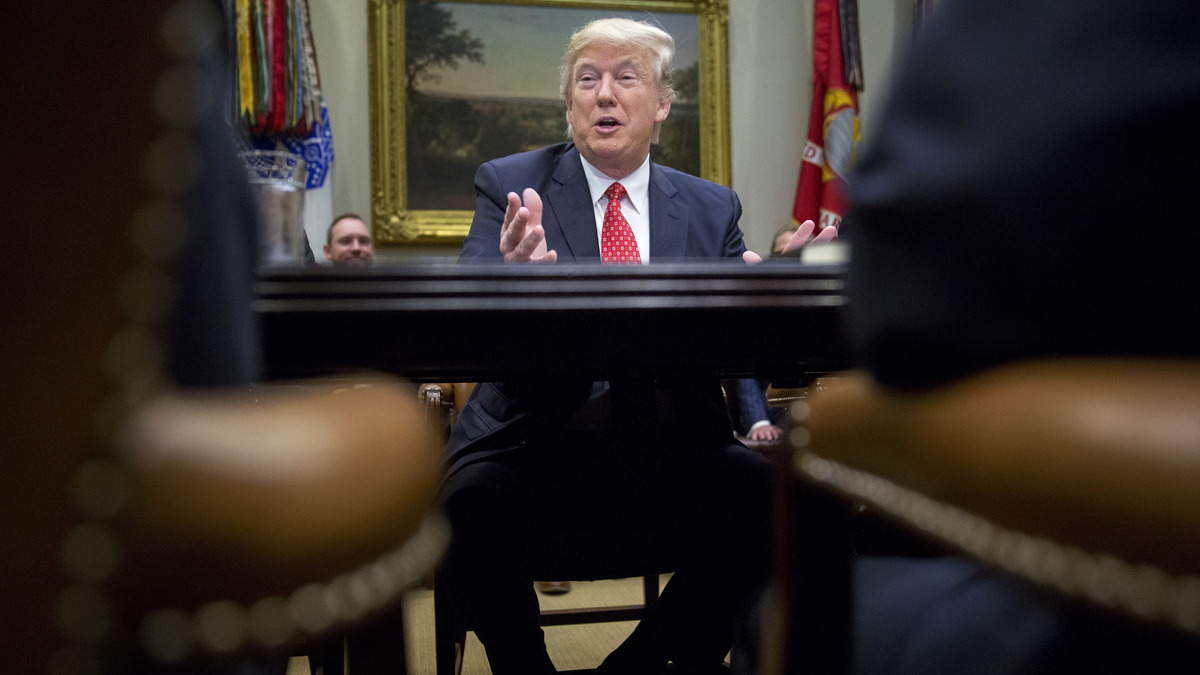 President Trump speaks to county sheriffs at the White House on Tuesday.

At a gathering of sheriffs at the White House on Tuesday, President Trump joked about destroying the career of a Texas politician who is trying to set limits on an often-criticized police practice.

The remark came after a participant at the sheriff's roundtable raised the issue of asset forfeiture — that's when the government seizes "suspicious" assets and keeps them, even if the person who had the item was never convicted (or even accused) of a crime. The resulting funds often go directly into police budgets.

Taking property from people who haven't been convicted of a crime is legal, but controversial.

"Police confiscate cars, jewelry, cash and homes they think are connected to crime. But the people these things belong to may have done nothing wrong," NPR's Laura Sullivan explained a few years ago.

"Prosecutors say the seizures are helpful tools to combat drug dealers and drunken drivers," Laura wrote. "But for people who haven't committed a crime, the cases are expensive to contest and often disproportionately affect people without means or access to a lawyer."

One sheriff at the gathering mentioned that some critics have said the practice violates due process, and called for limits. Trump responded: "I'd like to look into that ... There's no reason for that," suggesting that only "bad people" would want to reform or limit asset forfeiture.

A few minutes later, the following exchange occurred, as transcribed by the White House:

PARTICIPANT: Mr. President, on asset forfeiture, we got a state senator in Texas who was talking about introducing legislation to require conviction before we can receive their forfeiture.

THE PRESIDENT: Can you believe that?

PARTICIPANT: And I told him that the cartel would build a monument to him in Mexico if he could get that legislation.

THE PRESIDENT: Who is the state senator? Want to give his name? We'll destroy his career. (Laughter.) Okay, thank you.

The remark made national headlines.

The sheriff did not give a name. But one state senator in Texas who introduced such legislation, and could plausibly have been the subject of the conversation, told the Dallas Morning News, "I don't know the sheriff. Quite frankly, I don't pay much attention to what Trump says anymore."

The sheriff who raised the issue, Harold Eavenson of Rockwall County, told the newspaper he didn't take the president literally and thought he was just being "emphatic."

"He was making a point about how much he opposed that kind of philosophy," Eavenson told the Dallas Morning News. "I appreciated what the president said. I can assure you that he is on our side."