Accessibility links
Trump Slams Nordstrom For Dropping Ivanka's Clothing Line : The Two-Way Trump's tweet, which said the company was unfair to his daughter, highlights concerns about the line between his official duties and his family's businesses. 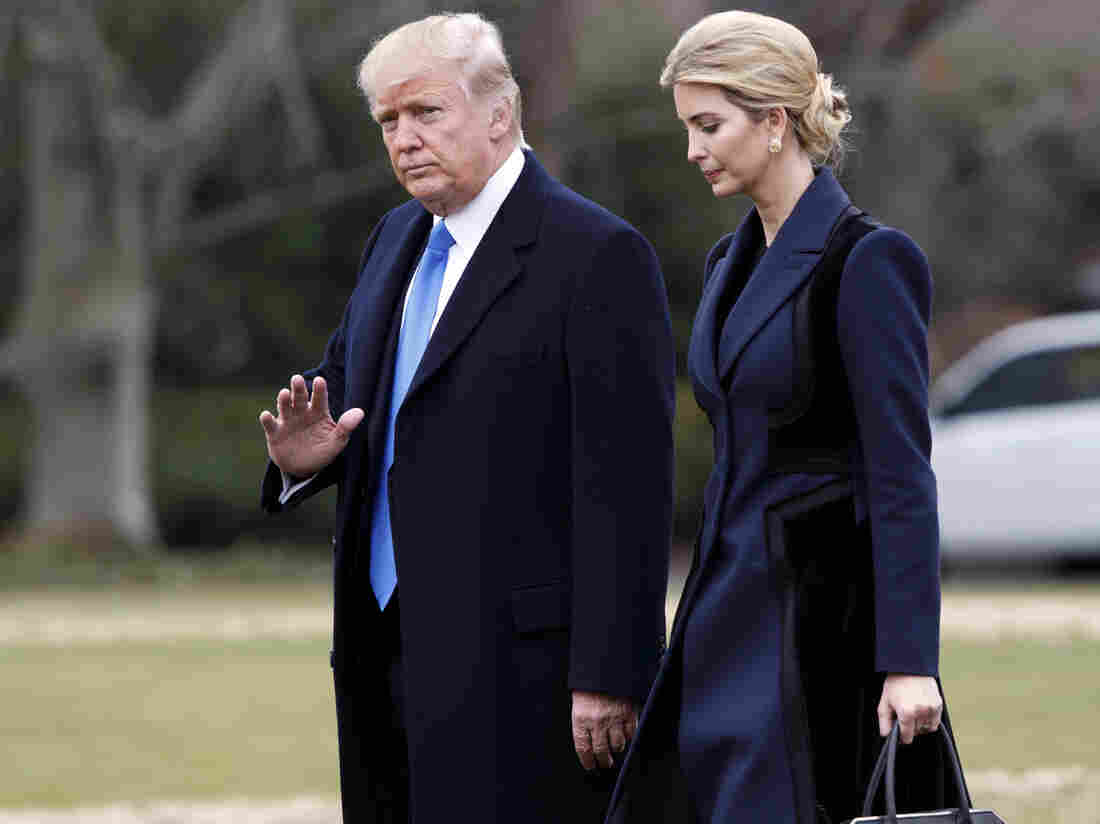 President Trump and his daughter Ivanka walk toward Marine One on the South Lawn of the White House in early February. Evan Vucci/AP hide caption 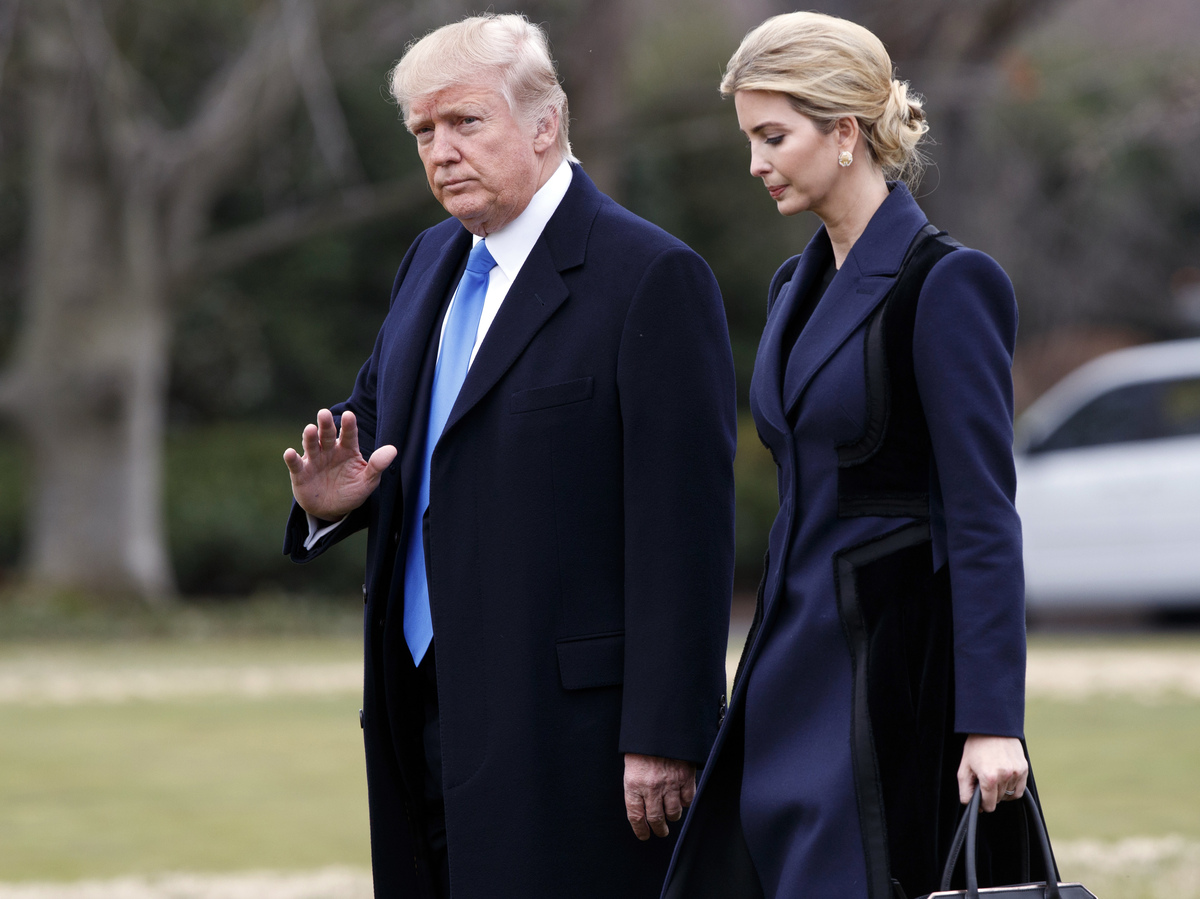 President Trump and his daughter Ivanka walk toward Marine One on the South Lawn of the White House in early February.

Days after retail giant Nordstrom announced that it will no longer sell Ivanka Trump's clothing label, the president struck back, accusing the Seattle-based department store chain of treating his daughter "so unfairly."

My daughter Ivanka has been treated so unfairly by @Nordstrom. She is a great person -- always pushing me to do the right thing! Terrible!

Trump wrote, "My daughter Ivanka has been treated so unfairly by @Nordstrom. She is a great person — always pushing me to do the right thing! Terrible!"

The same message was posted soon afterward on the president's official @POTUS account, sparking questions about a potential conflict of interest as the aggrieved father speaks with the weight of the White House.

"It's the use of public office for private gain," said Painter.

For its part, Nordstrom said its decision, announced six days ago, was "based on performance," according to a company spokesperson.

"Over the past year, and particularly in the last half of 2016, sales of the brand have steadily declined to the point where it didn't make good business sense for us to continue with the line for now. We've had a great relationship with the Ivanka Trump team. We've had open conversations with them over the past year to share what we've seen and Ivanka was personally informed of our decision in early January," said the spokesperson.

But the White House wasn't buying that. The president's spokesman, Sean Spicer, said Trump's tweet came after "an attack on his daughter."

"For people to take out their concerns about his actions, or his executive orders, on members of his family, he has every right to stand up for his family," said Spicer.

Spicer was apparently responding to reports of an internal company memo expressing support for its immigrant employees affected by Trump's executive order.

The relationship between the Trumps and some retailers carrying their products seems to be jumping track. The New York Times reports that managers at T.J. Maxx and Marshalls stores instructed employees to discard signs for Ivanka Trump products and to mix her merchandise in with other clothing racks.

Nordstrom is certainly not the first company to find itself in Trump's crosshairs. As a candidate, he criticized Macy's for dropping his line of shirts and ties after his disparaging comments about Mexican immigrants. As president, Trump has assailed General Motors for making cars in Mexico and Boeing for its costs in building a new Air Force One. Those remarks didn't involve his family.