Accessibility links
Defense Department Renting At Trump Tower Is Another Step Into Ethical Murk : The Two-Way The Department of Defense needs space for its people and equipment whenever Trump goes home to his Manhattan penthouse. The move has precedent, but likely will be far costlier than previous rentals. 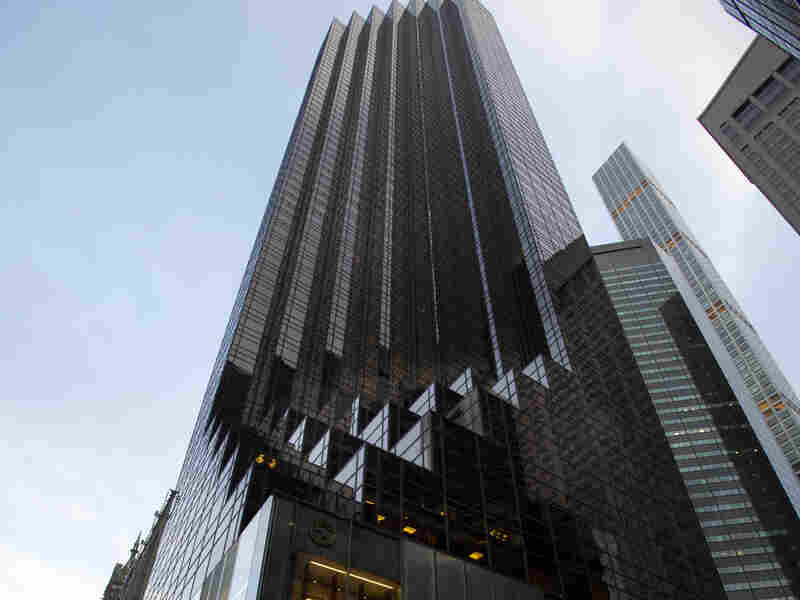 A floor of office space in Trump Tower, where President Trump lives with his family in a penthouse apartment, can rent for as much as $1.5 million a year. Mark Lennihan/AP hide caption 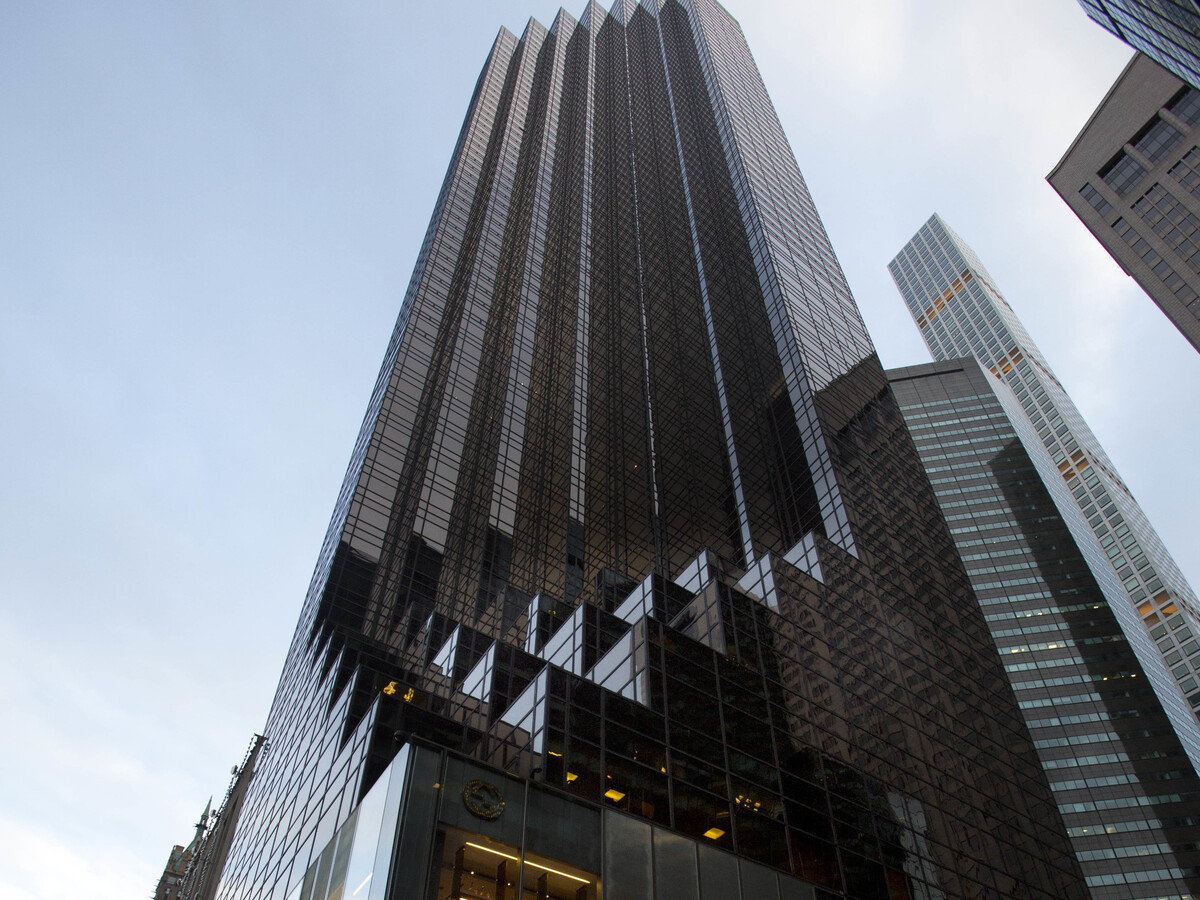 A floor of office space in Trump Tower, where President Trump lives with his family in a penthouse apartment, can rent for as much as $1.5 million a year.

The Defense Department's plan to lease space in Manhattan's Trump Tower is already raising ethical concerns, with critics saying it would give the nation's chief executive another way to profit off his new role.

"It creates the appearance that President Trump, through his businesses, may directly benefit financially from charging the Department of Defense to do its job," says Meredith McGehee, chief of policy, programs and strategy at Issue One, a nonprofit that works to remove money from politics.

A Pentagon spokesman said in a statement Tuesday night that the department was going through "appropriate channels" to acquire "a limited amount of leased space in Trump Tower."

Military officials travel with the president wherever he goes, and typically have to rent space to house personnel and communications equipment. When a president has a regular getaway — such as President George W. Bush's ranch in Texas — they may set up a semi-permanent base of operations.

"The president really can't be out of touch with the Pentagon or other national security officials, so you need redundant communications systems, whether it's at Trump Tower in New York or Mar-a-Lago in Florida," says Mark R. Jacobson, a former senior adviser to the Defense Department and a senior fellow at Salve Regina University. "Since 9/11, it's taken on an increased sense of importance, where you may need the president in communication for a national emergency, even if they're traveling at their home-away-from-home."

In this case, because Trump owns part of Trump Tower and his company manages the building, the Defense Department essentially would have to pay the president rent in order to carry out its mission. The Secret Service also has said it may lease space in the building.

Such an arrangement is unusual but not completely unprecedented: Vice President Biden rented a small cottage on his Delaware property to the Secret Service to work out of. But leasing office space in Trump Tower, a place where single floors can go for $1.5 million a year, promises to be vastly more expensive.

McGehee says the arrangement is one more example of how Trump has managed to use his business interests to profit off the presidency in ways never seen before. She points to the new Trump International Hotel in Washington, D.C., which some say has become a popular gathering spot for diplomats and government officials looking to curry favor with Trump.

"There is a growing list of interactions here between the president's business interests and the government, and that's troubling," she says.

"[Trump] should give them, for free, a very limited amount of space, and they can rent nearby if needed," he told The Washington Post.