Accessibility links
Appeals Court Rejects Bid To Reinstate Trump's Travel Ban : The Two-Way The 3-0 decision is a setback for President Trump, who had previously called into question the courts' authority to review his actions. 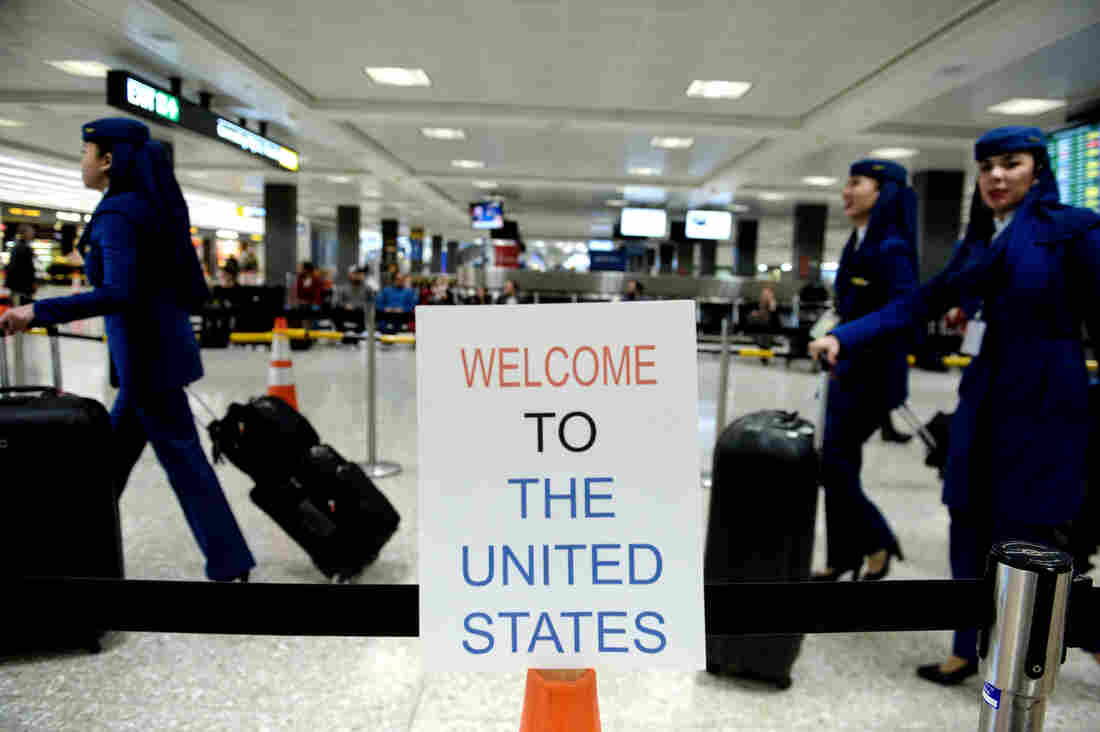 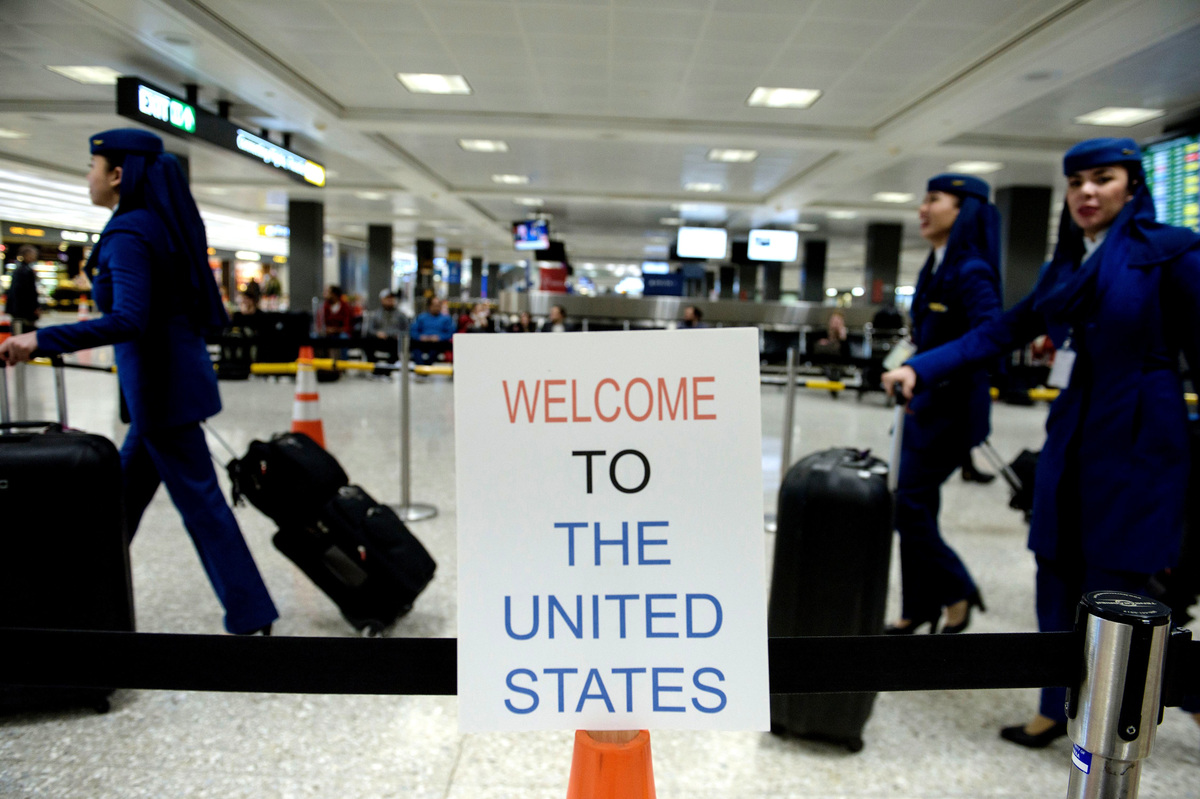 A federal appeals court has unanimously rejected a Trump administration request to allow its travel ban to take effect.

The three-judge appeals panel declined to overturn a lower court's order suspending the president's ban against entry into the United States by refugees and travelers from seven majority-Muslim nations.

The travel ban was put on hold by federal district Judge James L. Robart of Seattle, who issued a nationwide restraining order on Feb. 3. Robart said that the two states challenging the ban, Washington and Minnesota, had shown that their residents and universities were harmed by Trump's action. The administration then asked the appeals court for an emergency stay of Robart's restraining order.

Amid Travel Ban Debate, Chefs And Food Brands Take A Stand On Immigration

But the judges dismissed the administration's request, saying that it had to show that it is likely to succeed in the trial court on the merits of its appeal.

"[We] hold that the Government has not shown a likelihood of success on the merits of its appeal, nor has it shown that failure to enter a stay would cause irreparable injury, and we therefore deny its emergency motion for a stay," wrote the panel.

President Trump tweeted his reply, indicating he will appeal.

SEE YOU IN COURT, THE SECURITY OF OUR NATION IS AT STAKE!

Trump also spoke briefly with reporters outside his press secretary's office after the ruling was announced and, as reported by Reuters, called the decision political and predicted the administration would ultimately win.

The result is a rebuke to the White House. In oral arguments heard on Tuesday, the panel vigorously quizzed attorneys both for the administration and for the state of Washington, the lead plaintiff, which originally filed the suit challenging the travel ban.

The solicitor general for the state of Washington, Noah Purcell, argued that the travel ban is discriminatory and violates both federal statutes and the U.S. Constitution. He told the court that the judiciary's role is to step in and check the abuses of the executive branch.

But August Flentje, special counsel to the assistant attorney general, argued that the president has the ultimate authority to protect the national security and that his action in that regard — namely, the travel ban — was unreviewable by the courts.

In their ruling, the judges were unequivocal. "There is no precedent to support this claimed unreviewability, which runs contrary to the fundamental structure of our democracy," the court wrote.

The judges also said that the administration had also failed to show it would suffer "irreparable injury" if its travel ban were not allowed to go back into effect. Acknowledging the government's interest in combating terrorism, the judges nonetheless wrote, "The Government has pointed to no evidence that any alien from any of the countries named in the Order has perpetrated a terrorist attack in the United States. Rather than present evidence to explain the need for the Executive Order, the Government has taken the position that we must not review the decision at all."

The states challenging the president's travel ban won on virtually every issue, says Carl Tobias, a law professor at the University of Richmond School of Law.

"The order was unanimous. The panel found that the states had standing, that the executive order was reviewable by the court, that the U.S. was not likely to succeed on the merits and that it had not shown that a stay was necessary to avoid irreparable injury," said Tobias.

With Travel Ban On Hold, Somali Refugees Take Off For The U.S.

With Travel Ban On Hold, Somali Refugees Take Off For The U.S.

In a news conference, Purcell declared victory. "What we argued is it's the role of the courts to say what the law is, and to serve as a check on the executive branch, and that's what the court has done in this opinion, in this excellent opinion, with this well-reasoned, careful, thoughtful opinion that seriously considered all the government's arguments and rejected them," he said.