Accessibility links
Chaffetz's Support Of Trump Brings Boos And Jeers At Utah Town Hall : The Two-Way The powerful chairman of the House Oversight Committee said that Trump, as president, is exempt from conflict of interest laws and that he would not launch an investigative "fishing expedition." 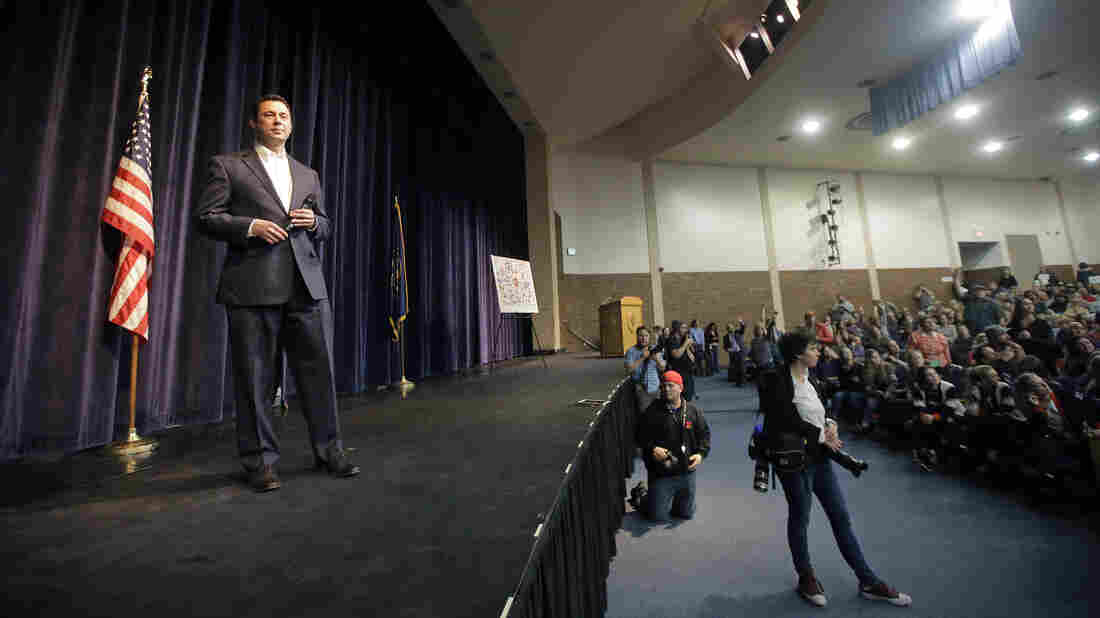 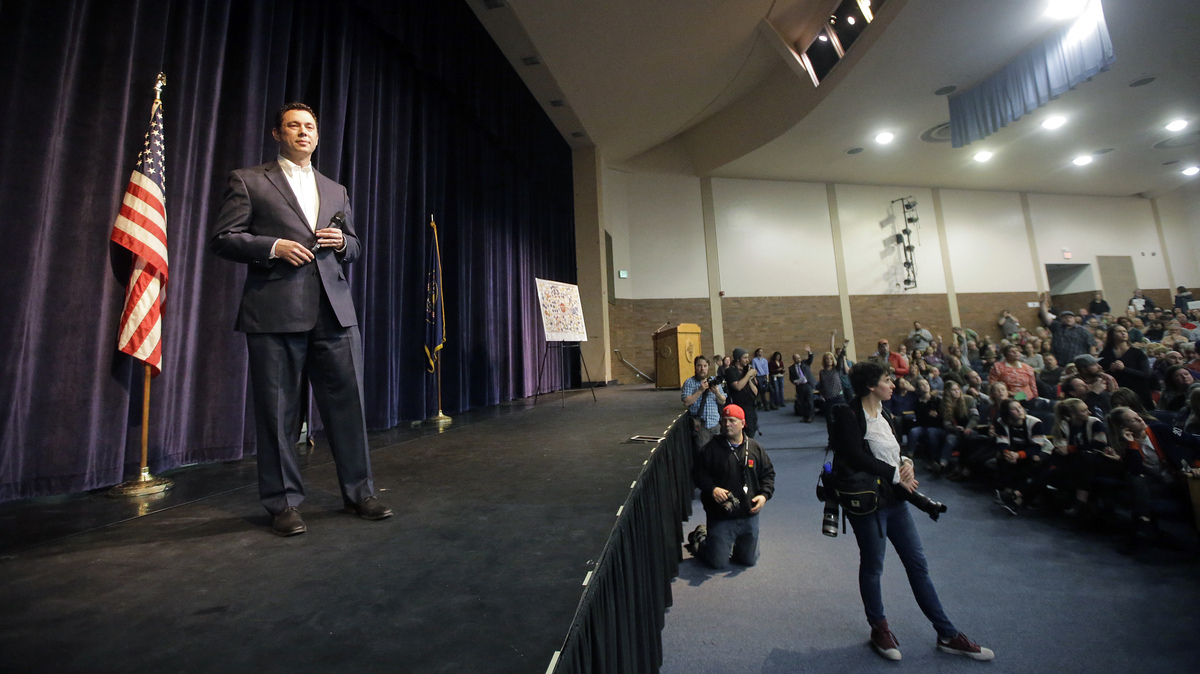 U.S. Rep. Jason Chaffetz, R-Utah, faced boos and jeers from Utahns in his home district during a rowdy town hall Thursday night in the suburbs outside Salt Lake City.

More than 1,000 people packed into the auditorium of Brighton High School for the noisy forum, with hundreds more stuck outside.

Amid near-constant shouts and interruptions, Chaffetz was asked about everything from his controversial public lands bills to efforts to defund Planned Parenthood to President Trump's executive order temporarily prohibiting travelers of seven Muslim-majority countries from entering the United States.

.@jasoninthehouse comes out to sustained boos. Insists that everyone say pledge before starting. #utpol pic.twitter.com/372Z6eBR0y

But the issue those in attendance raised most was Trump himself, and whether Chaffetz, as head of the powerful House Oversight and Government Reform Committee, planned to investigate the president's potential business conflicts as vigorously as he did Hillary Clinton's use of a private email server.

Chaffetz reiterated his position that Trump, as president, is exempt from conflict of interest laws and that he would not abuse his authority as committee chairman to go on a "fishing expedition."

Crowd starts shouting "Do your job" after Q about Oversight. This video is him defending his vote for Trump. #chaffetztownhall pic.twitter.com/9fNnP5W6EB

Chaffetz later added that he had sent a letter on Thursday to the Office of Government Ethics drawing issue with Trump aide Kellyanne Conway's recent endorsement of merchandise marketed by the president's daughter Ivanka Trump — but that did little to appease the crowd.

One person who identified herself as a retired Salt Lake City teacher asked Chaffetz what his "line in the sand was" pertaining to Trump's many controversies, to which the congressman replied, "the law."

Organizers brought "Agree" and "Disagree" signs to hold up during the meeting, but most stuck to yelling, booing and the occasional "Do your job!" chant.