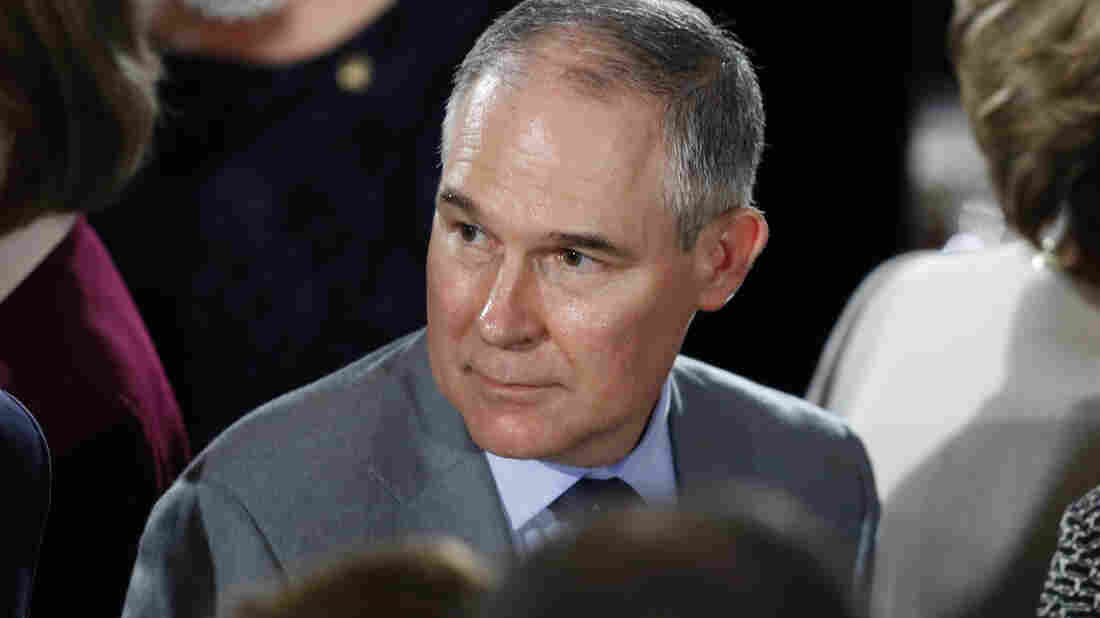 Days before this week's Alaska Forum on the Environment, the EPA said it was sending half of the people who had planned to attend. The nomination of Oklahoma Attorney General Scott Pruitt, President Trump's pick to head the EPA, is still pending confirmation. Aaron P. Bernstein/Getty Images hide caption 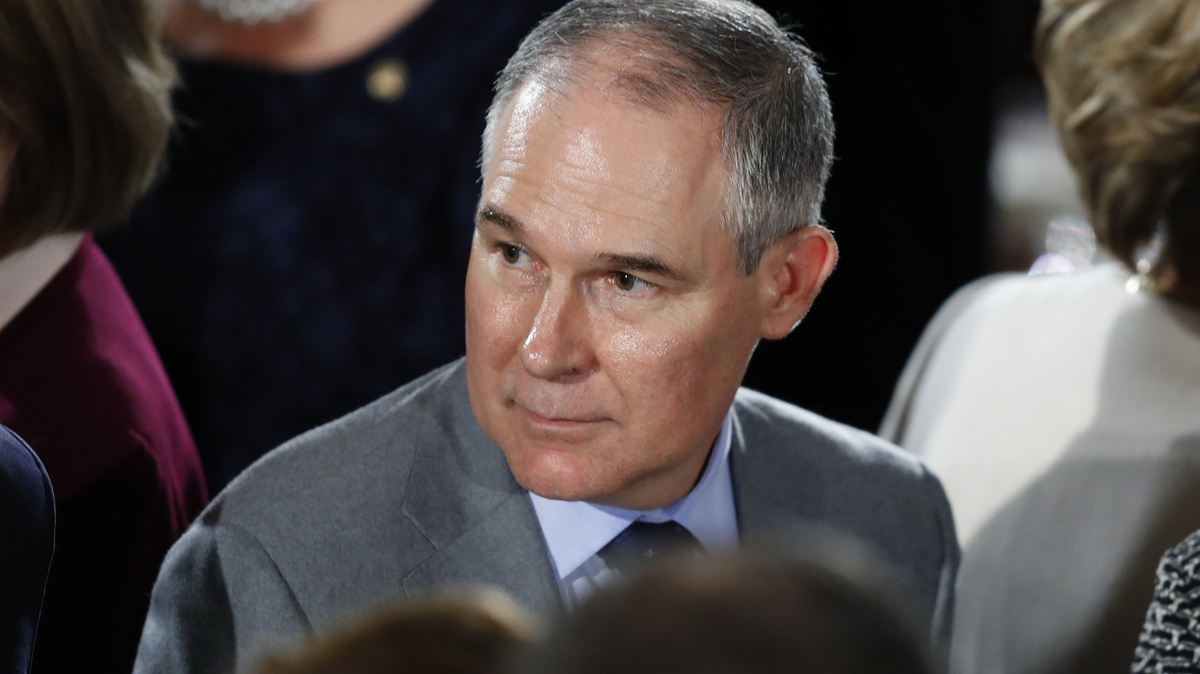 Days before this week's Alaska Forum on the Environment, the EPA said it was sending half of the people who had planned to attend. The nomination of Oklahoma Attorney General Scott Pruitt, President Trump's pick to head the EPA, is still pending confirmation.

The Environmental Protection Agency's presence at an environmental conference in Alaska this week was cut in half, after the Trump administration's transition officials ordered the change. The agency had helped to plan the Alaska Forum on the Environment — but days before it was to start, word came that half of the EPA's 34 planned attendees wouldn't be making the trip.

"We were informed that EPA was directed by the White House transition team to minimize their participation in the Alaska Forum on the Environment to the extent possible," forum director Kurt Eilo says.

The change has created awkward scenes at the conference, particularly at events meant to highlight the EPA's role in Alaska, a state known for both its pristine ecosystems and its oil production.

More than a thousand people attend the multiday event in downtown Anchorage each year, and the EPA is normally a major partner. This year, agency officials were scheduled to take part in about 30 sessions on everything from drinking water and sanitation in rural Alaska to climate change adaptation.

In an emailed statement, EPA transition official Doug Ericksen says the decision to cut back is an effort to limit excessive travel costs. He says a review last week found that EPA spent $44 million on travel last year, including sending employees to 25 outside conferences. When officials learned that 34 employees were slated to attend the Alaska event, they slashed the number to 17.

"This is one small example of how EPA will be working cooperatively with our staff and our outside partners to be better stewards of the American people's money," Ericksen said.

Some EPA staff whose plans to attend the conference were revoked would have come from Seattle or Washington, D.C. — but Eilo said others are based just blocks away from the downtown Anchorage site.

Eilo himself was an EPA enforcement officer when he founded the Alaska conference two decades ago. He says this is the first time he can recall this happening. While he understands the impulse to review travel spending, he says the cutbacks also raise a red flag.

As the Alaska Dispatch News reports, one panel discussion that was to feature six EPA staffers Tuesday instead included two EPA representatives. While the topic had originally been planned to center on the agency's grant system, the officials instead fielded questions about changes at the EPA.

The order to reduce staff numbers at the conference is the latest sign of a shift in priorities for the EPA under a new president. Days after President Trump's inauguration, Ericksen said the agency's scientists will likely need to have their work reviewed on a "case by case basis" before it can be made public.

On Thursday, the fourth day of the weeklong conference in Anchorage, attendees kicked snow off their shoes as they walked into the Dena'ina Center. Many were unaware that the EPA presence had been slashed. Organizer Elio acknowledges that the agency worked hard to minimize disruption from the change in plans. In the end, only one of the conference's more than 100 sessions had to be canceled.

The conference drew attendees who had flown in from Alaska's rural communities where the EPA works with tribes to fund programs on drinking water, sanitation and trash collection. Breakout sessions focused on issues such as brownfield cleanup, emergency response and dealing with coastal erosion due to climate change.

Billy Maines is the environmental coordinator for the Curyung Tribal Council in Dillingham, Alaska, who also serves as an adviser to EPA Region 10 on its tribal programs. He said the agency's direct assistance to Alaska's rural communities is vital.

Maines and others worry the cutback on conference attendees might be a sign of broader, and more painful, budget cuts to come.

Trump's nominee for EPA chief is Scott Pruitt, the Oklahoma attorney general who has criticized — and repeatedly sued — the agency he's now in line to lead.

Pruitt's nomination was advanced to the full Senate last week, after Democrats on the Senate Environment and Public Works Committee refused to attend meetings that were meant to hold confirmation votes on Pruitt.

During his confirmation hearing weeks earlier, Pruitt said his past actions had been made out of concern for his home state and that if he were to lead the EPA, his decisions would be dictated by "the rule of law."

Pruitt, who has questioned climate change, also sought to answer critics who have faulted him for that stance, saying in a January hearing:

"Let me say to you, science tells us that the climate is changing and that human activity in some matter impacts that change. The ability to measure with precision the degree and extent of that impact, and what to do about it, are subject to continuing debate and dialogue. And well it should be."