Accessibility links
5 Key Points From The Appeals Court's Travel Ban Ruling : The Two-Way A three-judge panel ruled that the Trump administration had failed to show that anyone banned from U.S. under the Jan. 27 executive order had committed acts of terror. 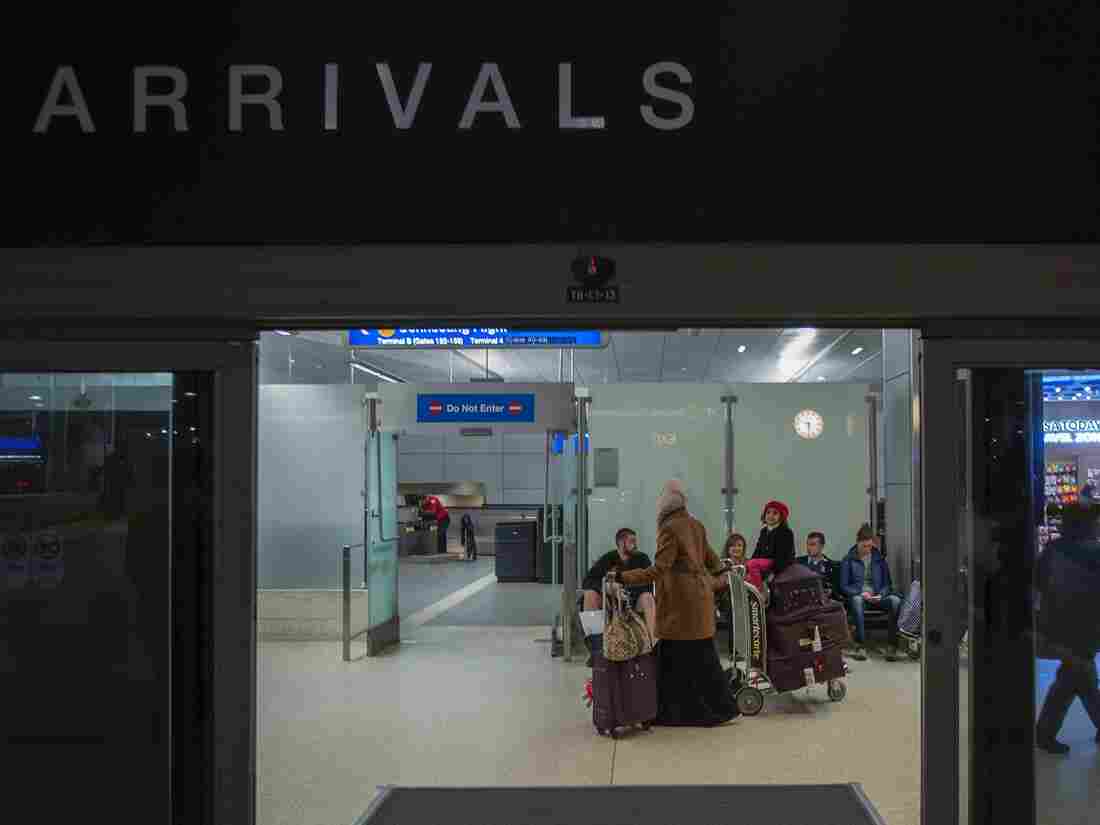 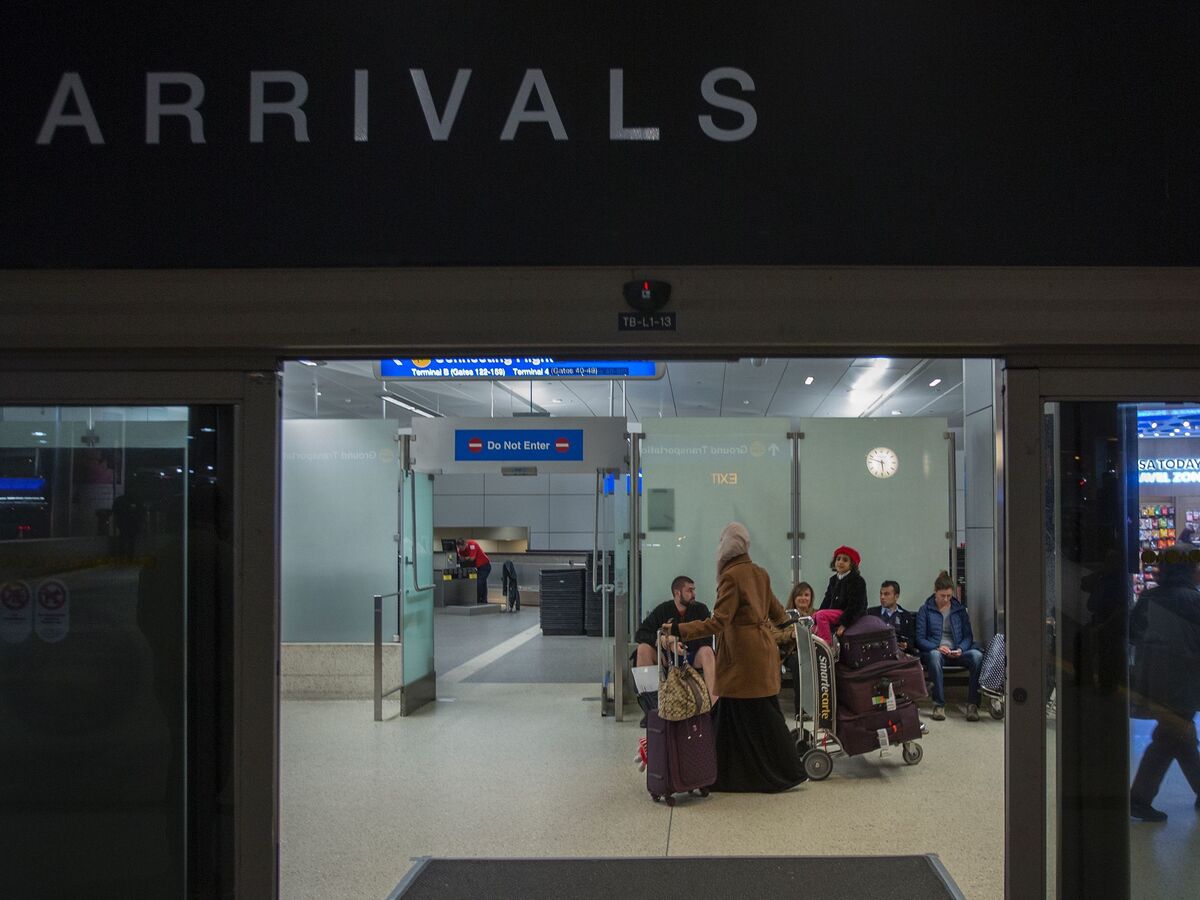 On Thursday, a three-judge panel of the 9th U.S. Circuit Court of Appeals issued a unanimous ruling that upheld a lower federal court's decision to temporarily block a Jan. 27 executive order on immigration.

The order also capped the total number of refugees allowed into the country this year at 50,000, far lower than the 110,000 that the Obama administration had allotted, as we've reported.

In a tweet, President Trump signaled that his administration would appeal.

On Friday, an administration official told NPR's Tamara Keith that the White House is reviewing every option, including a possible appeal to the Supreme Court on the lower court's temporary restraining order, and the administration is confident it will win on the merits of the case. The official also says the White House expects to issue other executive orders "that will keep the country safe from terrorism."

From the judges' ruling:

"[We] hold that the Government has not shown a likelihood of success on the merits of its appeal, nor has it shown that failure to enter a stay would cause irreparable injury, and we therefore deny its emergency motion for a stay. ...

"For the foregoing reasons, the emergency motion for a stay pending appeal is DENIED."

Lawyers for the Justice Department argued that the ban on travelers from the seven countries needed to be reinstated as a matter of national security.

The 9th Circuit panel did not accept that argument, writing, "The Government has pointed to no evidence that any alien from any of the countries named in the Order has perpetrated a terrorist attack in the United States."

The judges said the court could not "rely upon" statements by White House officials about how the executive order would be implemented, given the changing initial statements about whom the order would affect.

"At this point, however, we cannot rely upon the government's contention that the executive order no longer applies to lawful permanent residents. ... Moreover, in light of the government's shifting interpretations of the executive order, we cannot say that the current interpretation by White House counsel, even if authoritative and binding, will persist past the immediate stage of these proceedings."

Since the executive order was signed, different officials have offered varying guidance about whom it affects. For example, the initial word was that green card holders, those who are permanent legal residents in the U.S., would be barred, but the Department of Homeland Security later said green card holders could come and go if they obtained waivers.

Last week, White House press secretary Sean Spicer announced that White House Counsel Don McGahn had issued "authoritative guidance" and that green card holders "no longer need a waiver because if they are a legal permanent resident they won't need it anymore."

The judges also questioned how the federal government was making decisions on the implementation of the travel ban, writing, "The White House counsel is not the president, and he is not known to be in the chain of command for any of the executive departments."

Attorneys for the Justice Department said both in briefings and during Tuesday's oral arguments that courts lack the authority to review the president's travel ban, as NPR's Joel Rose reported.

But the court wasn't swayed by the argument that the president's order is unreviewable.

"[T]he government has taken the position that the president's decisions about immigration policy, particularly when motivated by national security concerns, are unreviewable, even if those actions potentially contravene constitutional rights and protections. ... There is no precedent to support this claimed unreviewability, which runs contrary to the fundamental structure of our constitutional democracy.

"It is beyond question, that the federal judiciary retains the authority to adjudicate constitutional challenges to executive action."

4. States can challenge the ban

The states of Washington and Minnesota argued in their lawsuit that individuals, businesses and universities were directly hurt by the travel ban. "For example, professors from the state university system who were overseas when that order took effect ... could not get back into the country," NPR's Joel Rose reported.

"We therefore conclude that the states have alleged harms to their proprietary interests traceable to the executive order. The necessary connection can be drawn in at most two logical steps: (1) the executive order prevents nationals of seven countries from entering Washington and Minnesota; (2) as a result, some of these people will not enter state universities, some will not join those universities as faculty, some will be prevented from performing research, and some will not be permitted to return if they leave."

The issue before the three-judge panel was fairly narrow: whether or not to overturn the lower court's temporary restraining order.

The lower court's decision was based in part on the states' claim that the executive order discriminated against refugees on the basis of their religion, and in so doing violated the Constitution.

While Thursday's ruling didn't really consider that issue, the three-judge panel did acknowledge what it called the "serious nature" of the religious discrimination claim:

"Washington also alleged that the Executive Order was not truly meant to protect against terror attacks by foreign nationals but rather was intended to enact a 'Muslim ban' as the President had stated during his presidential campaign that he would do.

"The Government has not shown that it is likely to succeed on appeal on its arguments about, at least, the States' Due Process Clause claim, and we also note the serious nature of the allegations the States have raised with respect to their religious discrimination claims. We express no view as to any of the States' other claims."