Accessibility links
Immigration Raids Are Reported Around The Country : The Two-Way ICE says it was targeting people with criminal records. Immigrant advocates charge the administration with creating a climate of fear. 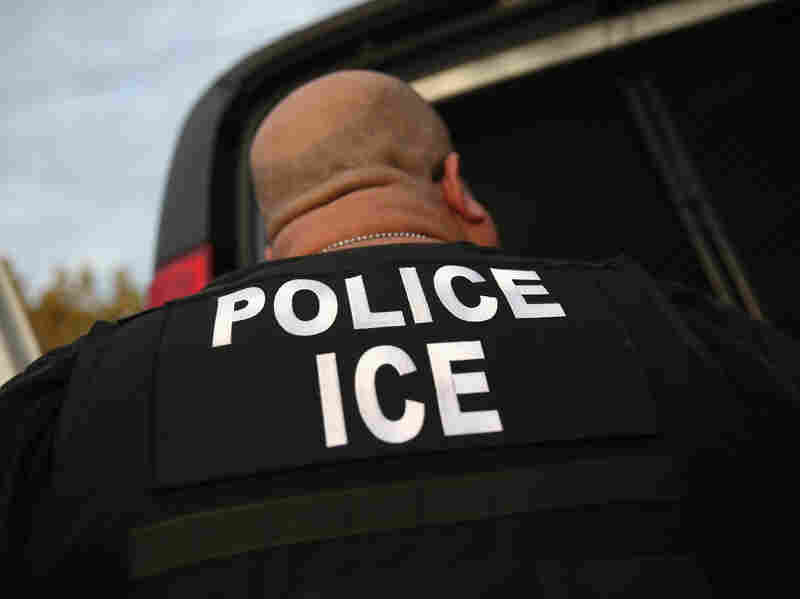 An Immigration and Customs Enforcement agent detains an immigrant in 2015 in Los Angeles. A new round of detentions this week has triggered complaints from immigrant advocates. John Moore/Getty Images hide caption 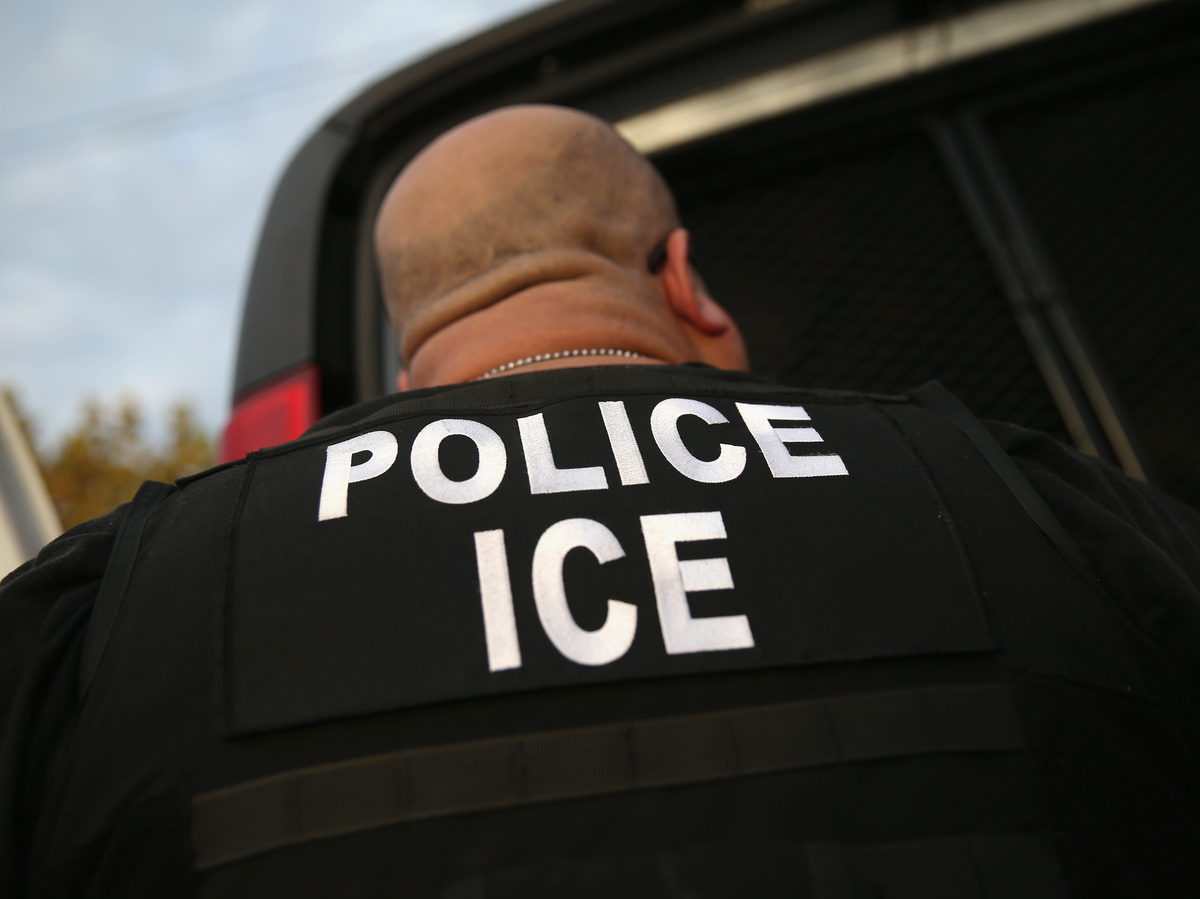 An Immigration and Customs Enforcement agent detains an immigrant in 2015 in Los Angeles. A new round of detentions this week has triggered complaints from immigrant advocates.

Federal immigration authorities launched a new wave of raids and other actions in several states over the past five days aimed at sweeping up people who are in this country illegally.

It's not known how many people were rounded up across the country, but immigration advocates say they've received reports of raids in California, Texas, Virginia, North Carolina, Georgia, New York and Kansas. The ICE operations are the first to take place since President Trump issued his Jan. 26 executive order expanding the priorities for enforcement.

President Trump has promised to deport 2 to 3 million immigrants with criminal records, but immigration experts say that while the Department of Homeland Security estimates there are 1.9 million "removable criminal aliens" in the United States, only about 690,000 are in this country illegally and have been convicted of a felony or serious misdemeanor.

Preliminary reports from southern California give an indication of the scope of the ICE operations. An official with Immigration and Customs Enforcement, or ICE, in southern California, David Marin, called the actions routine "surge operations" that target "priority cases," in other words, people in this country illegally who have criminal convictions.

"We made 161 arrests, and of those 161, 151 of those had prior criminal convictions. ... The majority of them were felons and those felons which had prior convictions included sex offenses, domestic violence, assault, robbery and weapons violations, just to name a few," said Marin in a press teleconference held late Friday.

Marin said that of the ten others, five had impending deportation orders or had been deported and had illegally returned to the United States. The remaining five had no criminal records, but were in this country without documents.

Immigrant advocates dispute officials' claims that the operations were routine.

"What they're trying to do is a really concerted effort to instill fear and terrorize our communities," said David Abud, an organizer with the National Day Labor Organizing Network based in Los Angeles told NPR.

"It's a way in which Trump and ICE are retaliating against sanctuary jurisdictions," he added.

As we reported in the Two-Way, the majority of people in this country illegally are concentrated in 20 metropolitan areas in the country.

The Washington Post quoted one immigration official who was not authorized to speak publicly because of the sensitive nature of the operation as saying, "Big cities tend to have a lot of illegal immigrants. They're going to a target-rich environment."

There were anecdotal reports of ICE staging traffic checkpoints and random sweeps of people suspected of being here illegally. ICE's Marin called those reports "dangerous and irresponsible."

Marin declined to discuss any connection between the raids and the president's recent executive order, except to say that the operations had been planned for weeks before that order was issued.