Accessibility links
Yale Renames Calhoun College Over Namesake's Support Of Slavery : The Two-Way After much debate, Yale University announced Saturday that it's changing the name of a residential college that honors a 19th century alumnus who ardently supported slavery. 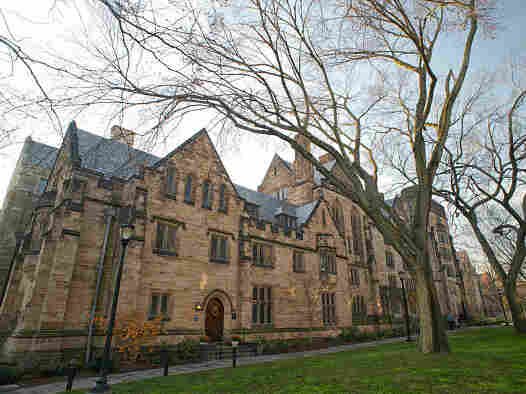 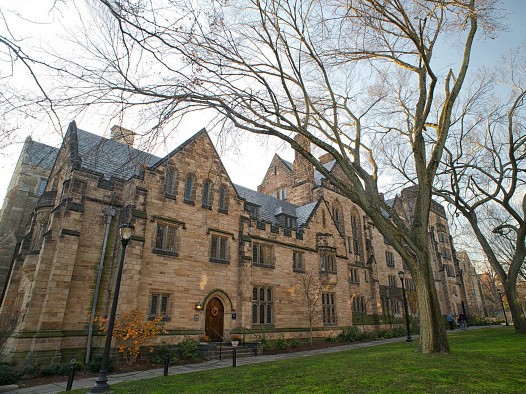 Calhoun College part of Yale University built in 1933, in collegiate gothic style architecture. The residential college is to be renamed in honor of 1930s alumnus and computer scientist Grace Murray Hopper.

Yale University announced Saturday that it will change the name of one of its esteemed residential colleges, Calhoun College, named after ardent supporter of slavery and prominent 19th century alumnus, John C. Calhoun.

The vote by the Ivy League's trustees comes after years of debate and it overturns last April's decision to keep the name. That decision had fueled campus protests from student activists.

The new name will honor computer scientist Grace Murray Hopper, who graduated from Yale in the 1930s. She's noted for inventing a pioneering computer programming language and being a Navy rear admiral.

In announcing the new name, President Peter Salovey said, "We have a strong presumption against renaming buildings on this campus. ... I have been concerned all along and remain concerned that we don't do things that erase history. So renamings are going to be exceptional."

Calhoun College was established in the early 1930s.

A native of South Carolina, Calhoun served as vice president of United States under presidents John Quincy Adams and Andrew Jackson, as well as secretary of state, secretary of war, and United States Senator. He was an ardent supporter of slavery until his death in 1850.

"John C. Calhoun. White supremacist. Ardent defender of slavery as a positive good," Salovey said. "Someone whose views hardened over the course of his life, died essentially criticizing the Declaration of Independence and its emphasis on all men being created equal."

The name change in honor of Hopper is set to take effect in time for the 2017-2018 academic year.

Salovey described Hopper as "a visionary in the world of technology" and trailblazer in historically male-dominated fields.

According to the Associated Press, "She retired as a Navy rear admiral at age 79, and died in 1992 at age 85. She was posthumously awarded the presidential medal of freedom last year."

Salovey said he hopes the Yale community will "embrace Grace Hopper and get to know her better."