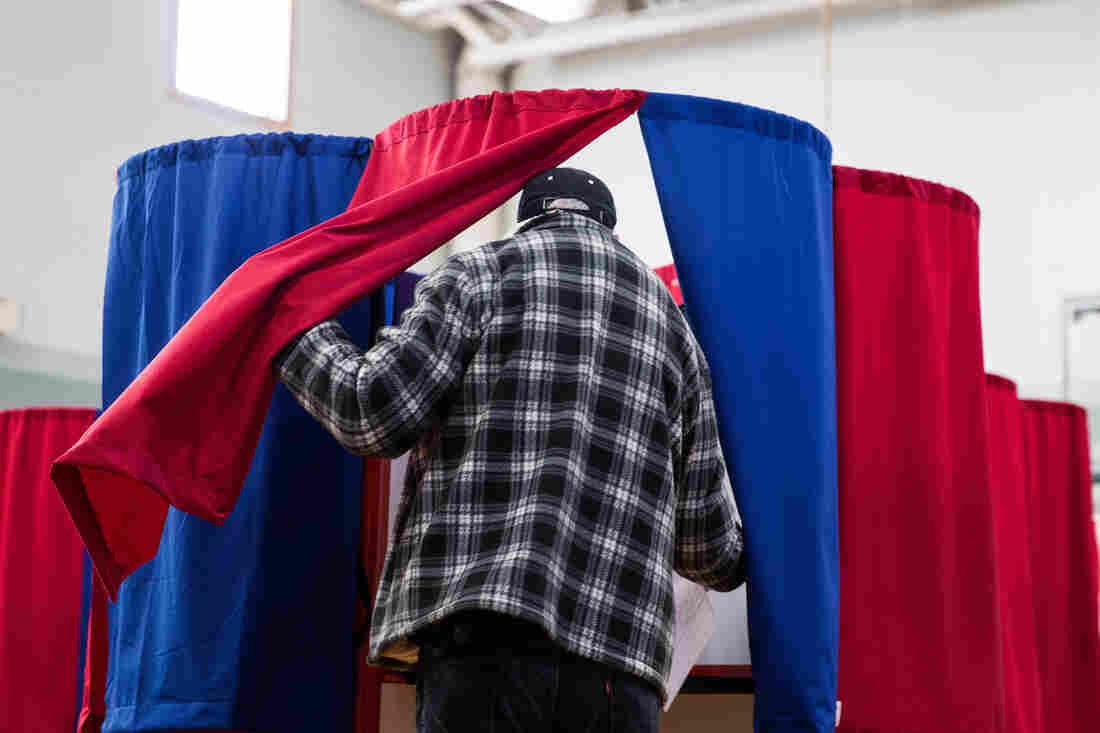 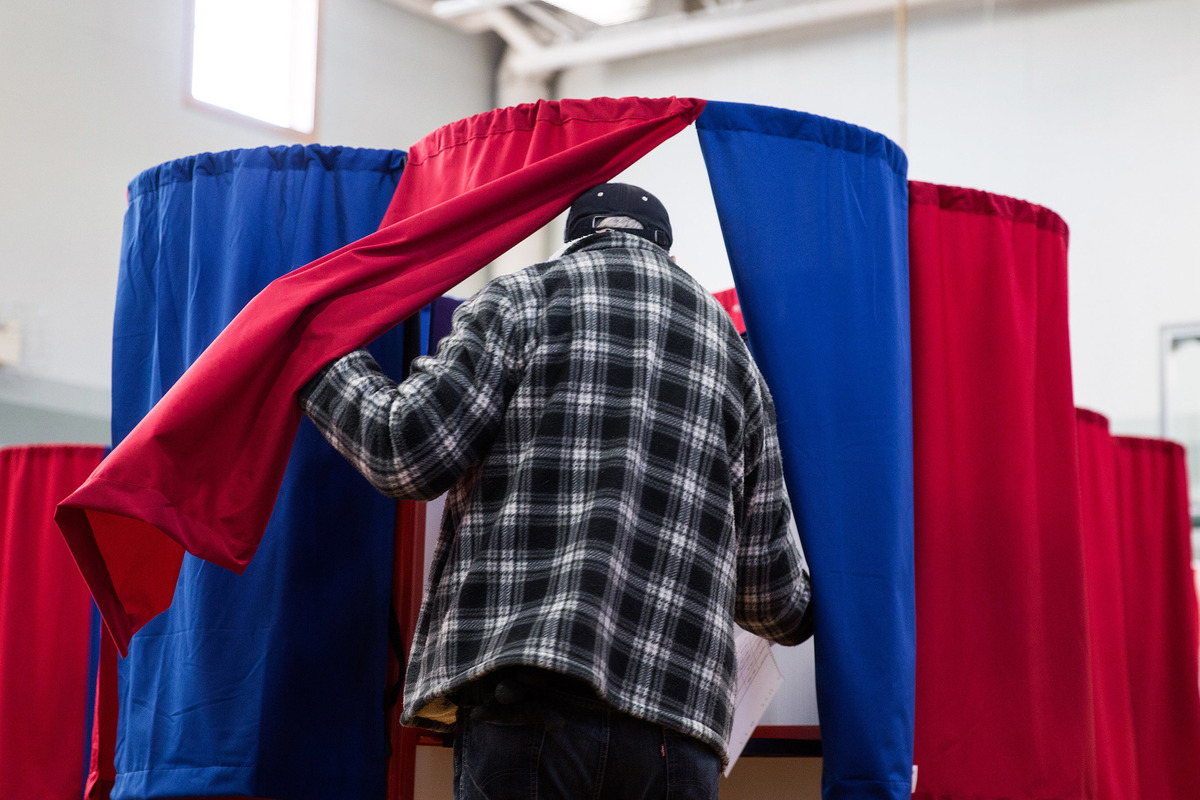 Voters went to the polls at Amherst Street Elementary School on November 8, 2016, in Nashua, N.H.

White House adviser Stephen Miller doubled down on the Trump administration's groundless claims of voter fraud in New Hampshire — and across the nation — during in an interview on ABC's This Week on Sunday.

Earlier this week President Trump claimed, with no evidence, that voters from Massachusetts were bused to New Hampshire to vote illegally.

8 Fact-Checks On The Trump Administration This Week

A member of the Federal Election Commission called it an "extraordinarily serious and specific charge" and asked Trump to "immediately share his evidence with the public."

Miller said the show was "not the venue" to supply evidence, but repeated the baseless claim multiple times. He said in part:

New Hampshire's secretary of state has said there is no proof of buses appearing at polling places, and that a large number of voters arriving like that would have attracted attention.

As Politifact noted in November, New Hampshire law requires voters to either show valid ID or have their photo taken and sign an affidavit swearing to their identity. If they sign the affidavit, a confirmation letter is sent to their address to check that it is correct.

The New Hampshire voting fraud claims are a variant on a frequently repeated Trump claim of nationwide voter fraud — which is also unfounded.

But Miller stood by those claims too, saying in part:

The White House has not provided "enormous evidence" of massive nationwide voter fraud.

Trump has repeatedly claimed that widespread fraud in the 2016 election led to "millions" of fraudulent votes, causing Hillary Clinton to win the popular vote. As NPR has reported several times, there is no evidence to support this allegation.

"This is not true, no matter how many times Trump and his surrogates repeat it," NPR's Jessica Taylor and Danielle Kurtzleben reported on Jan. 29. "The administration has never provided proof of this claim."

Former Trump staffer Jason Miller did cite two sources, claiming they backed up Trump's allegations. But Danielle took a close look at those sources and found they do not support Trump's claims. Here's what she wrote on Jan. 24:

"In addition, one of the authors of that heavily criticized study himself later rejected attempts to use that study to prove fraud.

" 'On the right there has been a tendency to misread our results as proof of massive voter fraud, which we don't think they are,' wrote Old Dominion University political science professor Jesse Richman in a blog post.

"In another post, he further pointed out that even if one did extrapolate from his study, it does not imply that illegal votes would have affected the outcome of the 2016 presidential election, because it simply was not a close election. Though Trump won the electoral vote, Hillary Clinton won the popular vote by nearly 3 million votes.

"Miller also cited a 2012 Pew Charitable Trusts report on the state of states' voting systems. And that report did reveal some troubling statistics. For example, it found that 2.8 million people are registered to vote in more than one state and that 24 million registration records "are estimated to be inaccurate or no longer valid."

"That means voting systems could definitely be modernized in some ways.

"However, that is not at all evidence of fraudulent voting, as the study's main author pointed out on Twitter."

Here Are The Problems With The Trump Team's Voter Fraud Evidence

You can read a more in-depth analysis of both the Monkey Cage post and the Pew survey here.