Accessibility links
Pollution Has Worked Its Way Down To The World's Deepest Waters : The Two-Way Tiny creatures in the Mariana Trench have high levels of industrial contamination. The new findings suggest that even Earth's most remote locales feel the effects of human beings. 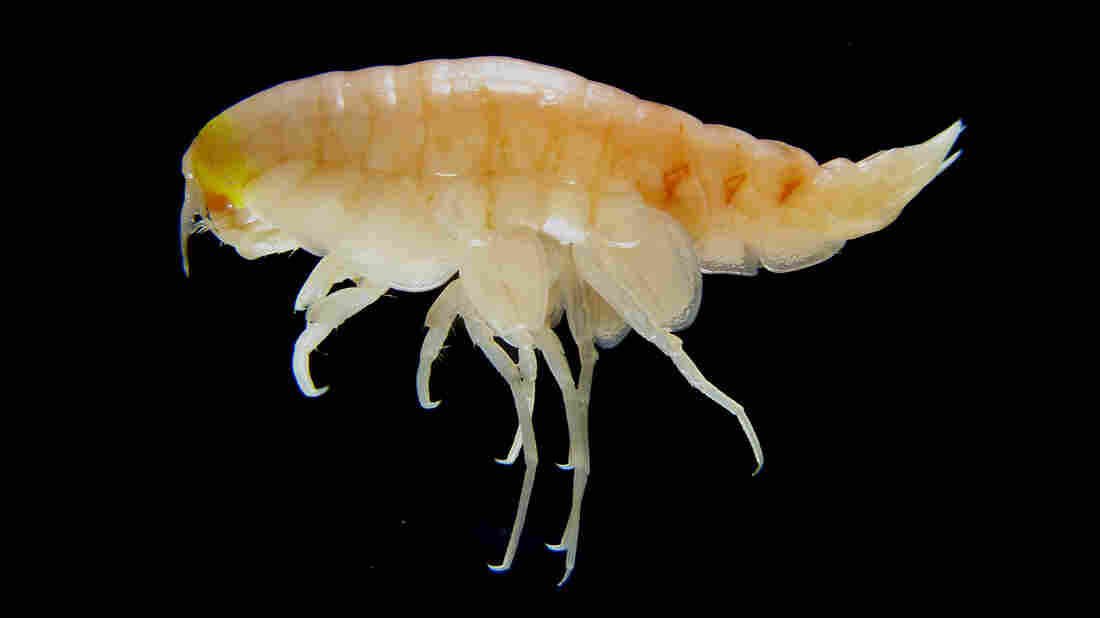 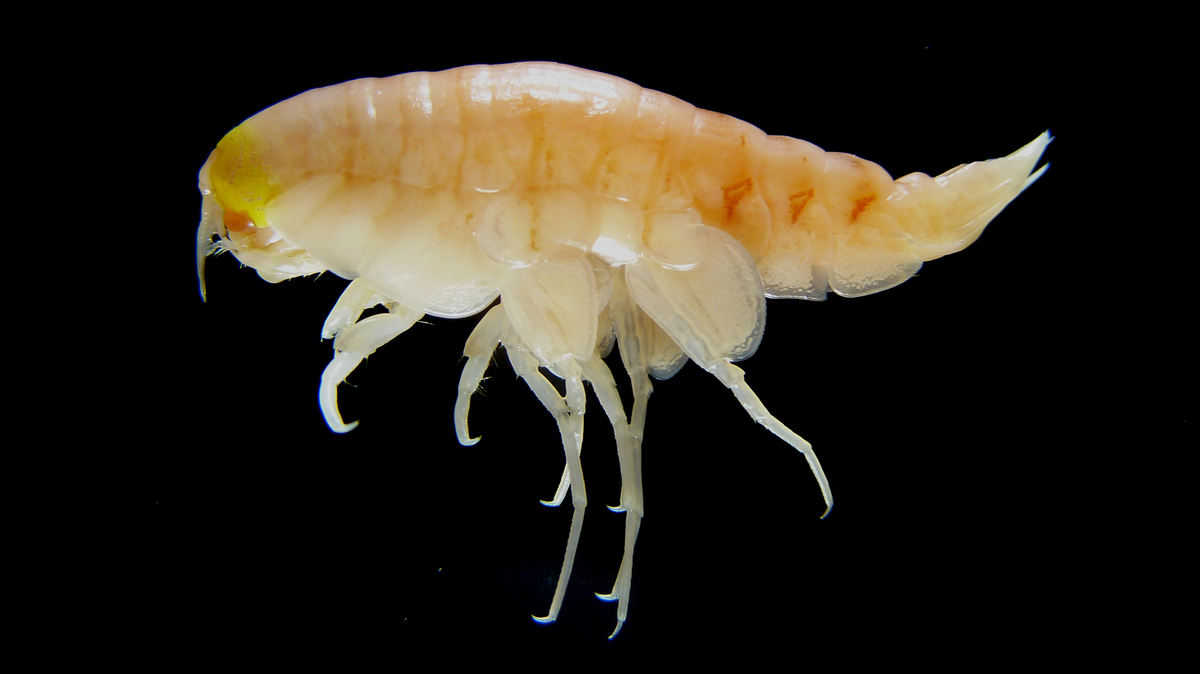 Tiny, shrimplike amphipods living in the Mariana Trench were contaminated at levels similar to those found in crabs living in waters fed by one of China's most polluted rivers.

The Mariana Trench in the northern Pacific is the deepest part of the world's oceans. You might think a place that remote would be untouched by human activity.

But the Mariana Trench is polluted.

At its deepest — about 7 miles down — the water in the trench is near freezing. The pressure would crush a human like a bug. Scientists have only recently explored it.

Among them is biologist Alan Jamieson of Newcastle University in England. His team dropped what they call a mechanical "lander" down into the trench. It had cameras and water samplers and some baited traps. They didn't really know what they'd find.

When the lander surfaced, the traps contained amphipods — shrimplike crustaceans. That wasn't terribly surprising, as amphipods are known to live at great depths. But bringing them back from the Mariana Trench was a rarity, and Jamieson thought there might be something to learn from them. He took the creatures to an environmental scientist.

"So we just sort of turn up with this really weird looking animal," he says, "and joking aside, he came back and said these are really badly contaminated."

The amphipods were contaminated with PCBs — polychlorinated biphenyls — toxic chemicals used for decades in industry, as well as other industrial pollutants known as persistent organic pollutants.

"Every sample we had," Jamieson says, "had contaminants in it at very high or extraordinarily high levels."

How high? He compared the contamination level in his Mariana amphipods to crabs living in waters fed by one of China's most polluted rivers, as well as amphipods from other parts of the world. "And what we were finding in the deepest place in the world were (levels) hugely higher, 50 times in some cases," he says.

The team found the same thing in another deep sea trench in the Pacific --heavily contaminated amphipods.

Jamieson, who was at the University of Aberdeen in Scotland when he did the research, describes the results in the journal Nature Ecology & Evolution. He thinks the pollutants might get to the trenches by latching on to plastic that's floating in the ocean. Fish and other marine animals absorb pollutants, as well. Eventually, the plastic and the dead animals fall to the bottom. Like dirt in your house, a lot of it will collect at the lowest points. It's simply a matter of gravity, and the trenches are as deep as it gets.

PCBs were banned decades ago. But they're still out there. Marine biologist Katherine Dafforn at the University of New South Wales in Australia says the discovery of such high levels in these trenches is "disturbing."

"A lot of chemicals will have far-reaching impacts that we don't necessarily know about," Dafforn says.

And those impacts might be in places that people don't pay much attention.

Jamieson says just because pollution is out of sight doesn't mean it's harmless. "We've got to remember, planet Earth is mostly deep sea," he says, "and to think that it's OK just to ignore it is a little bit irresponsible."