Accessibility links
U.S. Treasury Sanctions Venezuelan Vice President Over Drug Trade Allegations : The Two-Way The Trump administration accuses Tareck El Aissami of playing a "significant role" in international narcotics trafficking. As a result of the designation, his assets in the U.S. will be frozen. 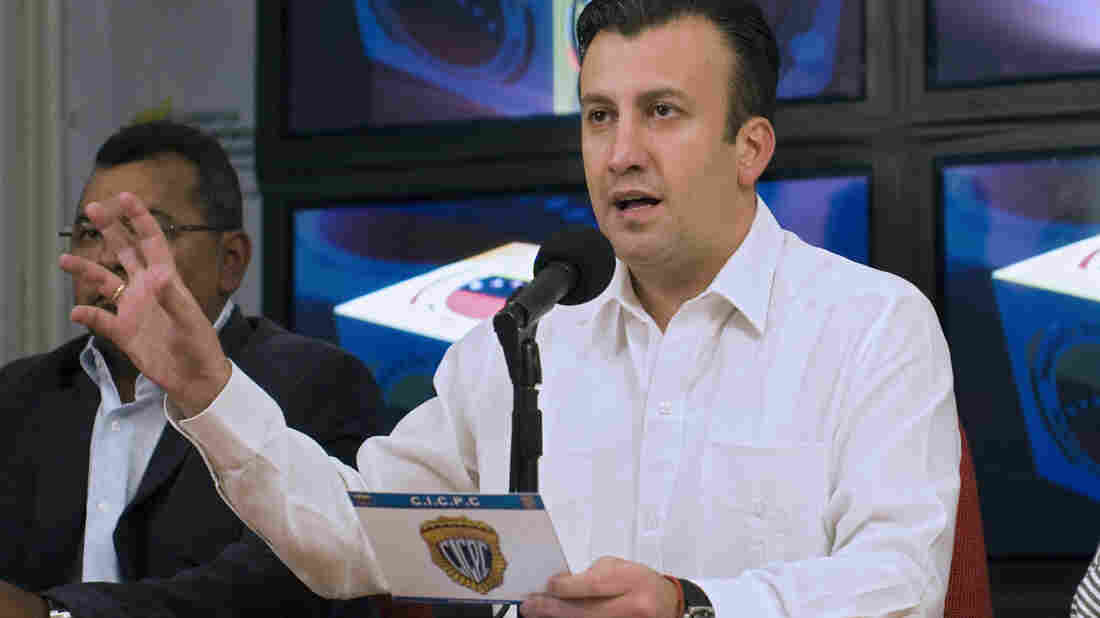 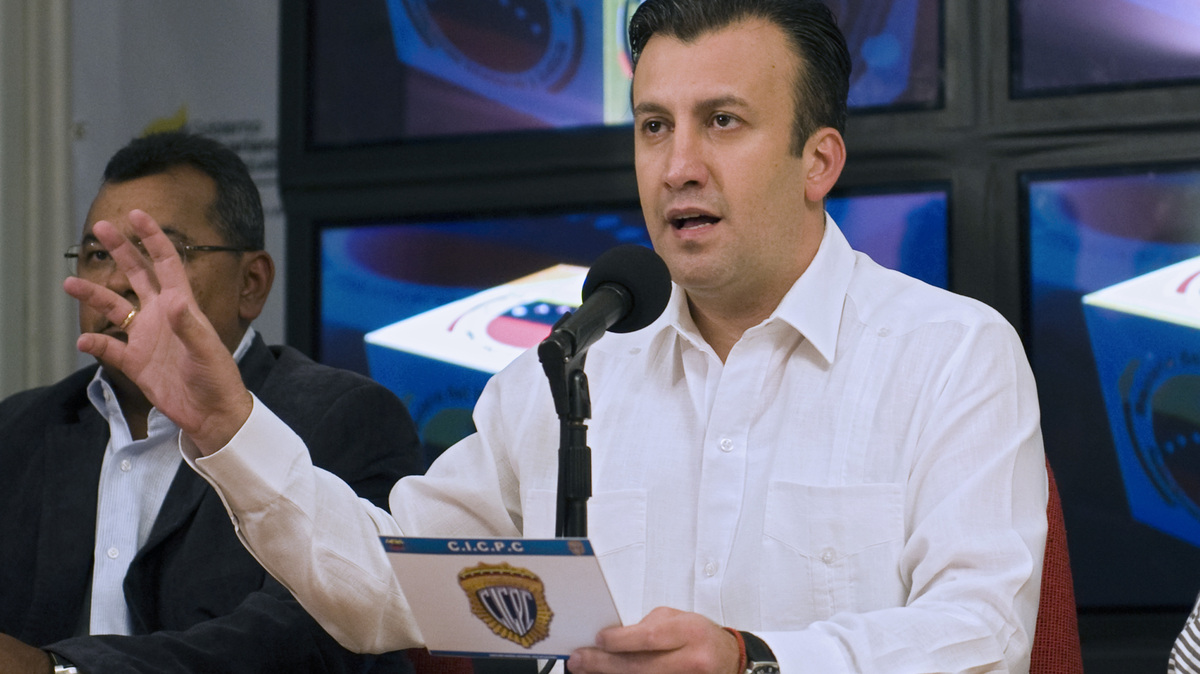 The U.S. Treasury is imposing sanctions on Venezuelan Vice President Tareck El Aissami, accusing him of being personally and significantly involved in the international narcotics trade.

El Aissami's designation as a "Foreign Narcotics Kingpin" on Monday means his assets in the U.S. are now frozen, and that U.S. citizens will be barred from doing business with him.

The Treasury Department is also designating a second man — Samark Lopez — as a narcotics trafficker. The same sanctions apply to Lopez, as well as to several businesses associated with the men.

Trump administration officials say that El Aissami, who became vice president last month, has been under investigation for years. They say that his sanctioning is not related to his role as vice president and is not meant to send a political or diplomatic message.

"The announcement, made on the Treasury Department's website late in the day, is bound to ratchet up tensions between the U.S. and its harshest critic in Latin America," The Associated Press notes. "El Aissami is the most senior Venezuelan official to ever be targeted by the U.S."

Administration officials would not comment on whether the Justice Department was pursuing any criminal indictment of either man.

This is not the first time El Aissami, a former governor of the state of Aragua, has been accused of drug trafficking. In 2015, The Wall Street Journal named him as one of several powerful Venezuelan officials being investigated on charges of narcotrafficking.

He's also been accused of ties to terrorism, including in a recent CNN report, although the Trump administration says the sanctions announced Monday are only in response to narcotrafficking.

Earlier this month, a group of bipartisan lawmakers wrote a letter to President Trump asking for sanctions on some officials in Venezuela, and a "thorough" investigation of El Aissami in particular. They cited his "alleged ties to drug trafficking and terrorist organizations."

El Aissami, as the AP notes, has always denied any criminal activity.

The wire service, citing a former government official, reports that the sanctions on El Aissami were "months in the making" but were held up under the Obama administration by concerns it would interfere with diplomacy — specifically, with talks between the Venezuelan government and the opposition, and with efforts to win the release of a U.S. citizen.

"Tensions between the U.S. and Venezuela have been on the rise for years," the AP writes. "The countries haven't exchanged ambassadors since 2010."

The Treasury Department emphasizes that sanctions Venezuela's vice president are not sanctions on the country as a whole.

"The designation of an official of the Government of Venezuela does not mean that the government itself is also blocked," the Treasury Department specifies in a new FAQ item on its site. "The prohibitions apply to transactions or dealings only with the individuals and entities whose property and interests in property are blocked."

However, they note, anyone doing business with Venezuela may want to make sure that they don't wind up negotiating with El Aissami specifically, and that his signature isn't on any contracts.