Accessibility links
Conway Should Be Investigated For Plugging Ivanka Trump Products, Ethics Agency Says : The Two-Way The president's senior adviser appeared on TV last week and urged shoppers to buy the president's daughter's line of clothes, jewelry and shoes, after Nordstrom decided to drop it. 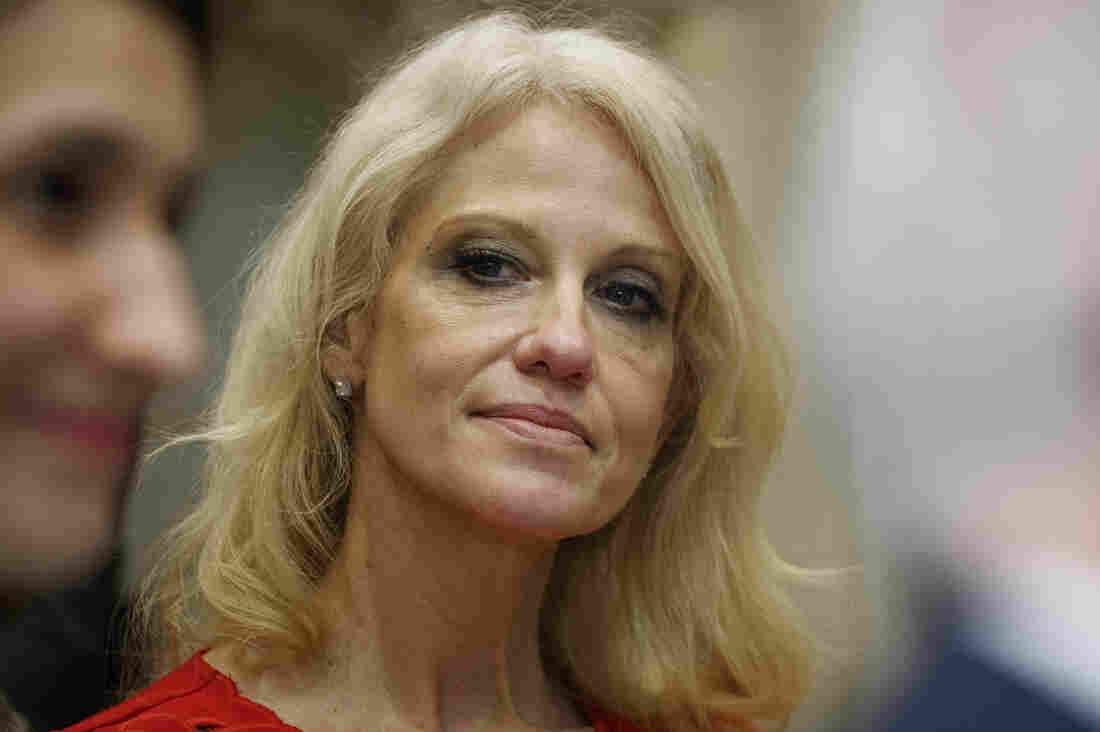 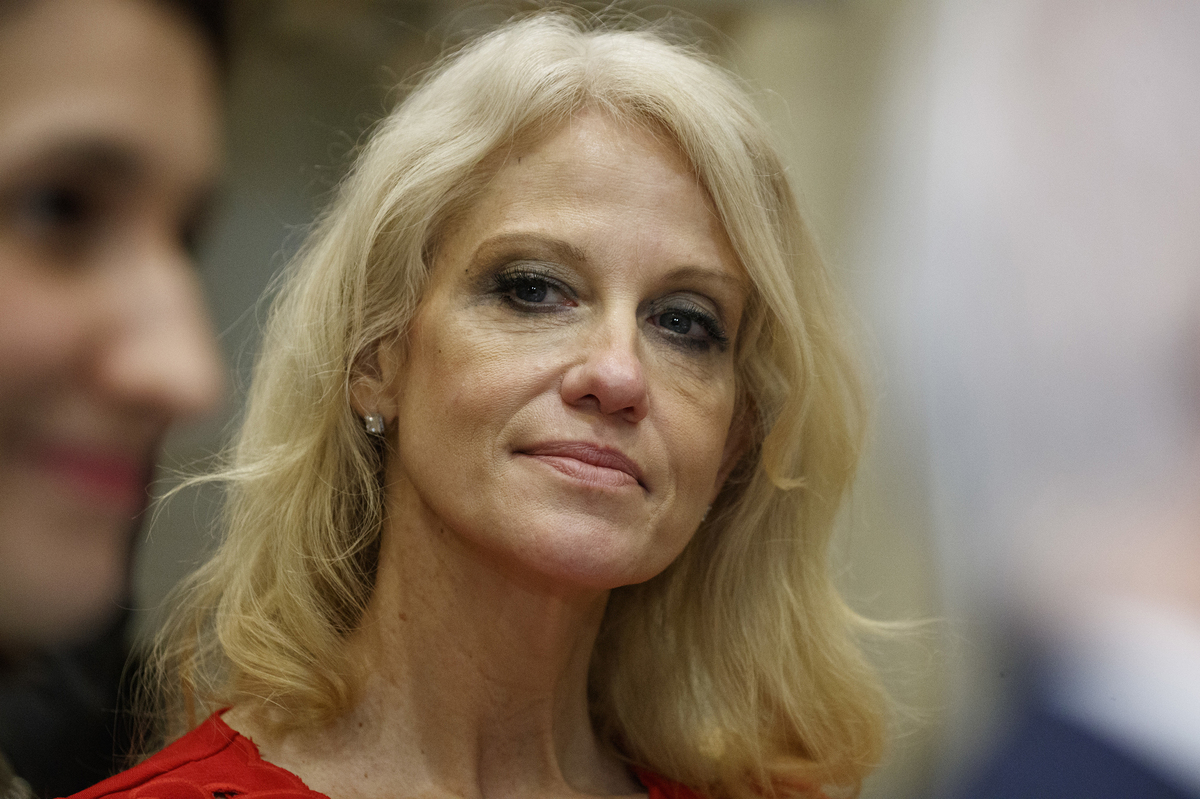 The government ethics office says it has reason to believe disciplinary action is warranted against senior Trump adviser Kellyanne Conway for inappropriate comments on TV.

"Under the present circumstances, there is strong reason to believe that Ms. Conway has violated the Standards of Conduct and that disciplinary action is warranted," Shaub wrote in a letter to White House deputy counsel Stefan C. Passantino.

Conway appeared on Fox and Friends Thursday morning, where she addressed Nordstrom's recent decision to stop selling Ivanka Trump's line of products because of what it said were poor sales.

"Go buy Ivanka's stuff is what I would tell you. I hate shopping, and I'm gonna go get some on myself today," Conway said.

Ivanka Trump has a successful line of clothing, jewelry and shoes that is carried by numerous retailers.

But a boycott of Trump products got underway last year after the release of the infamous Access Hollywood video, in which Trump bragged about grabbing women by the genitals, and that appears to have hurt Ivanka's sales.

In recent weeks, several large retailers have dropped all or part of the line, while others have chosen to de-emphasize it in their stores.

"She has tied herself to a very controversial figure that many women believe is trying to take them back to the 15th century. Anyone associated [with] Donald Trump is toxic," says Eric Schiffer, CEO of Reputation Management Consultants.

But the retailers' decision did not sit well with President Trump, who accused Nordstrom in a tweet last week of treating his daughter "so unfairly." Conway echoed the charge on TV.

White House spokesman Sean Spicer later said Conway had been "counseled" about her comments. Trump himself has not addressed Conway's remarks, and she told an interviewer later that day that she had the president's full support.

Shaub said in the letter that his office had not received any indication of "disciplinary or other corrective action against Ms. Conway."

Shaub said in his letter to the White House that Conway had violated rules "prohibiting employees from misusing their official positions."

"We can only hope that the Trump White House responds positively to the call to discipline Kellyanne Conway for her transgressions — statements that never would have been made had she subjected herself to the most elementary standards. But forgive us if we don't hold our breath. Conway's promotion of Ivanka's products followed the example of President Trump and was intended to curry favor with the president (apparently successfully)."