Accessibility links
Reports: U.S. Intercepted Calls Between Trump Campaign Staff And Russian Intelligence : The Two-Way Investigators are still determining a motive behind the calls. The communications were swept up as U.S. agencies targeted known Russian operatives. 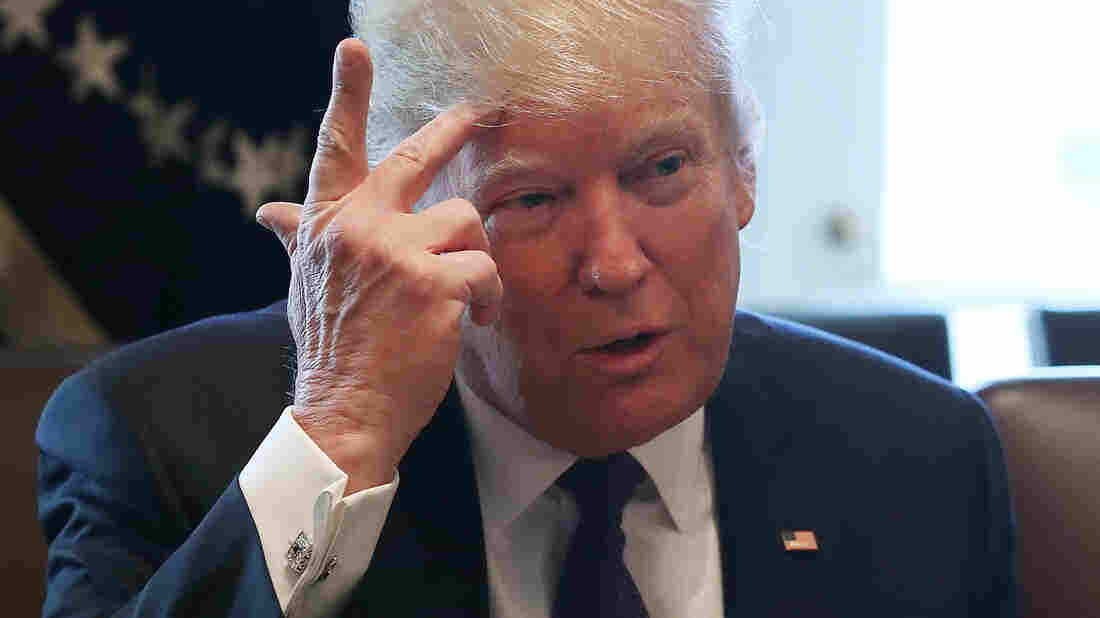 President Trump says news reports about contacts between his team and Russia's intelligence agencies are the result of conspiracy theories. Trump is seen here at the White House on Tuesday. Mark Wilson/Getty Images hide caption 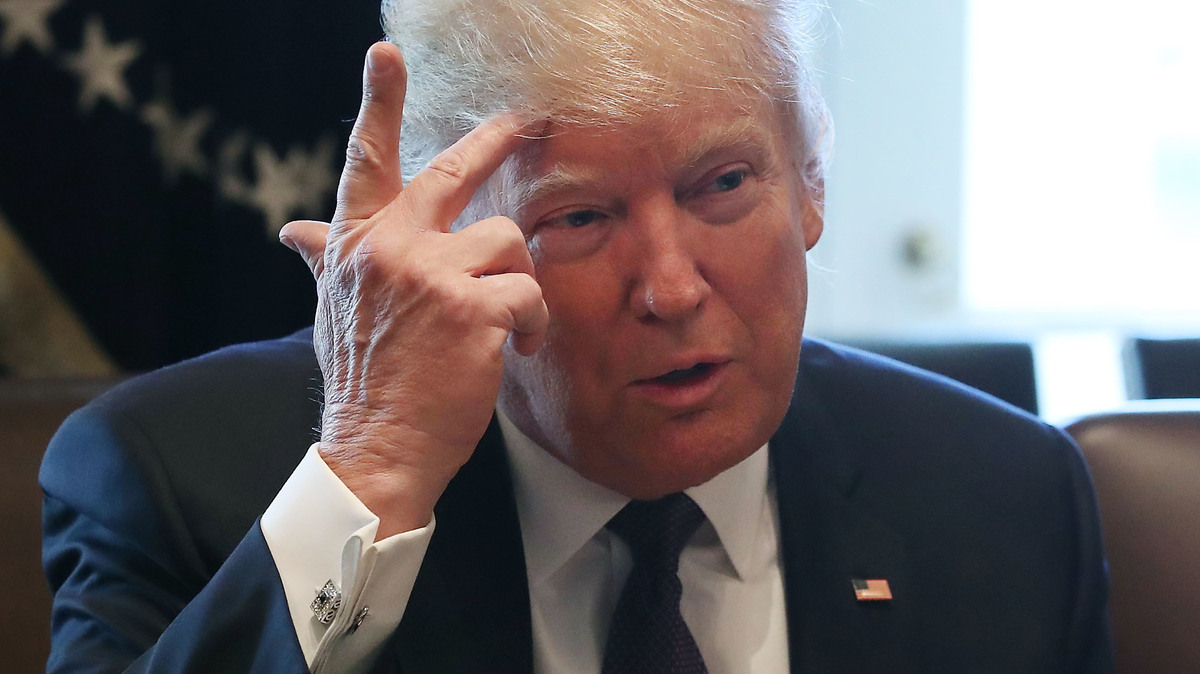 President Trump says news reports about contacts between his team and Russia's intelligence agencies are the result of conspiracy theories. Trump is seen here at the White House on Tuesday.

Russian intelligence officials made repeated contact with members of President Trump's campaign staff, according to new reports that cite anonymous U.S. officials. American agencies were concerned about the contacts but haven't seen proof of collusion between the campaign and the Russian security apparatus, the reports say.

Law enforcement and intelligence agencies intercepted the calls at the same time as they investigated Russia's attempts to tamper with the presidential election, according to The New York Times, which first reported the contacts.

Both the Times and CNN, which has published its own story about the intercepted communications, cite multiple current and former U.S. officials as the sources for their stories.

According to CNN, "The communications were intercepted during routine intelligence collection targeting Russian officials and other Russian nationals known to U.S. intelligence."

Reporter Matt Apuzzo, part of the Times team that broke the story, tells NPR's Morning Edition that while officials said they haven't seen proof of collusion — "just the flurry of contacts was enough, and the timing of the contacts, was enough to get them very concerned."

U.S. agencies are still working to determine the reasons behind the contacts, officials tell both news outlets.

Michael Flynn, whose tenure as national security adviser lasted less than four weeks, was among the Trump insiders who were regularly in touch with Russians, according to CNN.

Flynn resigned late Monday after reports alleged that he had discussed U.S. sanctions on Russia with that country's ambassador — and then misled Vice President Pence about the conversations. The chain of events emerging today suggests that those contacts in late December are separate from the calls cited by officials who discussed contacts between Trump campaign aides and Russian nationals during the heat of last year's election season.

"The fake news media is going crazy with their conspiracy theories and blind hatred," the president wrote. He then added that MSNBC and CNN are "unwatchable," while the Fox News program Fox & Friends "is great."

The Kremlin had a similar response, with Russian presidential spokesman Dmitry Peskov saying, "Let us not believe in what media say, for nowadays it is very difficult to tell actual news from fake ones."

That's according to state-run Tass media, which adds that Peskov also criticized the use of anonymous sources by the media.

In Washington, government leaks have fueled a succession of unflattering stories about the new administration, from details about President Trump's phone calls with foreign leaders to rumored rivalries among senior White House staff.

Faced with a new leak Wednesday, Trump tweeted, "The real scandal here is that classified information is illegally given out by 'intelligence' like candy. Very un-American!"

Allegations about Trump's involvement with Russia have ranged from reports last month of a dossier that alleged collusion between the then-candidate and Russian President Vladimir Putin to a public call from the candidate himself last July, when he urged Russian agents to "find" Democratic presidential candidate Hillary Clinton's emails and release them.

The FBI has been investigating contacts between Trump aides and Russia; in Congress, there are also calls for public investigations. Last month, the Senate Select Committee on Intelligence announced it would investigate allegations that Russia meddled in the U.S. elections.

But there is resistance among Republicans in Congress to go after one of their own, particularly as the new president is settling into the White House.

Republican Rep. Mike Johnson of Louisiana, who's on the House Judiciary Committee, tells Morning Edition, "I don't think we need an independent investigation here, I think we need to let the Intelligence and the Judiciary committees do their work."

That work, he said, includes receiving classified briefings about the new allegations. Johnson also raised questions about leaks in the government — particularly of information that's drawn from surveillance that swept up the communications of U.S. citizens.

"There are some serious legal implications here," Johnson said, "but it has nothing to do with partisan politics. I mean, the leak of highly classified information by what is apparent here — a number of individuals inside our intelligence community — is the illegal act that I think we need to review."

Johnson also faulted intelligence agencies for not doing more to protect the identity of Americans — such as former national security adviser Michael Flynn — whose communications with a foreign national were monitored.

New reports of contacts between the Trump campaign and Russia follow the exit of a third member of Donald Trump's inner circle in the past 12 months amid allegations of inappropriate contact with the country:

Manafort and Flynn were among the senior Trump team members who were "regularly communicating with Russian nationals," CNN reports.

In an interview with the Times, Manafort called the officials' account "absurd" and said he had never had anything to do with Putin's government.

Manafort told the newspaper, "It's not like these people wear badges that say, 'I'm a Russian intelligence officer.'"