Accessibility links
Federal Inquiry Said To Focus On Whether Fox News Broke Law In Harassment Payouts : The Two-Way Attorney Judd Burstein says the securities law probe centers on the masking of settlement payments to victims as salary and compensation to avoid disclosure of the payments and the harassment. 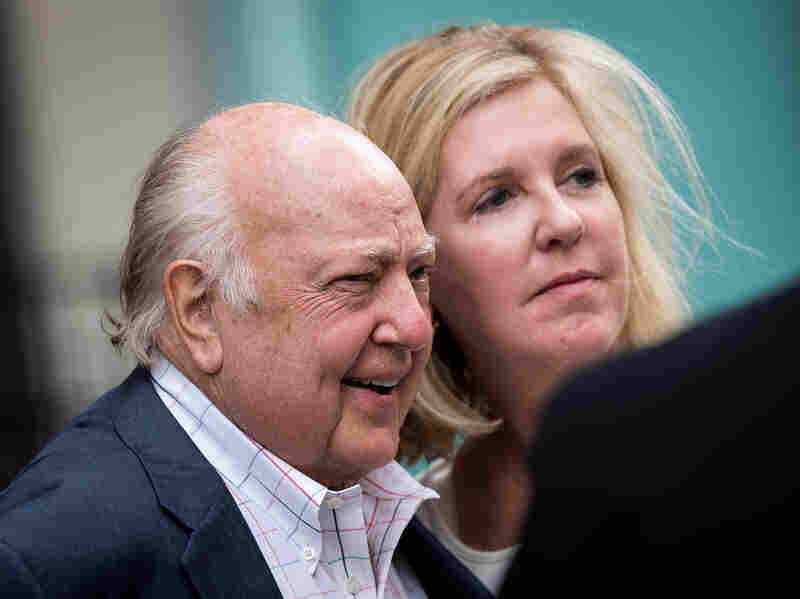 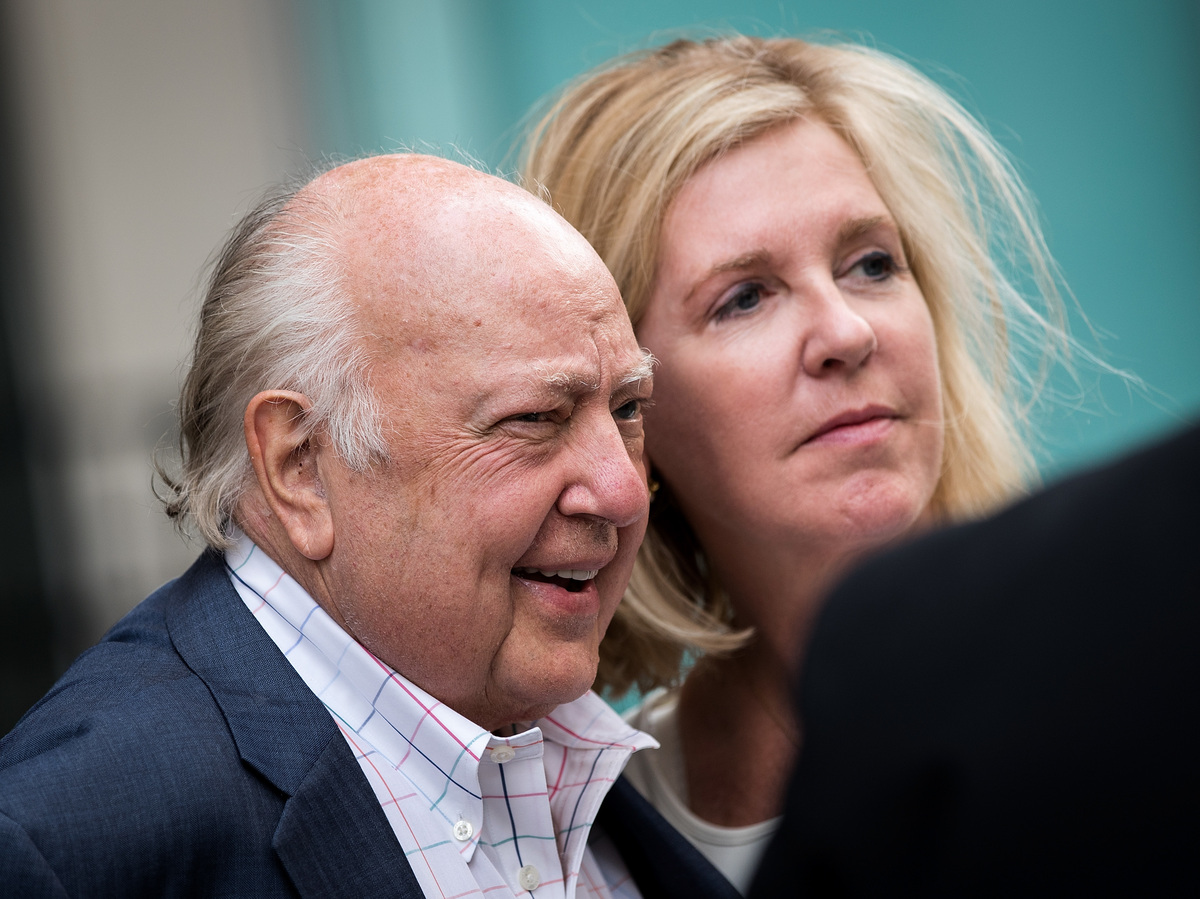 The Fox News Channel is under investigation by federal prosecutors to determine whether it broke securities law in making payments in the sexual harassment scandal that ultimately cost former Fox News chairman Roger Ailes his job, according to a lawyer currently suing the network.

The lawyer, Judd Burstein, made the claim during a New York state courthouse hearing for a suit brought by suspended Fox News host Andrea Tantaros against Ailes, the network and several current senior executives.

Among them is Fox News co-president Bill Shine, whom she accuses of trying to shut down complaints that Ailes had harassed her. Shine, Fox News and parent company 21st Century Fox have rejected all her charges, previously labeling her an opportunist.

The company is seeking to have her allegations handled in binding arbitration, as is required by the language in her contract with Fox News, and has prevailed on that quest, for the moment.

Outside the courtroom, Burstein told NPR that he had spoken to prosecutors in the securities fraud division of the U.S. Attorney for the Southern District of New York. Burstein said a second client of his had received a subpoena seeking to question him on acts related to the sexual harassment scandal.

Burstein said the federal investigation is centered on whether the company masked past settlement payments to victims of Ailes and others at Fox as salary and compensation, to avoid disclosure of the payments and the harassment.

In addition, Burstein alleged in court he had "compelling evidence that Fox had engaged in electronic surveillance" of Tantaros' personal accounts, a claim with painful echoes for parent company 21st Century Fox and the Murdochs, the family that controls the publicly-traded corporation. Burstein, a colorful lawyer well known in New York legal circles, made the claims during a day of setbacks for his client's case.

The New York state judge, David Cohen, ruled against Tantaros, finding her complaint should be handled through binding arbitration, as stipulated in her contract with Fox. And he rejected Burstein's request for time to seek substantiation of his allegation of illegal surveillance, for which Burstein offered no documentary proof.

Burstein says he will appeal the underlying decision requiring arbitration in federal court and that the new allegations will give him fresh grounds for a lawsuit.

In a statement, a spokesperson for Fox News cited what she called Burstein's "histrionics." She said no one at Fox or at 21st Century Fox has received a subpoena, and added, "We have been in communication with the U.S. Attorney's office for months. We have and will continue to cooperate on all inquiries with any interested authorities."

The spokesperson did not otherwise address the substance of the pair of allegations.

Privately, 21st Century Fox executives seethed Wednesday at Burstein's allegations of illegal surveillance. They noted the claim's emergence nearly six months after the Tantaros suit was filed and argued it was perfectly crafted to hit the company on a vulnerable subject.

A History of Scandal

21st Century Fox came into being in 2013 when the original company, News Corp, was split in two following a series of scandals at British tabloids controlled by the Murdoch family. The scandals involved the hacking of cell phones and emails, and bribery.

News Corp shut down its Sunday News of the World tabloid and spent hundreds of millions of dollars in legal fees to defend its executives in the U.K. in trials and public hearings, and to assure federal regulators in this country that they took U.S. anti-corruption laws seriously. The short-hand for the scandal in London was "phone-hacking."

Burstein's second client, who is said to have been subpoenaed by federal prosecutors, is almost certainly former Fox News senior vice president Brian Lewis, an aide, close adviser and enforcer for Ailes since his days running CNBC in the early 1990s.

Ailes fired Lewis in 2013, accusing him publicly of abusing corporate funds, and privately of disloyalty. Burstein won a settlement from Fox News reportedly in excess of $8 million for Lewis, who knew most of Ailes' secrets.

Many of those secrets erupted into public view last summer when former Fox News host Gretchen Carlson sued Ailes for sexual harassment. She had recorded Ailes' sexual entreaties and tracked their progression along with the frustrations she experienced in her career.

Carlson was paid $20 million and received an apology from Lachlan and James Murdoch, respectively executive chairman and chief executive officer of 21st Century Fox. Ailes received a payout of $40 million to leave the company.

Other women said they too had been harassed, including former Fox News host Megyn Kelly, and former booking executive Laurie Luhn, who was paid $3 million to keep her accusations quiet in 2011.

Fox has now paid many millions of dollars to settle allegations from multiple women that Ailes harassed them (all of which he denies).

The federal inquiry which Burstein says is underway could involve whether past payments were masked as salary or compensation to skirt rules compelling public disclosure of the payouts to investors – which would have had the effect of revealing the accusations Ailes was laboring to keep secret.

After last summer's settlement with Carlson, several corporate governance experts told NPR it was ambiguous whether such payments (prior to Carlson's) were significant enough on a financial basis to warrant disclosure. Yet they said the payments probably should have been disclosed to acknowledge behavior that by now Fox News itself does not defend.

While employers have great leeway in monitoring their staffers' activities on company equipment and accounts, wiretapping or hacking an employee's private devices or email accounts could constitute a felony.

The Culture of Fox News

The revelations about Ailes' behavior during his two decades leading Fox News make it hard to dismiss Burstein's accusations of surveillance out of hand.

In interviews with NPR, staffers at Fox News described a culture in which they believed office telephone lines and official email accounts were monitored, and conversations in hallways were captured by closed-circuit television camera systems and audio bugs.

Those suspicions were effectively confirmed after Ailes' departure. Ailes had special security guards paid by his corporate employers, as detailed in securities filings, and a special room where a group of his associates would identify internal dissidents at Fox and dream up ways to take down Ailes' critics.

Former Fox News anchor Laurie Dhue, whose lawyer said she is writing a memoir that will include her years at Fox, has said she kept quiet about her treatment by Ailes because of fears that Lewis' crew would find ways to harm her reputation.

Those fears were well-founded: Fox public relations staffers distributed pictures of Dhue appearing intoxicated, and planted the assertion that she was drunk on a dance floor at a black-tie affair, according to the Washington Post's then-gossip columnist, a Fox News staffer and a third person present who witnessed elements of the incident. Dhue was privately struggling with alcoholism at the time – which Fox's public relations team knew.

In Tantaros' case, she alleges that after she rebuffed Ailes' advances, she was demoted as a co-host of the popular Fox News show The Five to a midday program with smaller audiences. Fox News suspended Tantaros last March, saying she had violated the terms of her contract by failing to get sufficient approval for her book and its provocative cover featuring the conservative personality with arms bound by ropes.

Tantaros says that suspension was retribution for raising issues about Ailes and other men with whom she interacted at Fox. The network says she was unhelpful during an internal review of her claims.

Unless her appeal succeeds, Tantaros' case will be heard in arbitration, behind closed doors, where Fox News says it should have been addressed all along.