Accessibility links
Trump Says He Will Issue 'New Executive Action' Related To Travel Ban : The Two-Way On Thursday, the president said his administration will be appealing a decision that imposes a stay on his travel ban — and will also be issuing a new, "very comprehensive order" next week. 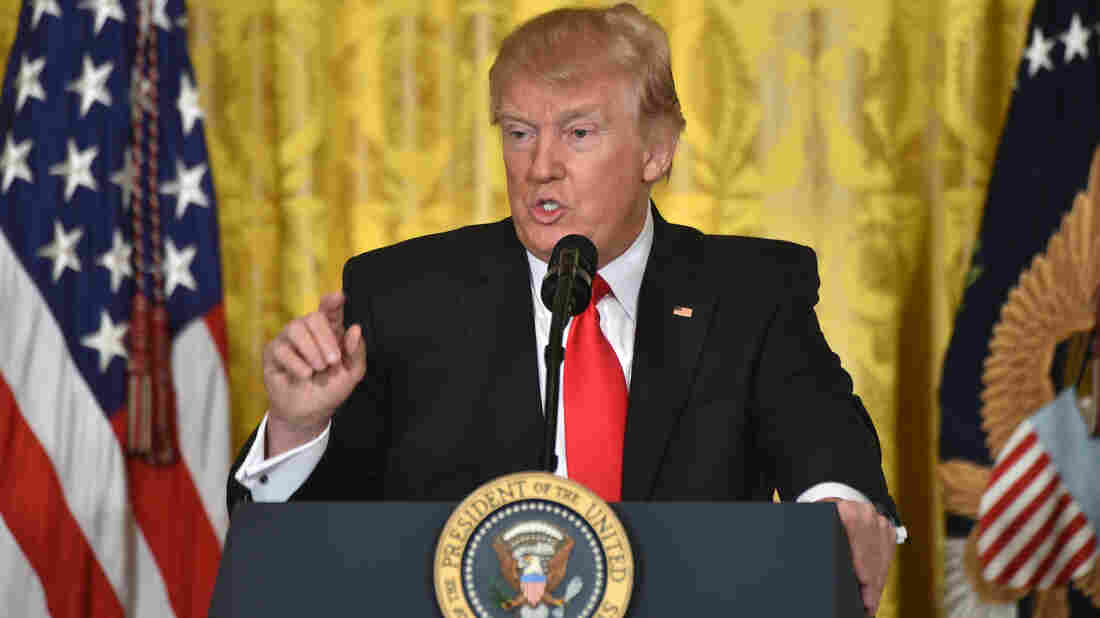 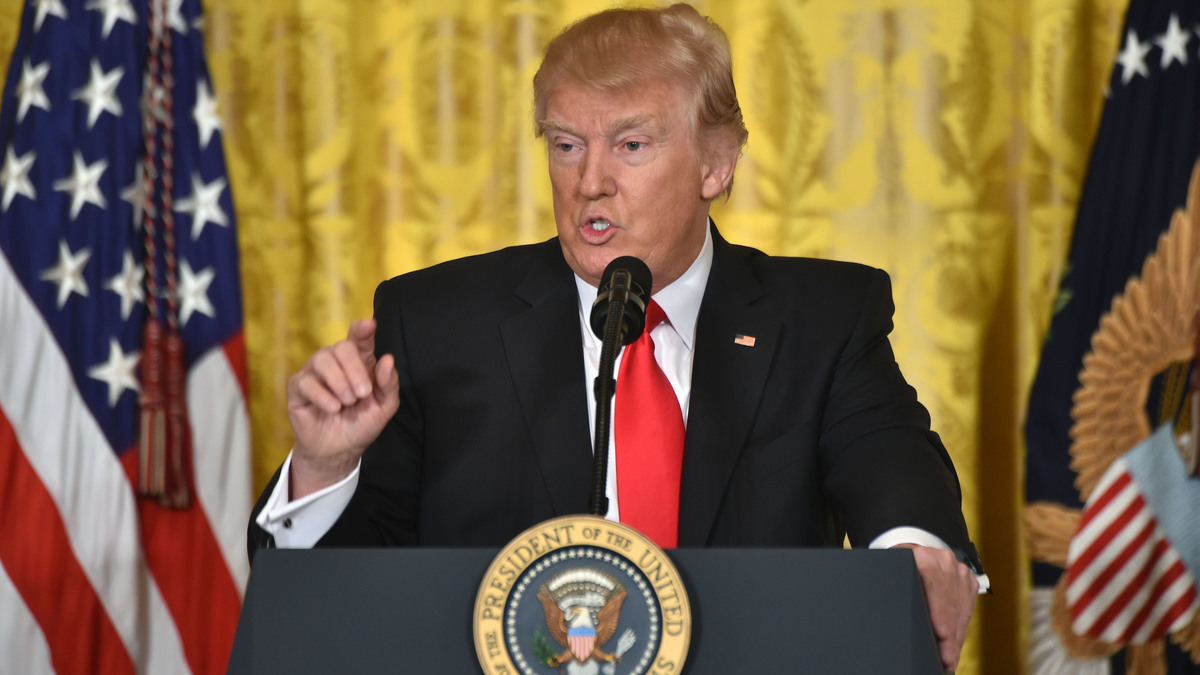 President Trump speaks during a news conference Thursday at the White House in Washington, D.C.

President Trump says his administration will continue to fight for his existing travel ban in the court system, and that he will also issue a new, "very comprehensive order" next week.

Trump provided no details on what that new order would entail, but said it would "comprehensively protect our country." The president made the remarks during a news conference Thursday at the White House.

The president's original executive order, temporarily blocking all refugees from entering the U.S. and barring travelers from seven majority-Muslim countries, prompted chaos, protests and lawsuits as officials and travelers grappled with its implications.

A federal judge's ruling on Feb. 3 halted enforcement of the executive order, and on Feb. 9, a three-judge panel of the 9th U.S. Circuit Court of Appeals denied the Justice Department's request to lift that stay.

Trump said his administration would be "vigorously defending this lawful order." He described the judge's ruling that led to the stay as "incorrect and unsafe," and the appeals court's decision to uphold it as a "bad decision."

"That will be done sometime next week, toward the beginning or middle at the latest," Trump said.

It's unclear how exactly this relates to Trump's comment about an ongoing appeal, but there are a large number of court cases pending against the travel ban and an array of legal options for Trump's administration.

During Thursday's news conference, Trump also said that the 9th Circuit has been overturned "at a record number — I've heard 80 percent. I find that hard to believe, that's just a number I've heard."

That's a reference to the court's Supreme Court reversal rate. NPR's Nina Totenberg reports that the 9th Circuit does not have the highest reversal rate, as Trump's use of the word "record" would suggest — it came in second last term and 10th in the 2014-15 term, for instance.

"In sheer numbers, the Supreme Court reviews more cases from the 9th Circuit because it is the largest circuit," Nina says

In general, because the reversal rate applies only to cases that make it before the Supreme Court, the statistic is "not very helpful," says Carl Tobias, a law professor at the University of Richmond and an expert on federal courts.

"There are so few cases that come to the Supreme Court every year," he says. Tobias offered an example of how the numbers can be misleading, using a smaller circuit court: "If the 8th Circuit has one appeal in a particular year and it's reversed, they have a 100 percent reversal rate. ... It really doesn't tell you very much."

"I think most people who really look closely at the 9th Circuit find that reversal rate to not be very helpful," he says.