Accessibility links
S.C. Man Is Accused Of Trying To Emulate Attack On Charleston Church : The Two-Way A 29-year-old man was arrested in Myrtle Beach, S.C., accused of buying a gun and ammunition as part of a plan to carry out a white supremacist attack "in the spirit of Dylann Roof."

S.C. Man Is Accused Of Trying To Emulate Attack On Charleston Church

S.C. Man Is Accused Of Trying To Emulate Attack On Charleston Church

FBI agents arrested Benjamin Thomas Samuel McDowell, 29, in Myrtle Beach, S.C., accusing him of buying a gun and ammunition as part of a plan to carry out a white supremacist attack.

McDowell allegedly said he wanted to act "in the spirit of Dylann Roof," the gunman in the 2015 attack on a church in Charleston, S.C. 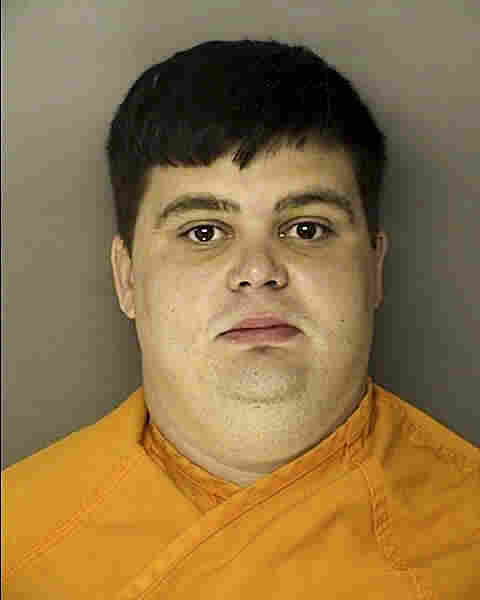 Benjamin Thomas Samuel McDowell, seen in a booking photo, is charged with being a felon in possession of a firearm. He allegedly said he wanted to commit an attack in the "spirit of Dylann Roof." Horry County Sheriff's Office via AP hide caption

A convicted felon, McDowell was arrested Wednesday night for violating a law prohibiting him from possessing a firearm and ammunition, according to the U.S. Attorney's Office in South Carolina.

The arrest came after McDowell allegedly bought a pistol from an undercover FBI operative and said he was preparing for an attack like the one Roof carried out at Charleston's Emanuel African Methodist Episcopal Church — but hadn't yet chosen a target or time, according to court documents.

McDowell was allegedly driven to act as he followed the legal proceedings against Roof, who was sentenced to death on federal hate crime charges in January.

"The documents also say in December, McDowell wrote on Facebook that he would love to act — with a link to a conservative Jewish synagogue in Myrtle Beach," South Carolina Public Radio's Alexandra Olgin reports for NPR's Newscast unit.