Accessibility links
Samsung's Acting Chief Arrested In South Korea's Deepening Corruption Probe : The Two-Way Jay Y. Lee, vice president of Samsung, has been taken in on charges of bribery and embezzlement. He's been a central figure in a corruption scandal that brought President Park Geun-hye's impeachment. 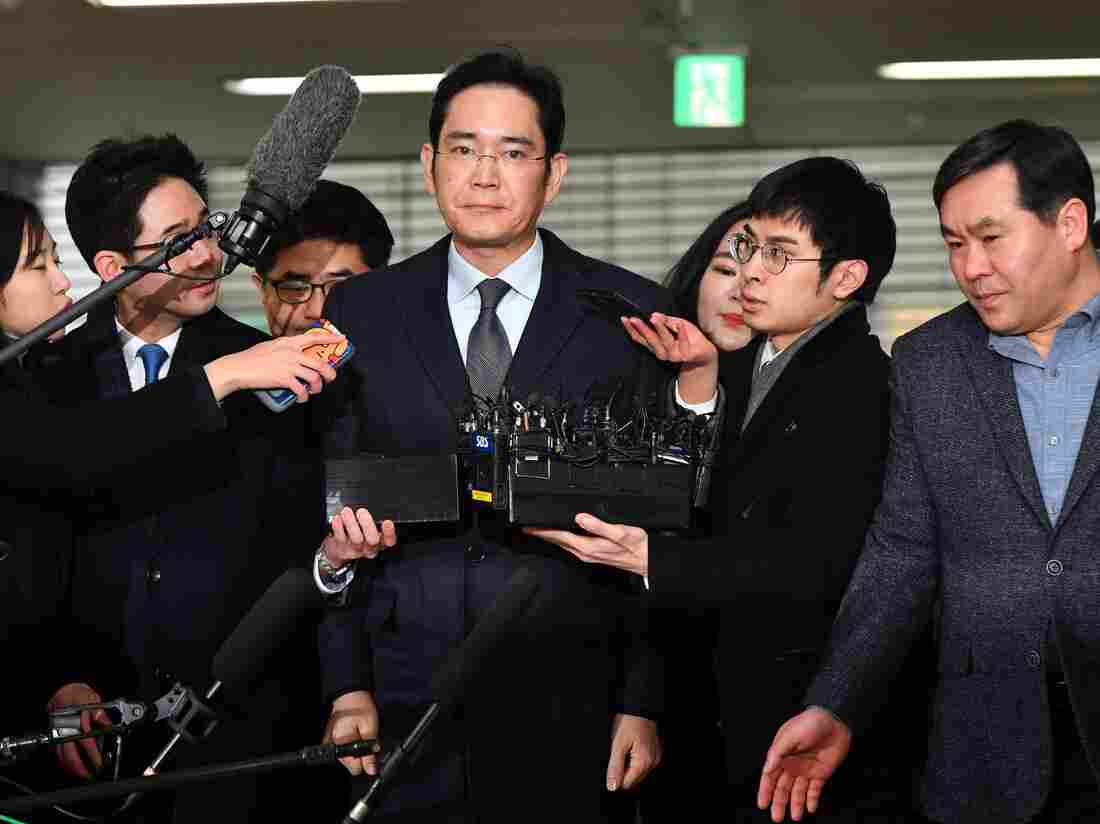 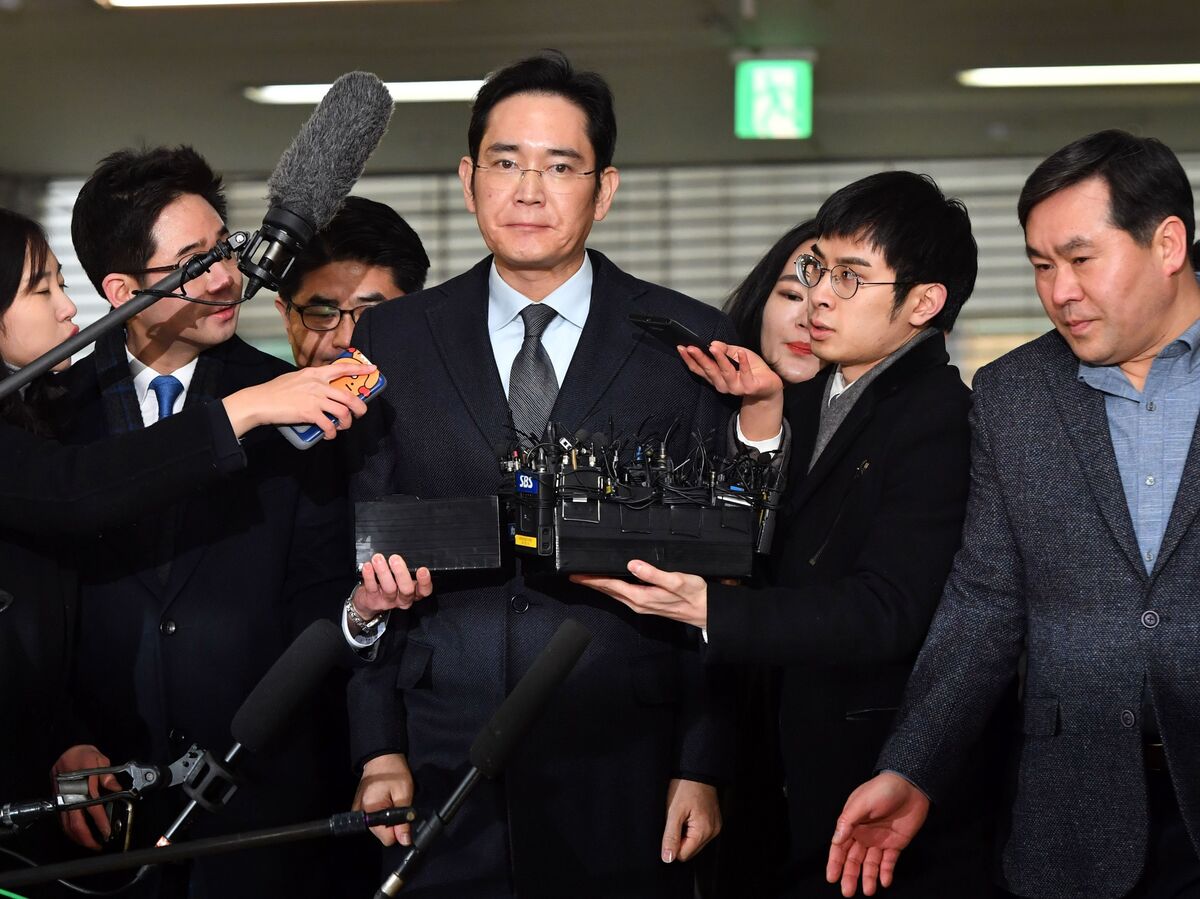 Lee Jae-yong (center), vice chairman of Samsung Electronics, arrives Monday for questioning as a suspect in the corruption scandal that led to the impeachment of South Korea's President Park Geun-Hye.

Lee Jae-yong, the acting chief of Samsung and its heir apparent, was arrested Friday on bribery and embezzlement charges in Seoul, South Korea.

Seoul Central District Court approved prosecutors' request for an arrest warrant about a month after an unsuccessful attempt to detain the 48-year-old corporate scion, who also goes by the name Jay Y. Lee.

The arrest also comes two months after South Korean lawmakers voted overwhelmingly to impeach President Park Geun-hye on allegations of corruption — allegations in which Lee has come to play a central role, as NPR's Elise Hu notes for our Newscast unit:

"The 48-year-old Lee is accused of funneling some $37 million in company funds to a confidant of the president's, in order to ensure government support for a controversial merger. The merger was approved more than a year ago."

Lee has denied wrongdoing, though the BBC reports he has expressed regret that Samsung also "gave a horse and money to help the equestrian career" of the daughter of that Park confidant, Choi Soon-sil.

Lee, the grandson of Samsung's founder, is a vice chairman at Samsung Electronics but has become the company's de facto leader since his father, Chairman Lee Kun-hee, fell ill. Elise pointed out last month that the scandal engulfing Park has drawn scrutiny to the power of massive, dynastic businesses like Samsung — power so evident that South Korea occasionally gets saddled with the moniker "Republic of Samsung."

"The attention on Lee has shone a light on the powerful, patriarchal family-owned conglomerates here known as chaebol," Elise reported. "The public has grown wary of their influence and coziness with the halls of power."

The BBC explains that Lee's arrest is not intended to convey a determination of guilt or innocence; rather, it is a function of the scale of the charges leveled against him and possible flight risk. Prosecutors have until the end of the month to indict Lee, though The Guardian reports they can still seek an extension.

In the meantime, a court is still weighing December's impeachment vote against Park, whose powers have been shifted to the prime minister and acting president as proceedings unfold.