Accessibility links
Dick Bruna, Artist And Author Of The Intricately Simple Miffy, Dies At 89 : The Two-Way The Dutch illustrator and children's book author wrote over 120 books and sold some 85 million copies worldwide. But no character earned him greater acclaim than a simple white rabbit.

Dick Bruna, Artist And Author Of The Intricately Simple Miffy, Dies At 89

Dick Bruna, Artist And Author Of The Intricately Simple Miffy, Dies At 89 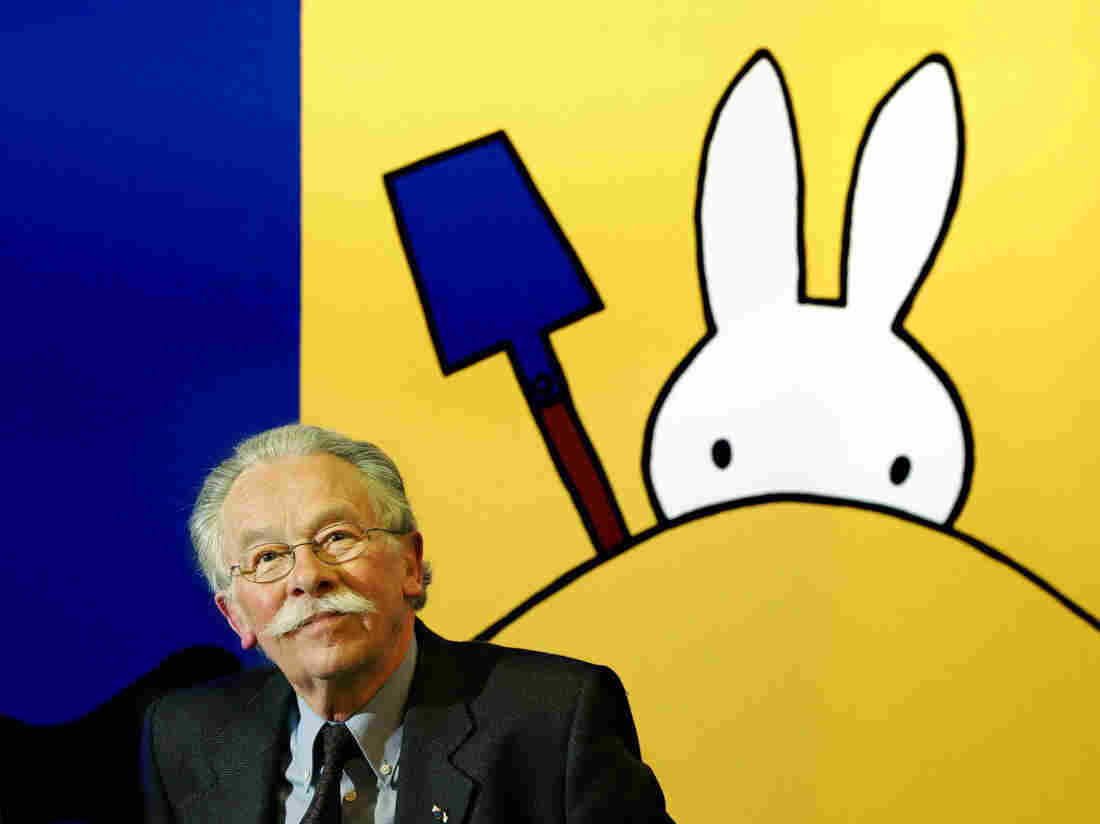 Dick Bruna at the opening of his 2005 exhibit of Miffy creations in the Hague. Bruna's iconic white rabbit proved to be popular worldwide. AFP/AFP/Getty Images hide caption 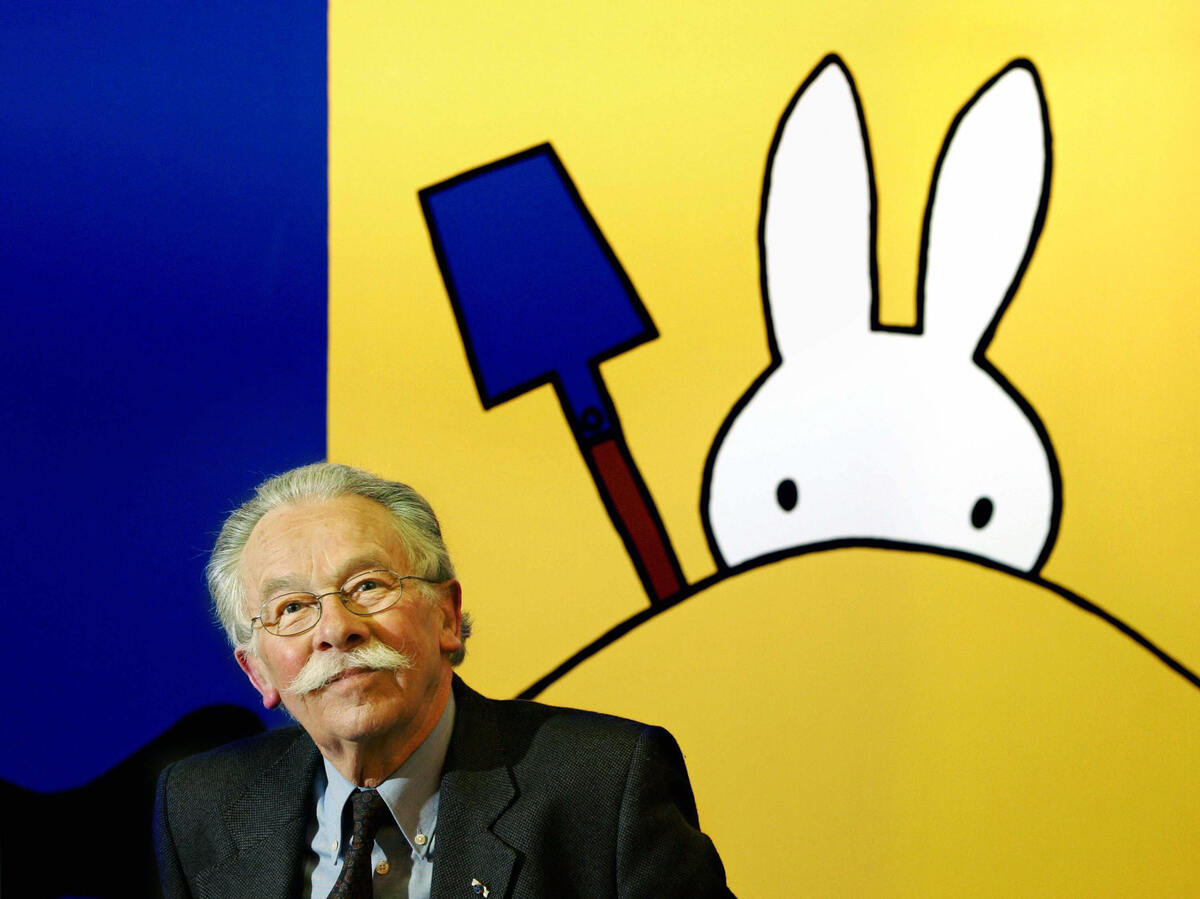 Dick Bruna at the opening of his 2005 exhibit of Miffy creations in the Hague. Bruna's iconic white rabbit proved to be popular worldwide.

Miffy the rabbit seems quite simple. Two black dots for eyes, a sideways X for a mouth, a body inked in gentle curves — the artistry of Dick Bruna's creation rests precisely in its apparent artlessness. And in the six decades since Miffy was first put to page, Bruna's venerable rabbit has earned the affection of young fans worldwide, the admiration of art critics and even an entire museum in her honor.

The Dutch illustrator and author died Thursday at the age of 89, according to his publisher. He leaves behind a trove of more than 120 books, which sold over 85 million copies translated into more than 50 languages.

Born in Utrecht to a family of publishers, Bruna got his start working as a designer and illustrator for his family's titles. During his time there, he created more than 100 posters and some 2,000 book jackets, according to The Guardian.

But it was not until Bruna published his first two Miffy books, children's tales inspired by a story he told his own son after they'd seen a rabbit, that Bruna found the popular acclaim that would define the decades to come. Those books were published in 1955 in Dutch, with Miffy going by the name Nijntje.

The Miffy titles entered English in 1964, but the Guardian notes Bruna eventually also added books about a dog called Snuffy and a series called I Can — all of which "retained Bruna's distinctive style and palette, influenced by the work of [Henri] Matisse and Picasso, which Bruna had discovered while in Paris, and by the graphic design of the De Stijl movement in Holland."

"It is very clear pictures, almost like a pictogram, and the fact that he leaves so much out — he goes to the essence of things — and of course his very strong, powerful primary colors," Marja Kerkhof, a friend and managing director at Bruna's publisher, told The Washington Post. "Even today, if you see it in a store you would think, 'Hey, this looks different to a lot of other things out there.' There is no clutter, it's all very clear."

The Post reports that Miffy, which turns 62 this year, turned into a worldwide "merchandising juggernaut, featuring on stationery, toys and children's trinkets sold across the world as part of a multimillion-euro (dollar) business." 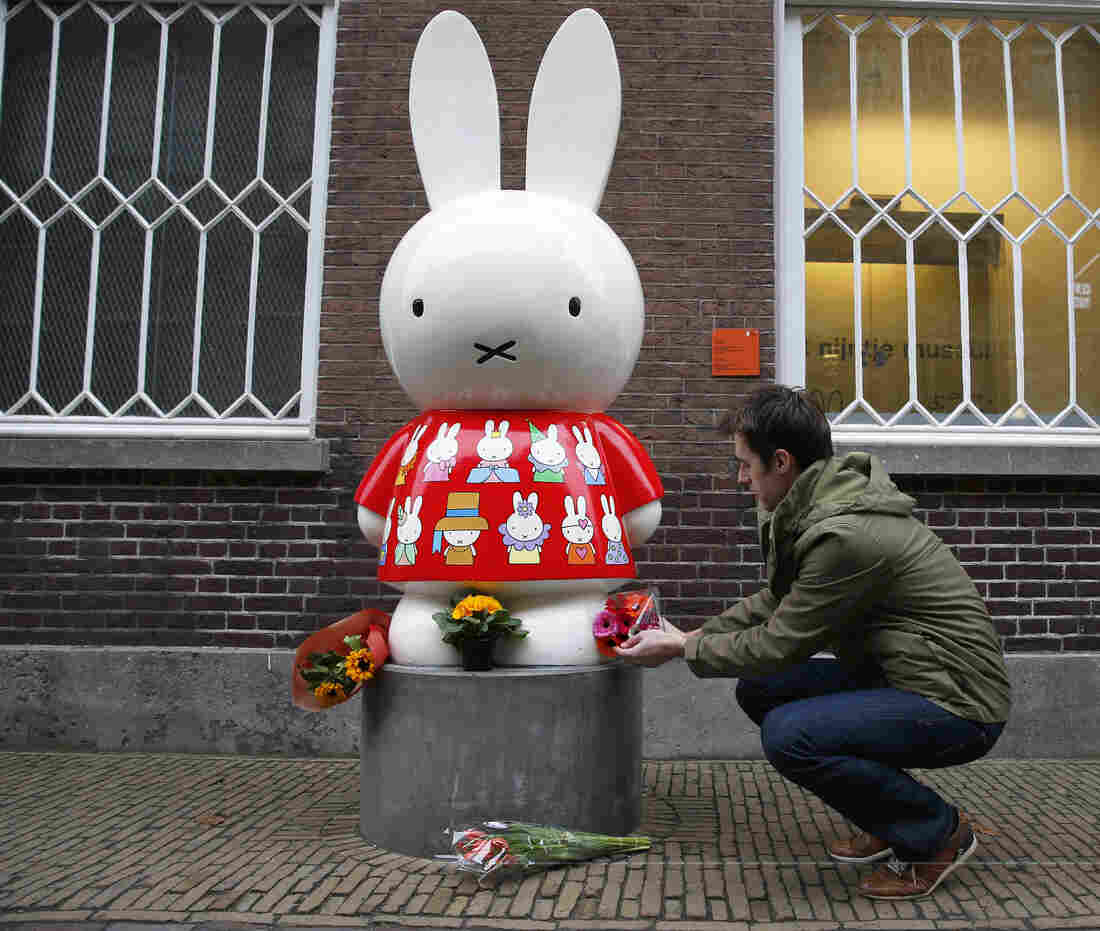 People put flowers at Miffy's statue outside the Nijntje Museum in the Dutch city of Utrecht on Friday, commemorating the death of Dick Bruna. Peter Dejong/AP hide caption 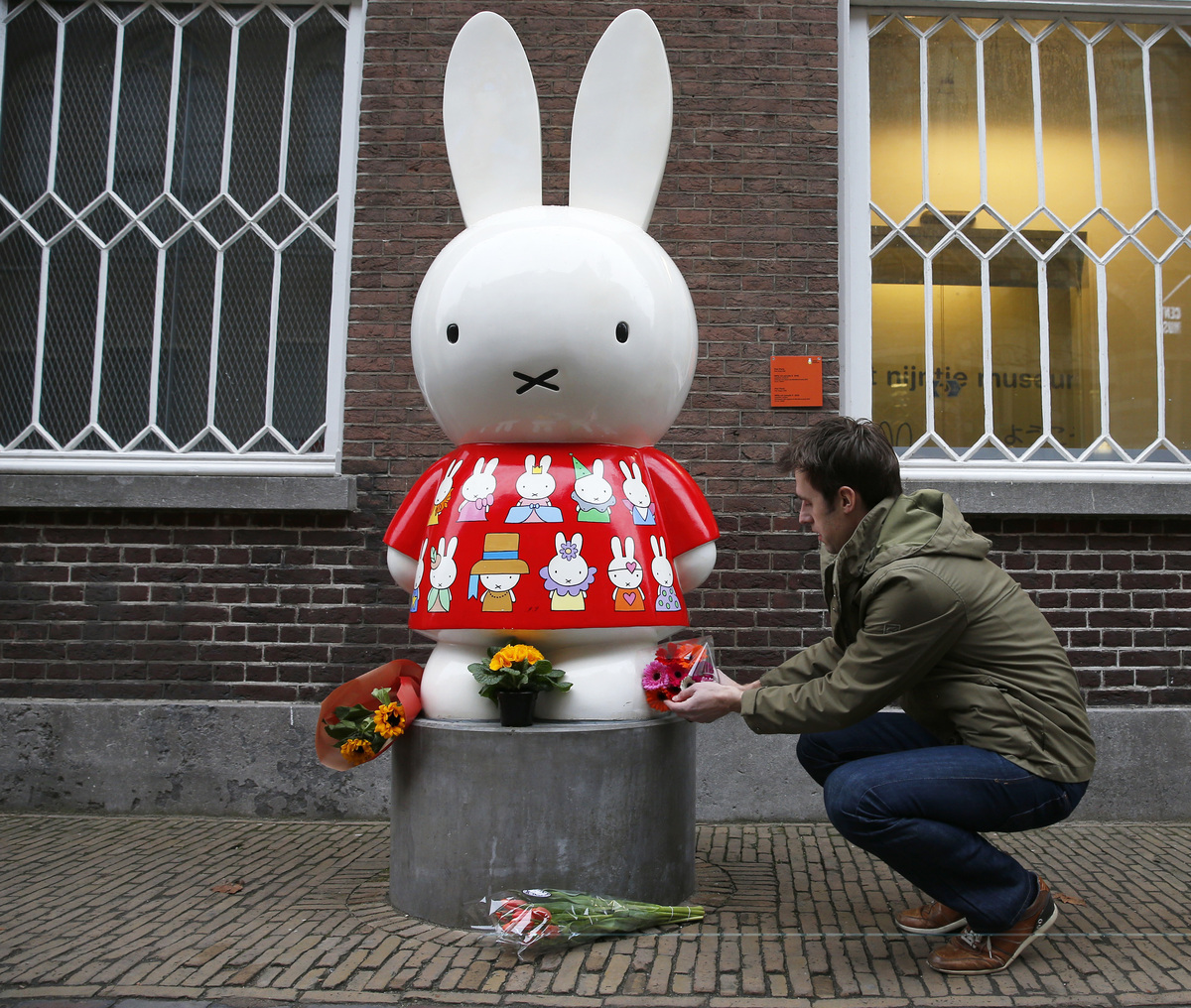 People put flowers at Miffy's statue outside the Nijntje Museum in the Dutch city of Utrecht on Friday, commemorating the death of Dick Bruna.

But Bruna's work remains nowhere more beloved than in his native Netherlands. The artist earned a 2015 exhibition at the renowned Rijksmuseum, where his work was set beside Matisse and members of the De Stijl movement.

There, curator Caro Verbeek sought to demonstrate the difficulty of achieving such apparent simplicity, The Associated Press reported at the time:

"To prove her point, Verbeek had other curators at the museum draw Miffy's head, with its dots for eyes and x shape representing both nose and mouth.

" 'They did not succeed,' she said. 'It is incredibly difficult. But the fact that it seems so simple proves that he is a true genius and true master who completely controls all lines and colors.' "

Not that the Dutch have any lack of respect for their famous native son. As one astute tweeter notes, the love is so evident in Bruna's birthplace, Utrecht, that there's even a traffic light in his honor.