Accessibility links
Omar Abdel-Rahman, Radical Cleric Connected To 1993 World Trade Center Bombing, Dies : The Two-Way The radical Muslim cleric has spent the past 20 years in a U.S. prison, convicted of conspiring to carry out terrorist attacks across New York City. 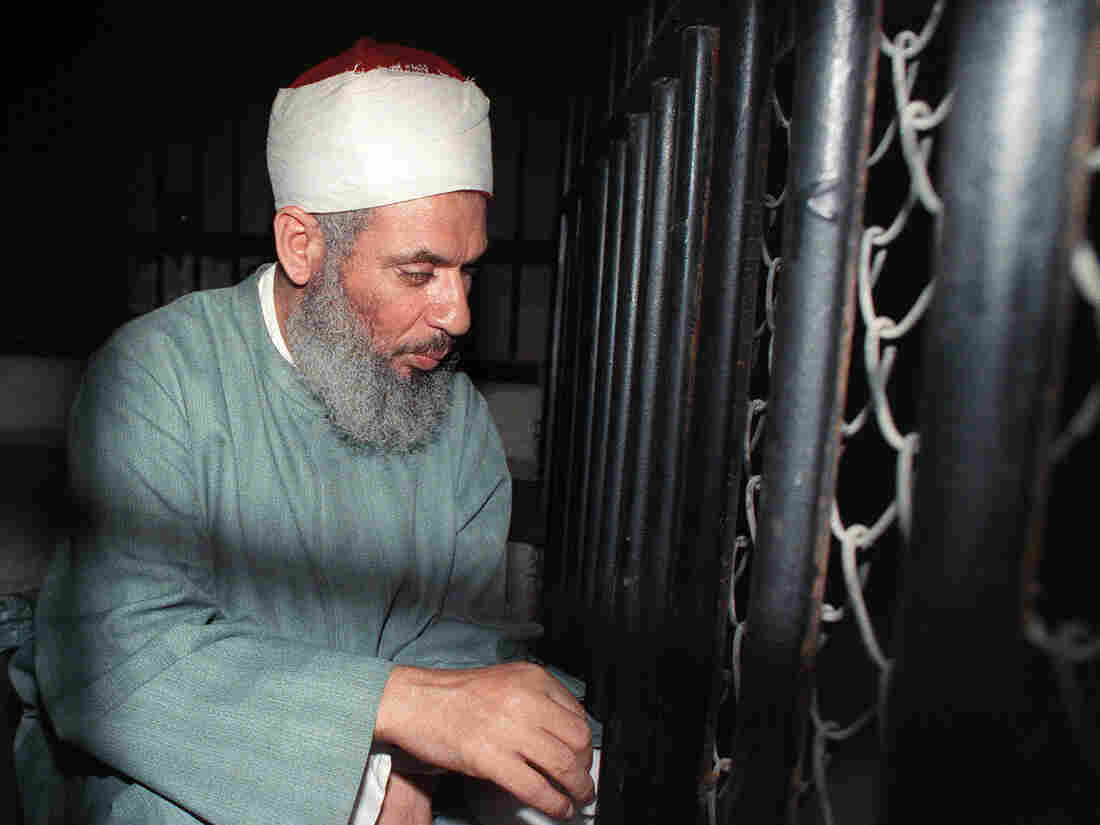 Blind Sheikh Omar Abdel Rahman sits and prays inside an iron cage at the opening of a court session in Cairo in 1989. Mike Nelson/AFP/Getty Images hide caption 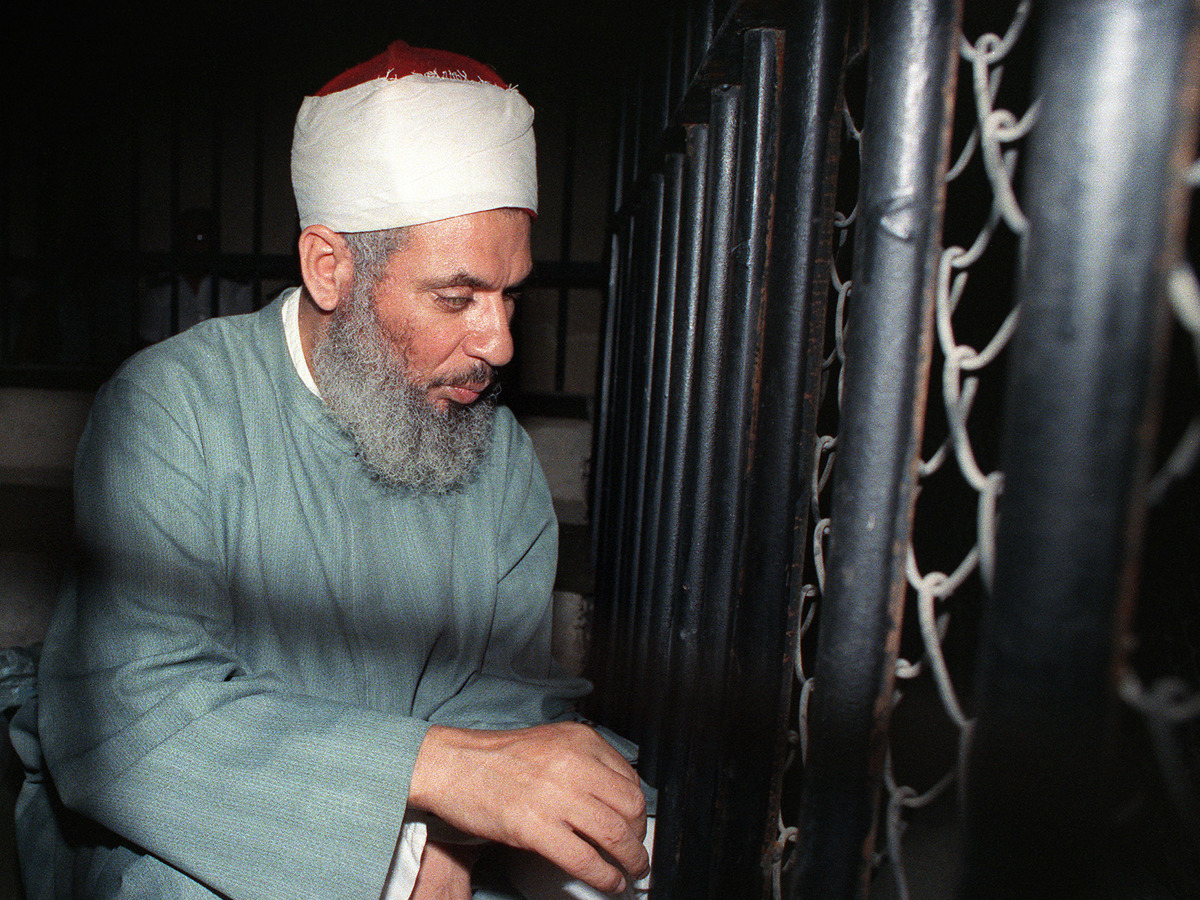 Blind Sheikh Omar Abdel Rahman sits and prays inside an iron cage at the opening of a court session in Cairo in 1989.

According to Kenneth McKoy, the facility's acting executive assistant, Abdel-Rahman, 78, died after a long struggle with coronary artery disease and diabetes.

Born in Egypt, Abdel-Rahman, also known as "the blind sheikh," came to the U.S. in the early 1990s. Preaching in New York and New Jersey, he spread his radical vision of Islam, decried U.S. support for Israel and built a network of devoted followers.

While Abdel-Rahman was never convicted of playing a direct role in the February 1993 truck bombing that killed six people and injured more than 1,000 at the World Trade Center, he had connections to those who did and had been actively plotting a wave of terrorist attacks against New York City targets.

In 1995, Abdel-Rahman and nine of his followers were convicted of conspiring to wage "a war of urban terrorism against the United States," according to the indictment, planning attacks on New York landmarks, including the George Washington Bridge, United Nations' headquarters and the Lincoln Tunnel.