Accessibility links
Iraq Opens Offensive On Western Mosul In New Push To Reclaim ISIS Stronghold : The Two-Way Iraqi forces, which have largely cleared ISIS militants from the eastern half of the city, launched operations Sunday to reclaim the rest of Mosul, where commanders expect an even tougher fight. 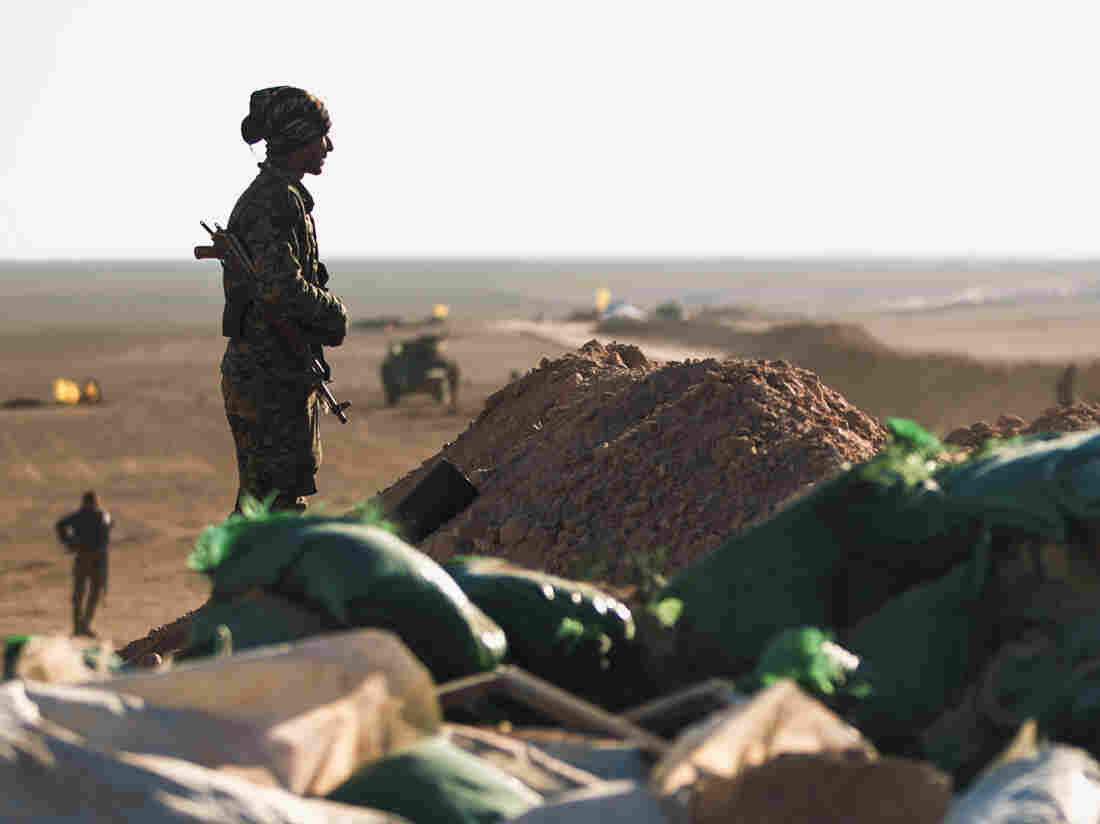 A fighter of the Hashed al-Shaabi (Popular Mobilization) paramilitaries stands guard near the front-line village of Ayn al-Hisan, west of Mosul, where Iraqi forces were preparing to launch an offensive to retake the western side of the city from the Islamic State. Ahmad Al-Rubaye/AFP/Getty Images hide caption 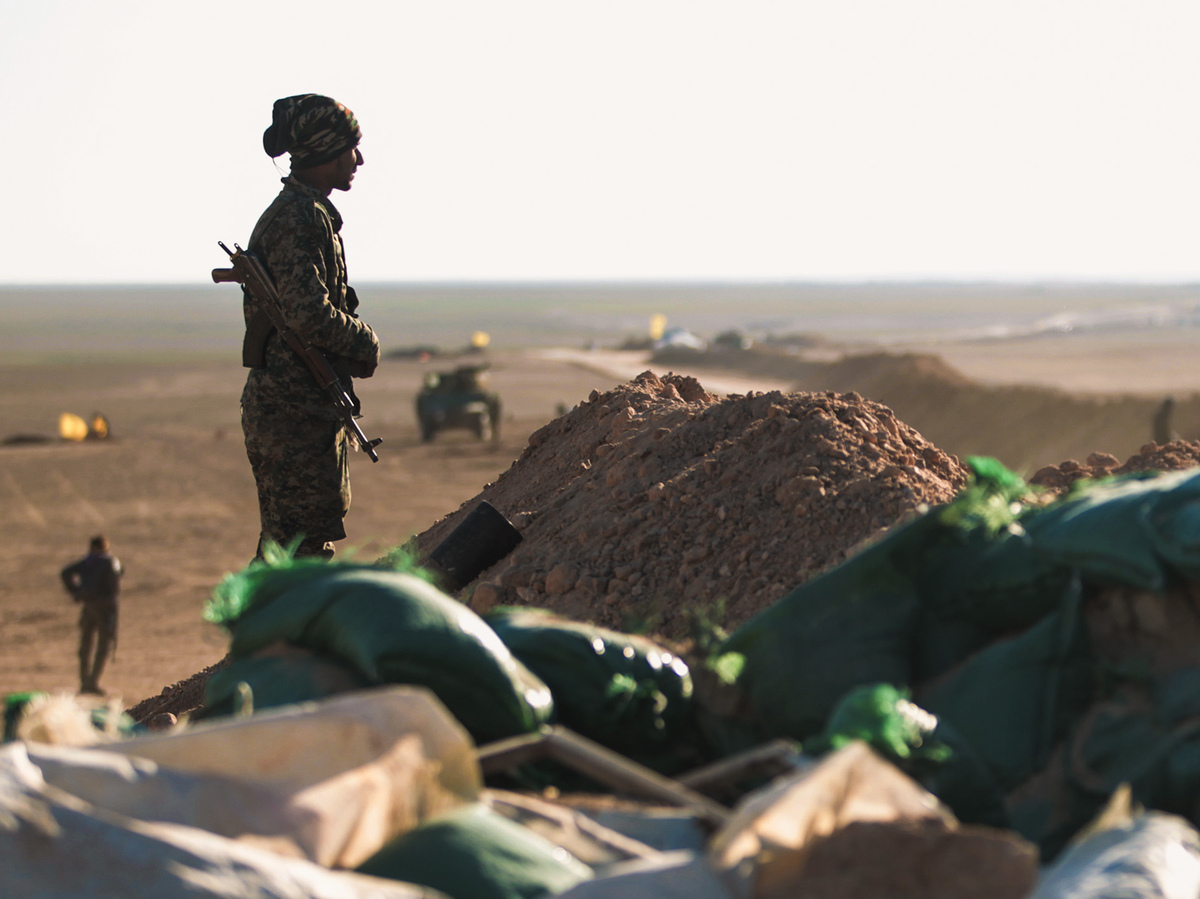 A fighter of the Hashed al-Shaabi (Popular Mobilization) paramilitaries stands guard near the front-line village of Ayn al-Hisan, west of Mosul, where Iraqi forces were preparing to launch an offensive to retake the western side of the city from the Islamic State.

The Iraqi offensive to retake the western half of Mosul has begun, Prime Minister Haidar al-Abadi announced Sunday. The long-awaited assault comes just over a month after Iraqi forces largely cleared Islamic State militants from the districts east of the Tigris River in the major Iraqi city.

"We announce the start of a new phase in the operation, we are coming Nineveh to liberate the western side of Mosul," Abadi said in a televised speech. Using a common Arabic acronym for ISIS, Abadi added: "Our forces are beginning the liberation of the citizens from the terror of Daesh."

PM Al-Abadi announces the start of operations to liberate the Western side of Mosul cityhttps://t.co/aeExi2K2I7… pic.twitter.com/l6WN3Di2Dh

Commanders of the U.S.-backed Iraqi forces fear an even bloodier challenge awaits them on the western side of the Tigris in Mosul, Iraq's second-largest city and ISIS' last remaining major stronghold in the country. The crowded nature of the area, with its narrow streets and hundreds of thousands of civilians, threatens the possibility of close, urban warfare — as dangerous for the civilians there as for the soldiers.

Multiple news outlets reported that leaflets were dropped from planes overnight on the western districts, warning residents of the coming assault and appealing to militants to surrender. The leaflets told the jihadi fighters to give up "or face a fatal end," says Reuters, which reports that an estimated 650,000 civilians remain in the area.

By the time Sunday set in, jets from the U.S.-led coalition had begun air strikes on ISIS positions southwest of Mosul and Iraqi police forces were mobilizing just outside the city, according to The Associated Press. The news service reports the immediate objective is to capture the villages near Mosul's airport, which rests on the southwest side of the city.

Still, in much of eastern Mosul, life is beginning to return to something resembling normal, NPR's Alice Fordham reports. Even as ISIS uses armed drones, suicide bombings and sniper attacks to continue to intimidate residents, Alice says a wary optimism has taken hold in neighborhoods there.

"I felt as if I had been reborn into this life," a local school principal told Alice, referring to the feeling of finally coming back to work.

Humanitarian agencies have not been as hopeful about the situation now confronting the western half of the city. The AP reports they're preparing to aid 250,000 to 400,000 civilians who may flee from the fighting to come.