Accessibility links
Against Trump Immigration Ban, Protesters Take To NY Streets To Say 'I Am Muslim Too' : The Two-Way At a rally in New York City on Sunday, protesters filled three city blocks to express solidarity with Muslims and to speak out against President Trump's immigration ban.

In Times Square, Protesters Take To The Streets To Say 'I Am Muslim Too'

In Times Square, Protesters Take To The Streets To Say 'I Am Muslim Too' 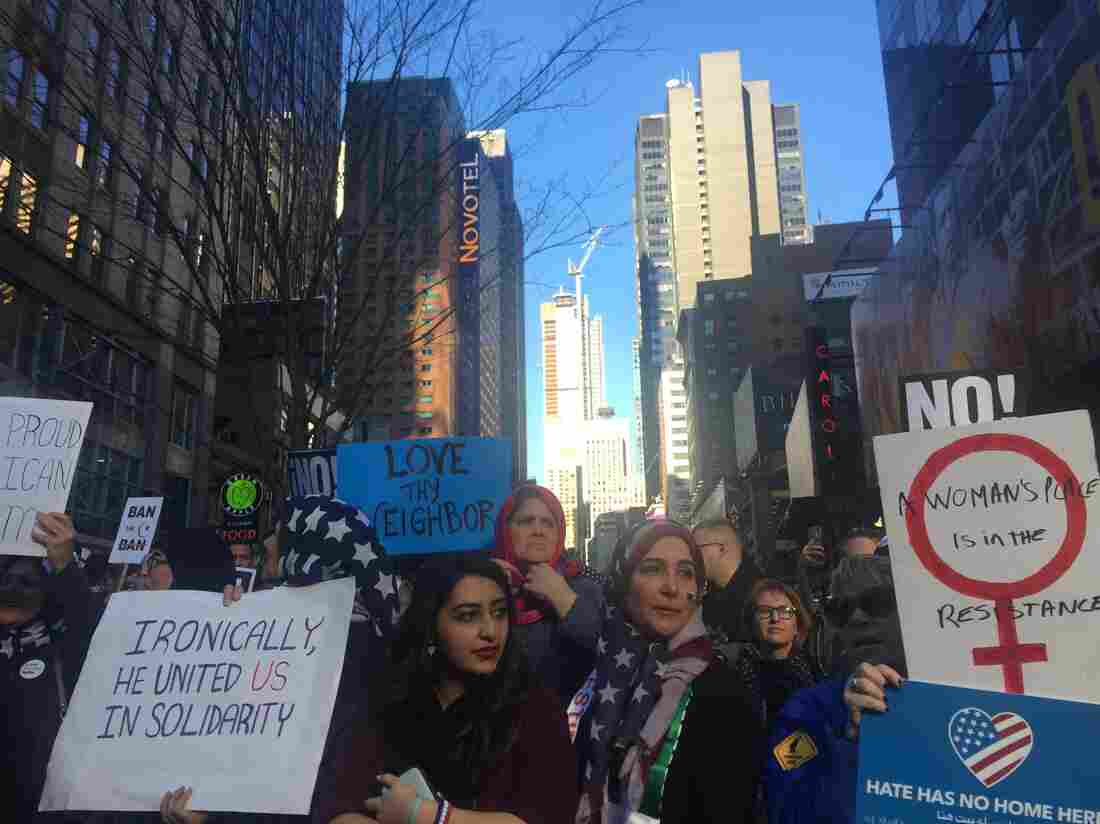 Amal Bajes, sporting a printed American flag hijab, was at the "I Am Muslim Too" rally in New York City's Times Square with her daughter on Sunday. Kat Chow/NPR hide caption 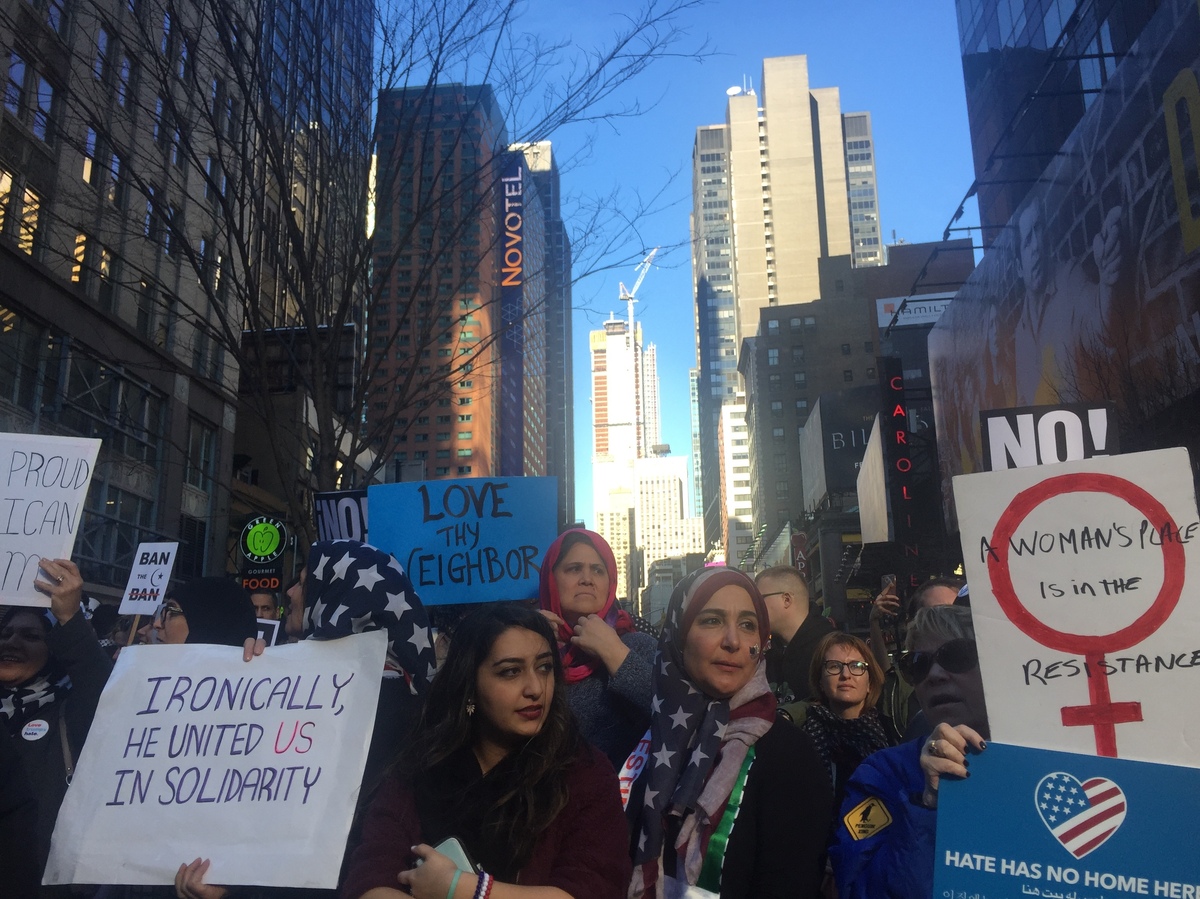 Amal Bajes, sporting a printed American flag hijab, was at the "I Am Muslim Too" rally in New York City's Times Square with her daughter on Sunday.

"We're using the Muslim community as a scapegoat. We are being mean to the people who are the victims of terrorism," Simmons, a former friend of Trump, told the crowd. After Trump called for a ban on Muslims entering the U.S. in 2015, Simmons penned an open letter describing Trump as a "one-man wrecking ball willing to destroy our nation's foundation of freedom."

"While you are saying, 'I am Muslim too,' I say to you, 'I am unapologetically Muslim all day, every day,' " said Linda Sarsour, executive director of the Arab American Association of New York. She brought attention to the date — Feb. 19 — which marks the 75th anniversary of when President Franklin Roosevelt signed Executive Order 9066, authorizing the forced relocation of more than 100,000 Japanese-Americans to incarceration camps.

"I ask you ... that you commit to being part of the true, never-again generation," Sarsour told the crowd. "Not on our watch, not on my watch, not on your watch."

Dispatches Of Discontent: Protesters Of Immigration Ban Take To The Streets

Amal Bajes was standing at the edge of one of the rally barricades. She was there with her daughter, and she was wearing an American flag hijab.

"We're here ... to express our thoughts and feelings that we're all Americans. We love this country. We're all immigrants," Bajes, an immigrant from Jordan, told NPR. "We were tearing [up], my daughter and I, for the beautiful words and support we heard from all the brothers and sisters here. We all came from different backgrounds, but look, we love each other."

Bajes was standing next to Ellen Landsberger, who she'd just met at the rally.

"I'm Jewish," Landsberger said, her arm around Bajes, "in the '40s, my people were turned away. The Holocaust happened. Today, it's Muslims that are being turned away. As my sister here said, we're all one people."

"As one of the signs here says," Landsberger said, "the irony of this — and the actions here — is that this has united us in more ways than he'll ever divide us."