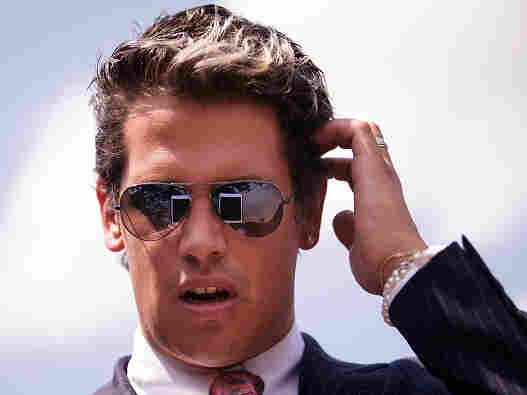 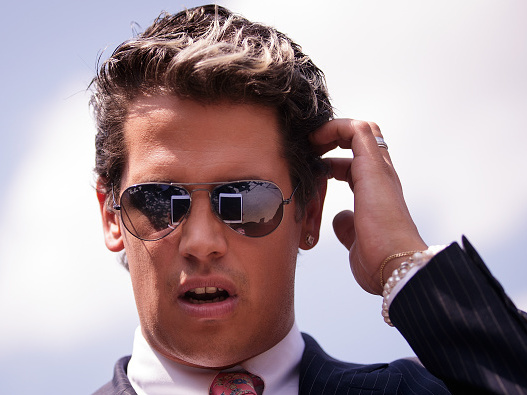 Breitbart News editor Milo Yiannopoulos lost both a speaking gig at a prominent conservative event and a book deal in less than 24 hours.

First, Monday afternoon the American Conservative Union rescinded its invitation to the right-wing provocateur — noted for his political posts on the Internet — to speak at its annual Conservative Political Action Conference this upcoming weekend. Then, a few hours later, Simon & Schuster announced that it was canceling the publication of Yiannopoulos' upcoming book, Dangerous.

These actions come in the wake of a social media backlash against Yiannopoulos after the conservative news outlet The Reagan Battalion tweeted videos on Sunday in which Yiannopoulos appears to condone statutory rape and sexual relationships between boys and men.

Yiannopoulos sought to clarify his comments Monday in a Facebook post citing the video clips as "deceptive editing" and blaming his own "sloppy phrasing" for any indication that he supports pedophilia. He goes on to defend himself by referencing his own relationship when he was 17 with a man who was 29. The age of consent in the U.K. is 16.

There were several references to sex between boys and men in the video.

"Due to the revelation of an offensive video in the past 24 hours condoning pedophilia, the American Conservative Union has decided to rescind the invitation of Milo Yiannopoulos to speak at the Conservative Political Action Conference.

"We realize that Mr. Yiannopoulos has responded on Facebook, but it is insufficient. It is up to him to answer the tough questions and we urge him to immediately further address these disturbing comments.

"We initially extended the invitation knowing that the free speech issue on college campuses is a battlefield where we need brave, conservative standard-bearers."

Schlapp also appeared on Fox News Monday evening to further explain why Yiannopoulos was dropped. Schlapp said that in the videos, it sounded as if Yiannopoulos was trying to mainstream something as offensive as pedophilia. He suggested that if what Yiannopoulos said was taken out of context, he needs to continue to speak out and clear his name on his own.

"Milo is one of God's children as well. We don't wish him any harm," Schlapp told Fox.

Yiannopoulos's book Dangerous was originally scheduled to be released in March but was pushed back to June, The Associated Press reports. Some 100 Simon & Schuster authors had objected to the book deal.

On Monday, Simon & Schuster announced that it's canceling the publication of the book, issuing the following statement to its staff obtained by NPR:

"After careful consideration, Simon & Schuster and its Threshold Editions imprint have canceled publication of Dangerous by Milo Yiannopoulos."