Accessibility links
North Korean Diplomat Joins List Of Suspects In Kim Jong Nam's Death : The Two-Way It's the latest twist in the inquiry into the killing of Kim Jong Un's estranged half-brother, who died 10 days ago shortly after being approached by two women at Kuala Lumpur International Airport. 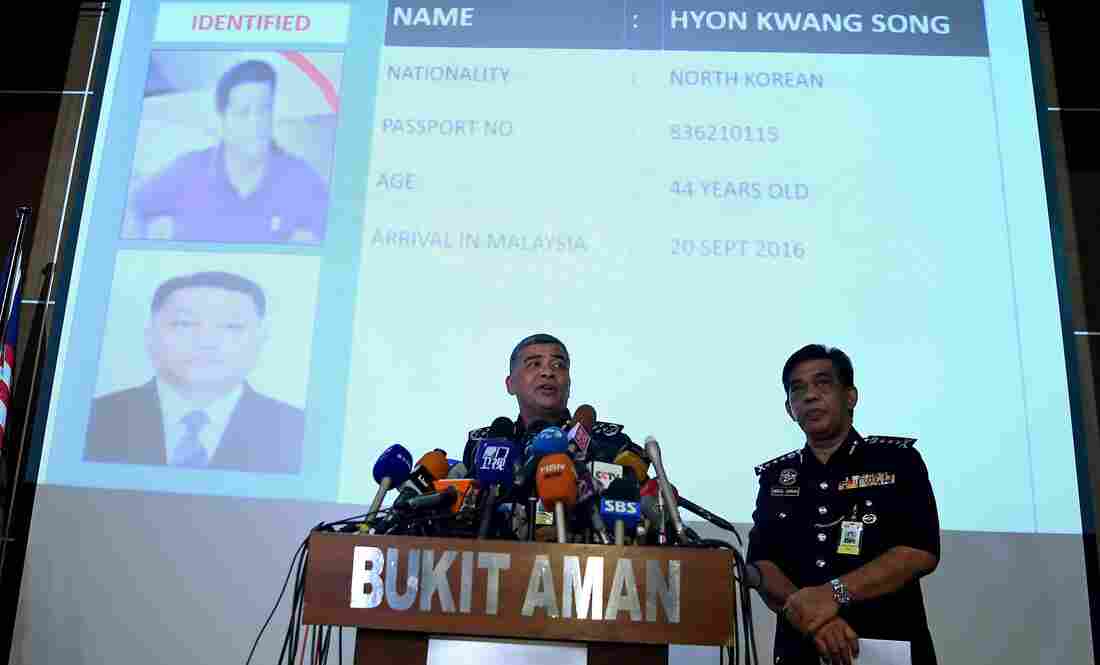 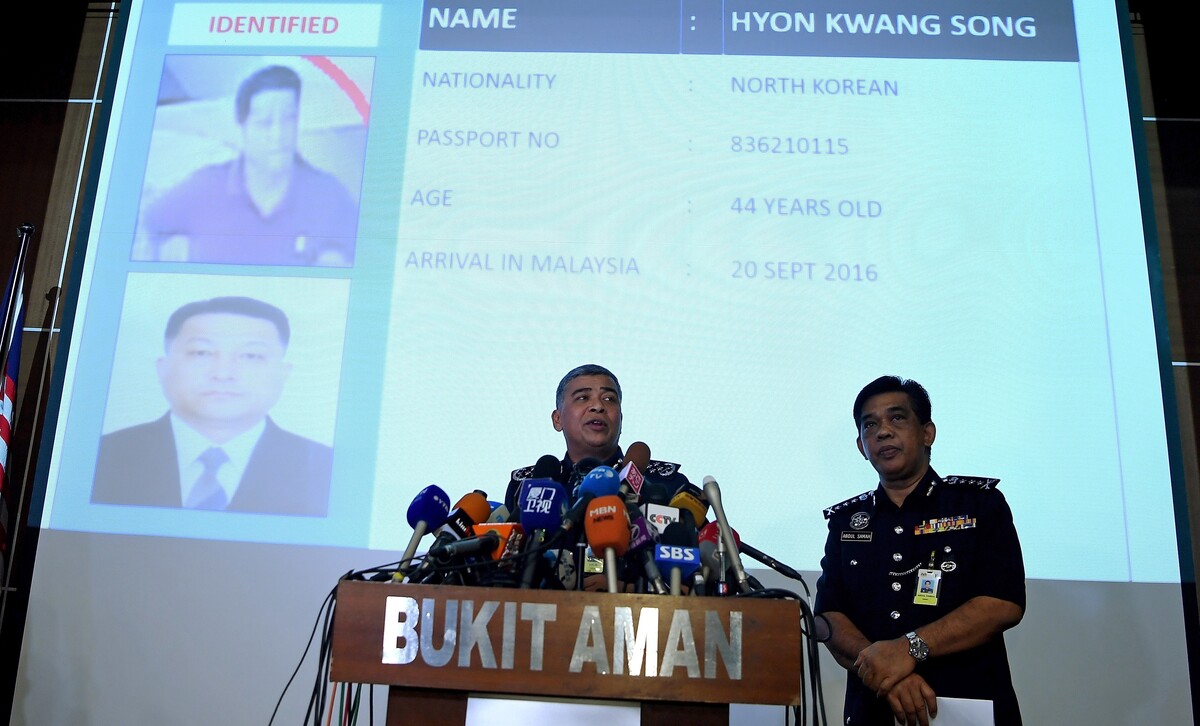 Royal Malaysian Police Chief Khalid Abu Bakar addresses journalists in front of a screen displaying the details of North Korean Embassy staffer Hyon Kwong Song, who has been identified for questioning, during a press conference at the Bukit Aman police headquarters in Kuala Lumpur.

Malaysian investigators want to talk with a senior North Korean diplomat in connection to the poisoning death of Kim Jong Nam, the estranged half-brother of North Korean leader Kim Jong Un. The development comes as the North Korean Embassy in Kuala Lampur insists no poison was used.

"The Malaysian inspector general says authorities have added two North Korean suspects to their list — including the second secretary of North Korea's embassy in Kuala Lumpur," NPR's Elise Hu reports for NPR's Newscast unit. "He stopped short of accusing the North Korean regime of being behind the attacks, saying only that it's clear that North Koreans were involved."

A car with North Korean Embassy tags visited a central police office for around a half-hour Wednesday afternoon, according to Malaysia's The Star news agency, which adds that the car's occupants ignored a flock of journalists who were seeking comment.

It's the latest twist in the inquiry into the killing of Kim Jong Nam, who died last week shortly after being approached by two women at Kuala Lumpur International Airport. Those women are in police custody, along with a taxi driver and another man — but authorities have also said they want to speak to four North Korean men about the case. Those four men are believed to have left Malaysia on the day of the poisoning.

Video has emerged that purports to show the moment Kim was set upon at the airport, with closed-circuit footage showing the man walking in a terminal before being accosted by two women, who then walk off in separate directions. Police say those women — one from Vietnam, the other from Indonesia — applied a type of liquid to Kim's face and seemingly covered it with a cloth.

Seeking to debunk the police theory, North Korea's embassy issued a statement Wednesday that reads in part, "the liquid they daubed for a joke is not a poison and there is another cause of death for the deceased."

Referring to the video recording, the statement calls it a "delusion" that the women would have "daubed the poison on the victim's face with their own hands."

Calling for the women's release, the embassy asks, "Then how is it possible that these female suspects could be alive after the incident?

Investigators say they believe the women had practiced their attack and knew to get the dangerous substance off their hands quickly.