Accessibility links
Arkansas Supreme Court Strikes Down Local Anti-Discrimination Law : The Two-Way The court ruled that a Fayetteville, Ark., law protecting LGBT people violated a state law barring cities from protecting people from discrimination who are not already covered at the state level. 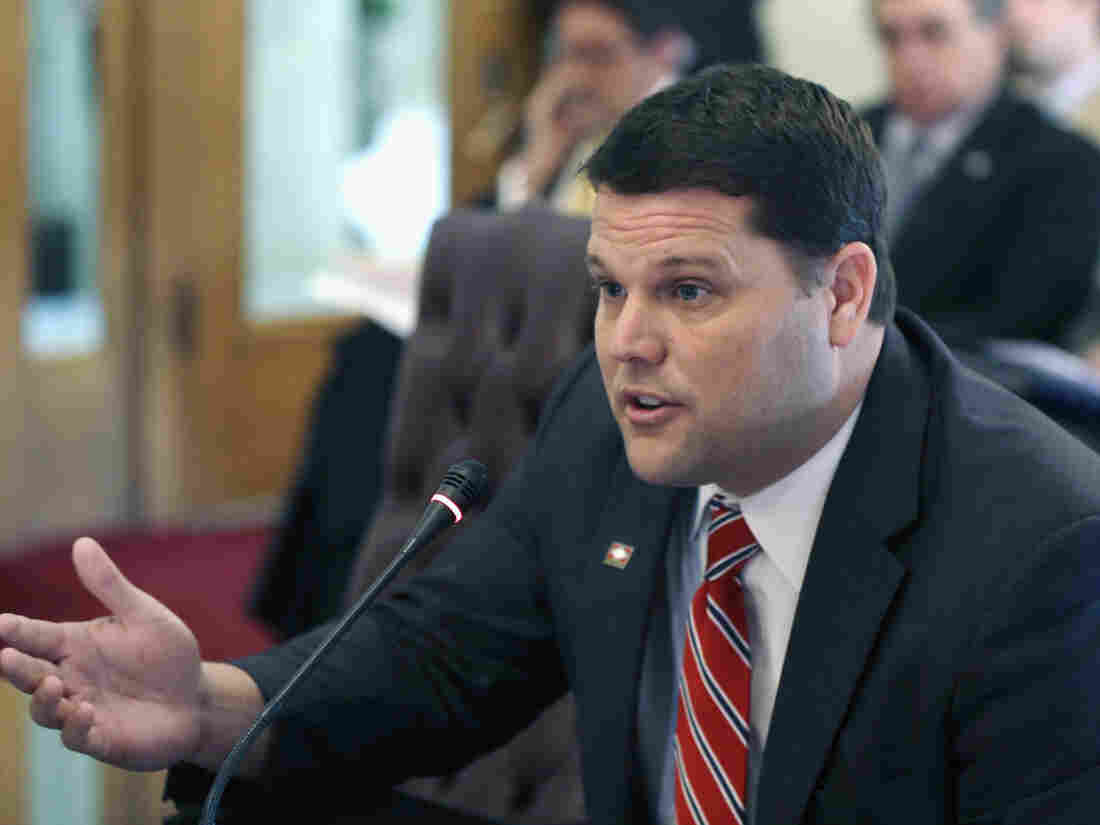 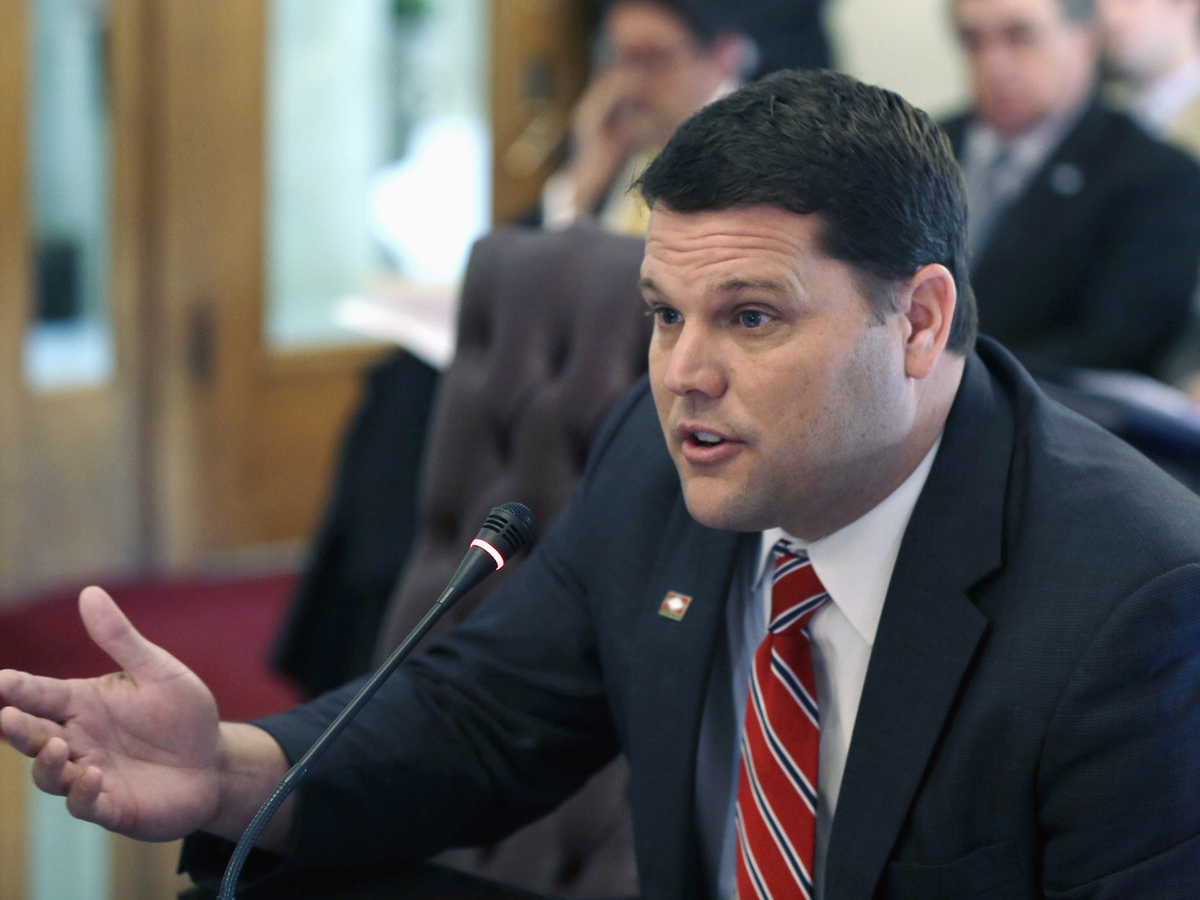 Arkansas state Sen. Bart Hester, defends his bill preventing local governments from passing their own anti-discrimination laws. On Thursday, a Fayetteville law was struck down by the state Supreme Court.

The Arkansas Supreme Court has struck down a local law that protected people in the city of Fayetteville from discrimination on the basis of sexual orientation or gender identity.

Arkansas is one of a handful of states where it is illegal for local governments to pass anti-discrimination laws that cover classes of people not already protected under state law.

A February 2015 Arkansas law made it illegal for "a county, municipality, or other political subdivision of the state" to adopt any law that "creates a protected classification or prohibits discrimination on a basis not contained in state law."

The name of the Fayetteville ordinance nods to the state law. Approved by the City Council in June 2015, it's called "An Ordinance To Ensure Uniform Nondiscrimination Protections Within The City of Fayetteville For Groups Already Protected To Varying Degrees Throughout State Law." It was approved by voters in September of that year.

In a unanimous ruling on Thursday, the state Supreme Court wrote:

"The Ordinance specifically states that its purpose is to 'extend' discrimination to include 'sexual orientation and gender identity.' In essence, [the city ordinance] is a municipal decision to expand the provisions of the Arkansas Civil Rights Act to include persons of a particular sexual orientation and gender identity. This violates the plain wording of [the state law] by extending discrimination laws in the City of Fayetteville to include two classifications not previously included under state law."

Lawyers defending the city had unsuccessfully argued that because discrimination on the basis of gender identity and sexual orientation are addressed in a state antibullying statute, the Fayetteville ordinance was legal.

Fayetteville City Attorney Kit Williams told The Associated Press that he will now focus on challenging the constitutionality of the state's 2015 law in the lower court.

"They can't ... prevent the city from enacting protections for its gay and lesbian residents," Williams said.

Arkansas is one of multiple states where local governments are at odds with state legislatures over discrimination protections.

After the city of Charlotte, N.C., passed a law protecting LGBT people from discrimination, the Legislature in that state passed a law similar to the one in Arkansas, barring cities from passing broad anti-discrimination statutes.

North Carolina has lost business as a result of that state law, including NCAA championships that were scheduled to be held there. The ACLU has sued the state on behalf of Joaquin Carcaño, a 27-year-old transgender man who works at the University of North Carolina at Chapel Hill and is banned from using public men's restrooms under the law.

Other states have passed what supporters refer to as religious freedom laws, allowing people to refuse to to do business with certain people because of personal religious opposition to same-sex marriage, extramarital sex or transgender people.

In two recent instances, Mississippi passed such a law in April 2016 but it was struck down by a federal judge before it could take effect. In 2015, then-Indiana Gov. Mike Pence signed one, but a public backlash led lawmakers to amend it before it took effect.

In Texas, Lt. Gov. Dan Patrick is working to pass a bill that could require transgender people to use the restroom that corresponds to the gender on their birth certificate, as we have reported. The National Football League warned earlier this month that it would consider moving the Super Bowl out of Texas should such a bill become law, the Houston Chronicle reported.

According to the National Conference of State Legislatures, 21 states have passed "religious freedom restoration acts" since 1993.