Accessibility links
Some Teachers, Principals And Students Condemn Trump Transgender Policy : The Two-Way Supporters say it was wrong to force local schools to allow transgender students to choose which bathroom to use. Critics say rescinding that policy empowers those who harass transgender kids. 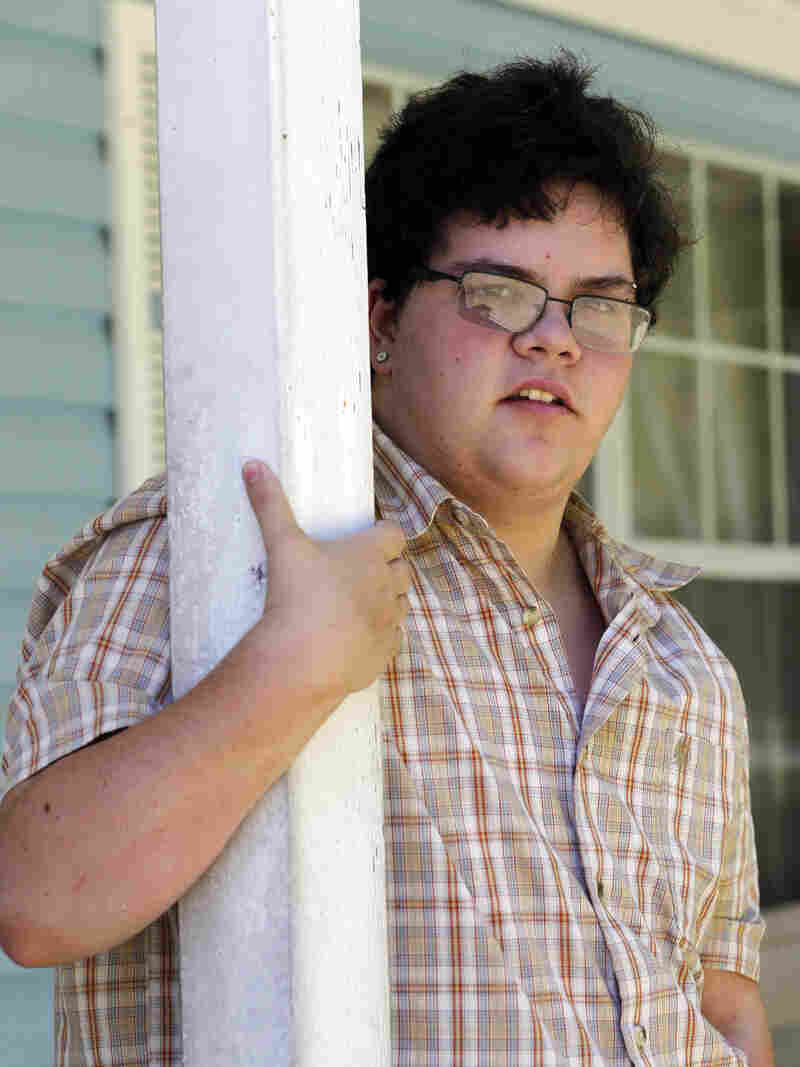 Gavin Grimm is the plaintiff in a case scheduled to be argued before the U.S. Supreme Court in March. Grimm sued the school board in Gloucester, Va., after it passed a rule barring transgender students from using school restrooms that match their gender identity. Steve Helber/AP hide caption 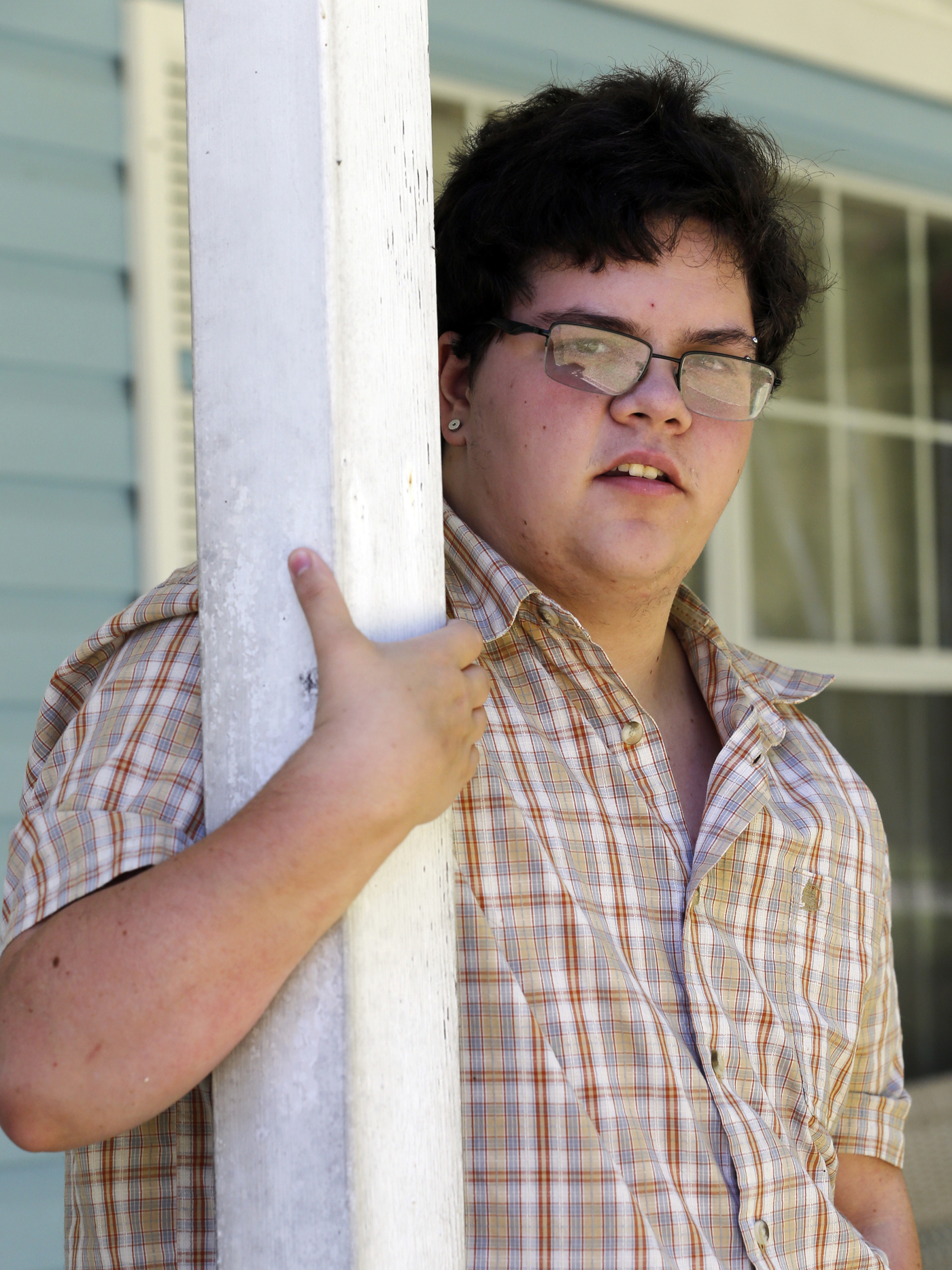 Gavin Grimm is the plaintiff in a case scheduled to be argued before the U.S. Supreme Court in March. Grimm sued the school board in Gloucester, Va., after it passed a rule barring transgender students from using school restrooms that match their gender identity.

Some students, principals, parents and attorneys have condemned the Trump administration's decision to remove some federal protections for transgender students.

Those protections had been issued by President Barack Obama, who cited the federal Title IX law, and instructed public schools last year to allow transgender students to use restrooms and locker rooms that match their gender identities.

But the departments of Education and Justice on Wednesday reversed that guidance, allowing state and local officials to pass rules that discriminate on the basis of gender identity without risk of losing federal funds, as we reported.

In response to the news, the National Association of Secondary School Principals, which petitioned the federal government to issue the guidelines last year, said in a statement "rescinding the guidance will discourage educators' efforts to support transgender students, and embolden their harassers."

The American Federation of Teachers said "the Trump administration is compromising the safety and security" of transgender students, and the National Education Association, the other large union of public school teachers, said "schools have a legal and moral duty to support transgender students," reported NPR's Claudio Sanchez.

The administration's decision will not have any immediate legal effect on public schools, because a federal court in Texas issued a nationwide injunction in August blocking the enforcement of the Obama administration guidance.

"No longer will federal officials distort federal law that is meant to equalize educational opportunities for women," said Gary McCaleb, senior counsel for the Christian group Alliance Defending Freedom, according to The Associated Press. "No longer will they force local officials to intermingle boys and girls within private areas like locker rooms, showers, hotel rooms on school trips and restrooms."

Texas Attorney General Ken Paxton, who brought the lawsuit against the Obama administration, said he agreed with the Trump administration's decision.

"Our fight over the bathroom directive has always been about former President Obama's attempt to bypass Congress and rewrite the laws to fit his political agenda for radical social change," Paxton told Reuters.

Secretary of Education Betsy DeVos addressed student safety in a statement shortly after the policy change announcement, which her department supported.

She wrote, "at my direction, the Department's Office for Civil Rights remains committed to investigating all claims of discrimination, bullying and harassment against those who are most vulnerable in our schools."

The heads of two national LGBT advocacy groups, PFLAG and the Gay, Lesbian and Straight Education Network, accused DeVos of causing "unnecessary fear and confusion among transgender students and their families" by allowing federal protections to be rescinded.

Ginger Clifton, who lives in Michigan and whose teenage daughter Kylie is transgender, spoke to reporters on Thursday, along with attorneys from the ACLU.

"Kylie has been using the girls' bathroom for two years," she said. "Nobody feels threatened. Just because someone is uncomfortable doesn't mean my daughter should have to walk across the school to use a unisex bathroom."

One American student has taken on a particularly public role in the national conversation about the rights of trans people in public schools.

Seventeen-year-old Gavin Grimm is the plaintiff in a case challenging the right of his local school board to bar him from the boys' bathrooms at his high school. The case will be argued before the U.S. Supreme Court in March.

"Every day I go in and I face the reality that I'm not allowed to use the same restroom as my peers," Grimm told NPR's All Things Considered on Thursday. "I face the looks and the whispers and the comments and just the general increased isolation."

The senior from Gloucester County, Va., was initially allowed by the school principal to use the boys' bathroom. But after complaints from some parents, the school board adopted a policy that required students to use either the bathroom that corresponds with their "biological sex" or a separate single-stall restroom.

Grimm sued the school board. His lawsuit argues the bathroom policy is unconstitutional under the 14th Amendment and violates Title IX of the U.S. Education Amendments of 1972, which prohibits sex discrimination by schools.

A previous version of this story incorrectly said the transgender policy guidance had been reversed on Tuesday. It was on Wednesday.