Accessibility links
Major League Baseball Poised To Change Intentional Walk Rule : The Two-Way The proposed rule change would mean forgoing actually throwing four pitches. Instead, the bench would simply signal to the umpire that the manager wants to give the batter a free pass. 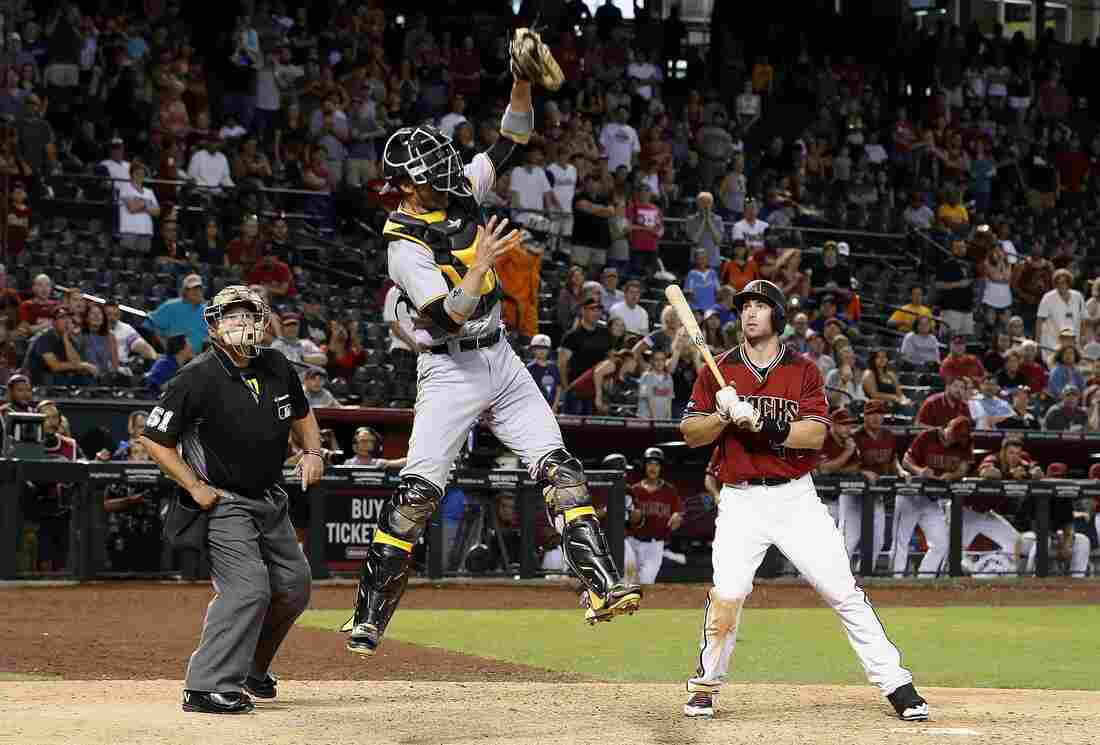 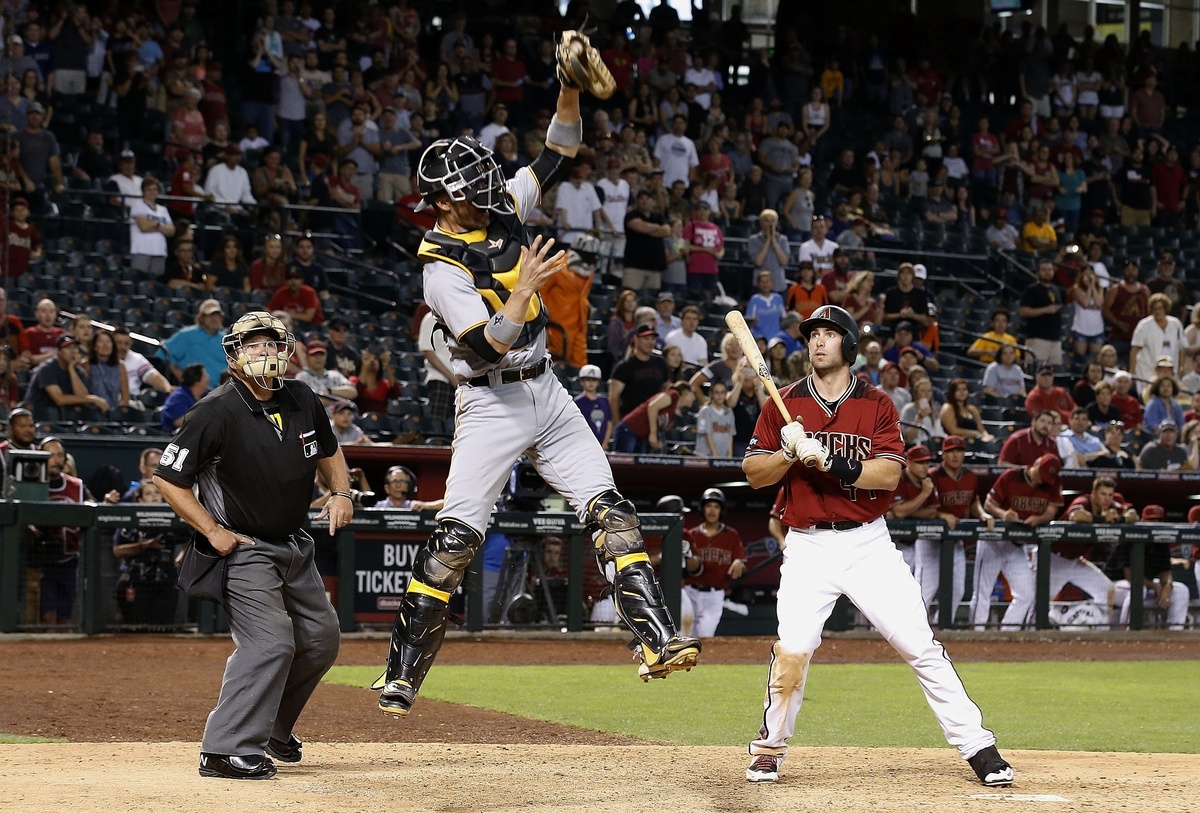 In baseball, if a pitcher wants to intentionally walk a batter, he has to actually lob the four pitches outside the strike zone. It's a technique often used to bypass a particularly strong batter, or to set up a double play.

But that rule now appears poised to change.

The Major League Baseball commissioner's office has proposed a rule change to have the pitcher forgo actually throwing four balls — instead, the bench would simply signal to the umpire that the batter will be intentionally walked.

The head of the players union, Tony Clark, has signaled that it is amenable to the change, according to The Associated Press.

"As part of a broader discussion with other moving pieces, the answer is yes," Clark told the wire service. "There are details, as part of that discussion, that are still being worked through, however."

Mike Teevan, vice president of communications for Major League Baseball, tells The Two-Way that the change is currently under consideration. Any rule change involves many parties, he explains, and "that process is not yet complete."

MLB.com has reported that we could see the change as early as this upcoming season.

This is part of a larger push to ramp up the pace of the game, and it comes after Commissioner Rob Manfred told reporters on Tuesday afternoon that there would be no "meaningful" rule changes for the upcoming season after they were not accepted by the players union.

Among the proposed changes: introducing a pitch clock to reduce the time between pitches, and capping the number of times a catcher can conference with a pitcher. Manfred argued that these changes would have "little effect of the competitive character of the game" but would "take dead time out of the game" and "keep fans engaged." These remain on the table, he said.

The changes would benefit the fans and respond to the ways the game has changed, Manfred said:

"I think it's a mistake to stick our head in the sand and ignore the fact that our game has changed and continues to change. Since 1980, home runs are up 32 percent. And strikeouts are up 67 percent. Last year, balls in play were at a record low, and we all know that things like the use of relief pitchers has changed dramatically in the last 30 years. I'm firmly convinced that our fans — both our avid fans and casual fans — want us to respond to and manage the change that's going on in the game."

Not all fans are happy. As some social media users pointed out, intentional walks are not currently automatic — and that means exciting and unexpected things sometimes happen. For example, a wild pitch over a catcher's head can provide a memorable opportunity to steal a base. And occasionally, a batter actually manages to hit the pitch. Here's a compilation posted on Twitter of some of those exciting moments (h/t Washington Post):

•The MLB has approved to change the intentional walk rule. Which now will be granted following dugout signal. Take a look at these classics. pic.twitter.com/g3iyEW5kB3

"You're changing or altering the essence of the sport under the guise of speeding it up minimally," ESPN host Michael Smith argued. "The object of the game is to pitch to a batter — you should still have to execute those pitches."