Accessibility links
Car Bomb Kills More Than 50 People Near Syrian Town Captured From ISIS : The Two-Way At least 34 of the dead reportedly were civilians. The blast happened just north of al-Bab, at a checkpoint crowded with people who had fled the fighting and were preparing to return to their homes. 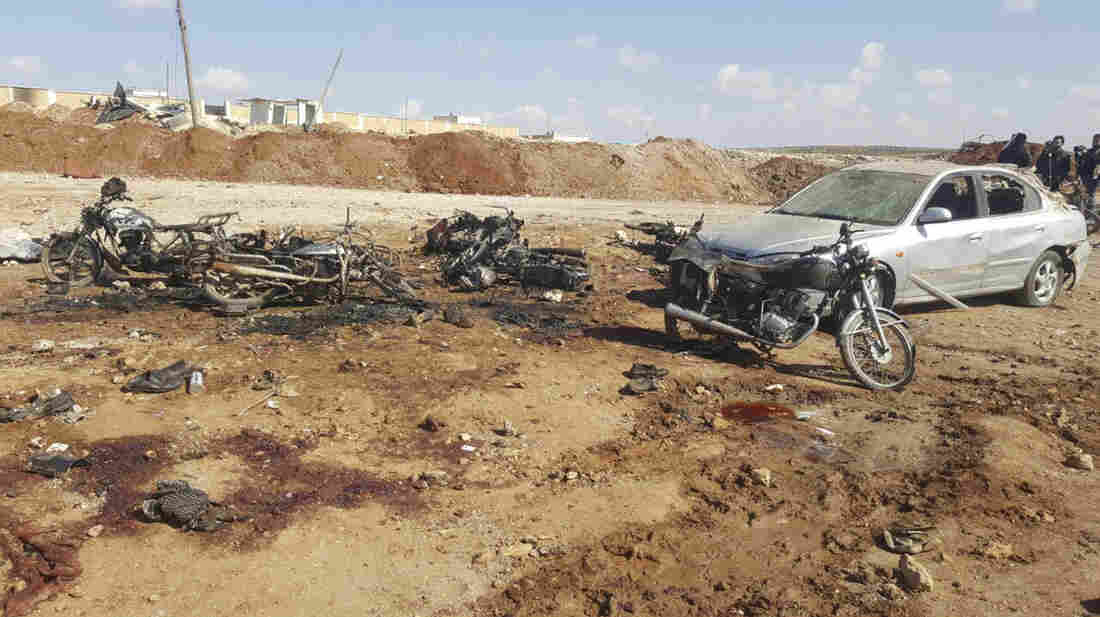 Burned, twisted metal from motorcycles covered an area where a suicide attacker blew up his small pickup truck outside a security office on Friday in the village of Sousian in northern Syria. AP hide caption 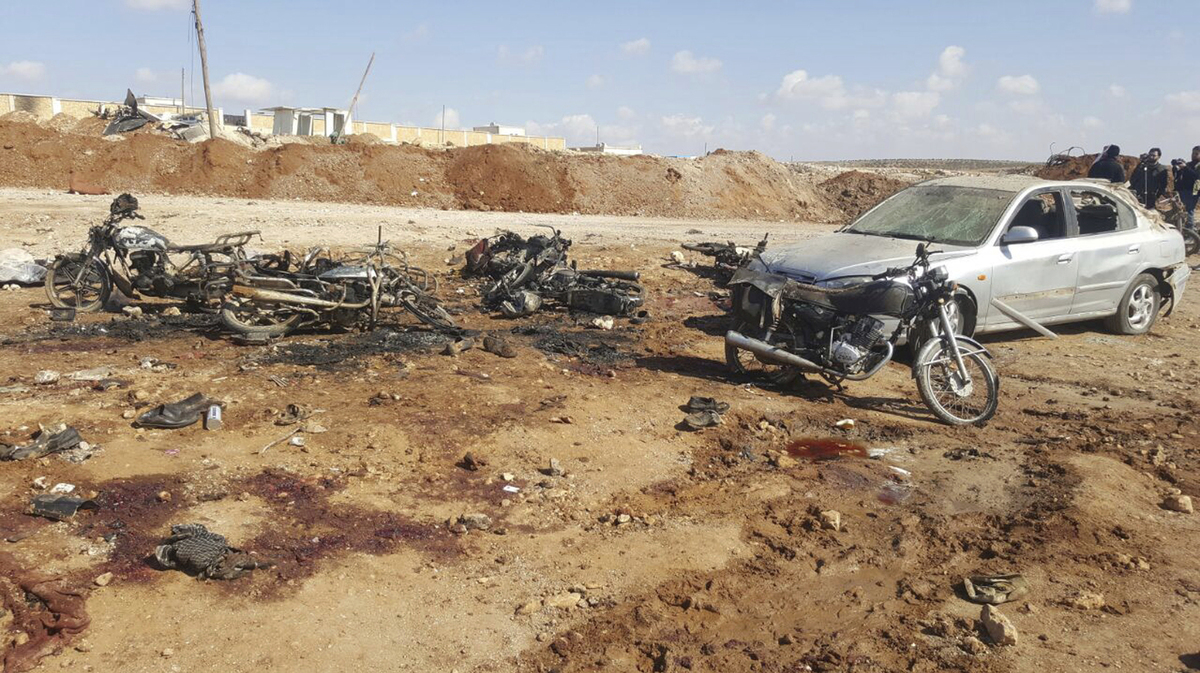 Burned, twisted metal from motorcycles covered an area where a suicide attacker blew up his small pickup truck outside a security office on Friday in the village of Sousian in northern Syria.

An ISIS-claimed car bomb exploded near the Syrian town of al-Bab, killing at least 51 people in an area that Turkish-backed rebels recently seized from Islamic State militants.

At least 34 of those killed were civilians, according to the Syrian Observatory for Human Rights, a British-based monitoring group. Witnesses told Reuters that the bomb went off in the village of Sousian, five miles north of al-Bab, at a rebel checkpoint crowded with people who had fled the fighting and were preparing to return to their homes.

The car "drove right into the heart of the crowd," said Khalil Abdulrahman, a Syrian journalist from al-Bab, told The Washington Post. "There were bodies everywhere. Some of them were on fire. When I got closer to them, I realized I knew their faces. They were trying to go home."

The death toll is likely to rise because some of the injured victims were in critical condition, according to the Observatory.

The offensive for al-Bab began mid-November and the Turkish-backed Free Syrian Army, a loose array of rebel groups, took control of the town on Thursday. The BBC says the town came under ISIS control in early 2014 and was the extremist group's "last major stronghold in Aleppo province."

A second explosion in Sousian also occurred later Friday, according to multiple media reports, but the extent of the damage was not immediately clear.

And Turkey's state-run Anadolu news agency said there was a third explosion, south of al-Bab, that killed two Turkish soldiers and injured three others. They were "on a landmine reconnaissance mission," the agency adds.

ISIS fighters regularly leave behind landmines after they suffer a defeat.

Recapturing al-Bab was part of a broader Turkish military operation called Operation Euphrates Shield, launched last August. It represented a major escalation for Turkey in the Syria conflict, and was intended to clear ISIS militants from the border area.

The capture of al-Bab achieved those aims. "With al-Bab under control, the targets planned at the start of the operation have been achieved," said Hulusi Akar, the head of Turkey's chief of staff, according to Reuters. "In the aftermath, support will be provided to normalize life and for the local people to quickly return to their homes."

It's difficult to overstate the obstacles to peace here. As Reuters writes, "with obvious tensions among participants at the opening ceremony and the opposition delegation not fully under one umbrella, there appeared little prospect the sides would meet directly soon."

De Mistura recognized the challenges in his welcome statement. "We face an uphill battle," he said. "It will not be easy, but we must apply ourselves to this task."