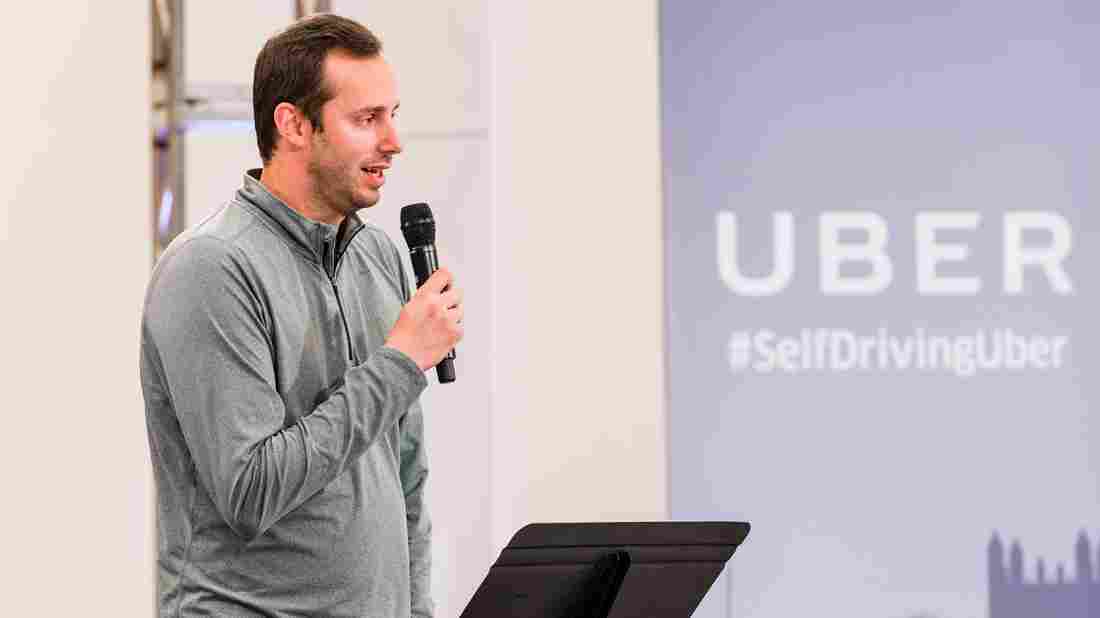 Anthony Levandowski, who co-founded Otto and is now head of Uber's self-driving-vehicle project, is accused of taking proprietary designs and information with him when he left the Google spinoff Waymo. AFP/Getty Images hide caption 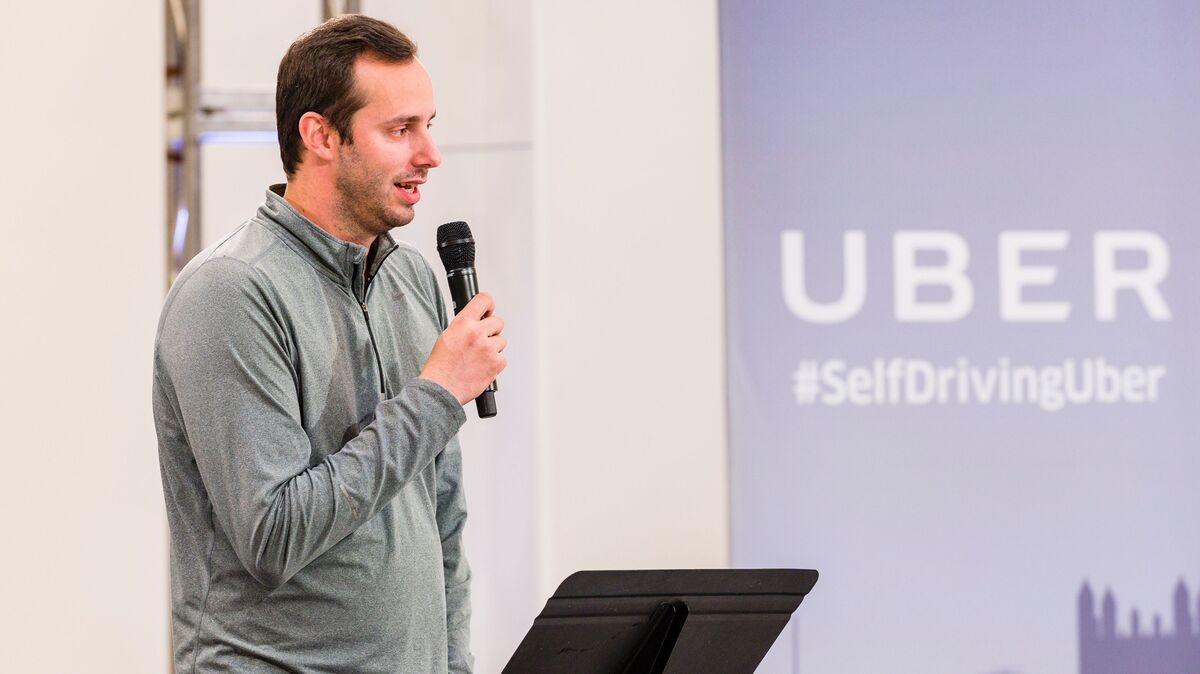 Anthony Levandowski, who co-founded Otto and is now head of Uber's self-driving-vehicle project, is accused of taking proprietary designs and information with him when he left the Google spinoff Waymo.

Waymo, the company that began as Google's self-driving-car project, is suing Uber — alleging that when Uber bought a startup founded by Waymo veterans, it also bought thousands of design files that had been inappropriately downloaded from its servers.

In its lawsuit, Waymo cites forensic evidence as well as a vendor's email that it received by mistake.

The startup in question is Otto, which was only months old when Uber bought it for roughly $680 million last summer. Uber put Otto co-founder Anthony Levandowski in charge of its self-driving-vehicle effort, which includes both trucking — a field Otto had focused on — and personal vehicles.

The problem, according to Waymo and Alphabet (Google's umbrella company) is that before he left, Levandowski "took extraordinary efforts to raid Waymo's design server and then conceal his activities."

Waymo says Levandowski's actions were "part of a concerted plan to steal Waymo's trade secrets and intellectual property." Before it acquired Otto, Uber was "more than five years behind" in the race to develop reliable autonomous vehicles, according to the court filing.

Requests for comment on the case from Uber and Otto were unanswered as of Friday morning.

Waymo's accusations center on LIDAR — essentially, the technology that allows self-driving vehicles to see the world around them by using lasers to shape an evolving 3-D image of other objects on the road. Waymo says it invested millions of dollars and thousands of hours to develop its advanced and cost-effective LIDAR sensors.

Waymo says Levandowski, who worked as a manager in its self-driving car project, downloaded nearly 10 gigabytes of data — more than 14,000 files — and attached an external hard drive to his company computer. A big chunk of that data, Waymo says, was related to LiDAR technology — including "confidential specifications for each version of every generation of Waymo's LiDAR circuit boards," the company says.

In its lawsuit, Waymo also says its former employees who left to join Levandowski's new venture took proprietary information with them.

"These secrets included confidential supplier lists, manufacturing details and statements of work with highly technical information," the company says in its complaint, "all of which reflected the results of Waymo's months-long, resource-intensive research into suppliers for highly specialized LiDAR sensor components."

LiDAR is also at the heart of an email that seems to have been sent to Waymo by mistake, by a vendor who copied the company on a message to Uber.

From the complaint filed in U.S. District Court:

"Waymo was recently — and apparently inadvertently — copied on an email from one of its LiDAR component vendors. The email attached machine drawings of what purports to be an Uber LiDAR circuit board. This circuit board bears a striking resemblance to Waymo's own highly confidential and proprietary design and reflects Waymo trade secrets."

Waymo accuses Levandowski of attempting to conceal his activity in the Waymo design server, saying he installed a new operating system on his company-issued laptop in an attempt to wipe the laptop clean — and that afterward, he only used the laptop again for a few minutes.

Here's the rough timeline of events Waymo alleges in its court filing:

Along the way, Otto and Uber marked two high-profile milestones. Last September, Uber began using self-driving cars as part of a pilot program in Pittsburgh. And in October, Otto made what was called "the world's first autonomous truck delivery" in Colorado.

While at Google, Levandowski was widely regarded as a star, a gifted engineer with a knack for integrating his work into the real world. The Ghost Rider robotic motorcycle he led the development of now belongs to the Smithsonian. He joined Google back in 2007 — and in 2013, a New Yorker profile said that "Levandowski is equal parts idealist and voracious capitalist. He wants to fix the world and make a fortune doing it."

When that article was published, Levandowski worked at Google X, the company's experimental lab. It's unclear how the current dispute might affect his reputation.

Waymo's lawsuit is the latest in a series of dramatic shifts in the relationship between Alphabet and Uber. Back in 2013, Google Ventures invested more than $250 million in the car service. At the same time, David Drummond, an Alphabet executive in corporate development, joined Uber's board — but he stepped down last summer, as the companies' roles as competitors became clear.