Accessibility links
The Problem With That Video Of Tigers Squaring Off With A Drone : The Two-Way The enclosure in China's Heilongjiang province, where the drone video was filmed, has been accused of keeping animals in "deplorable conditions." 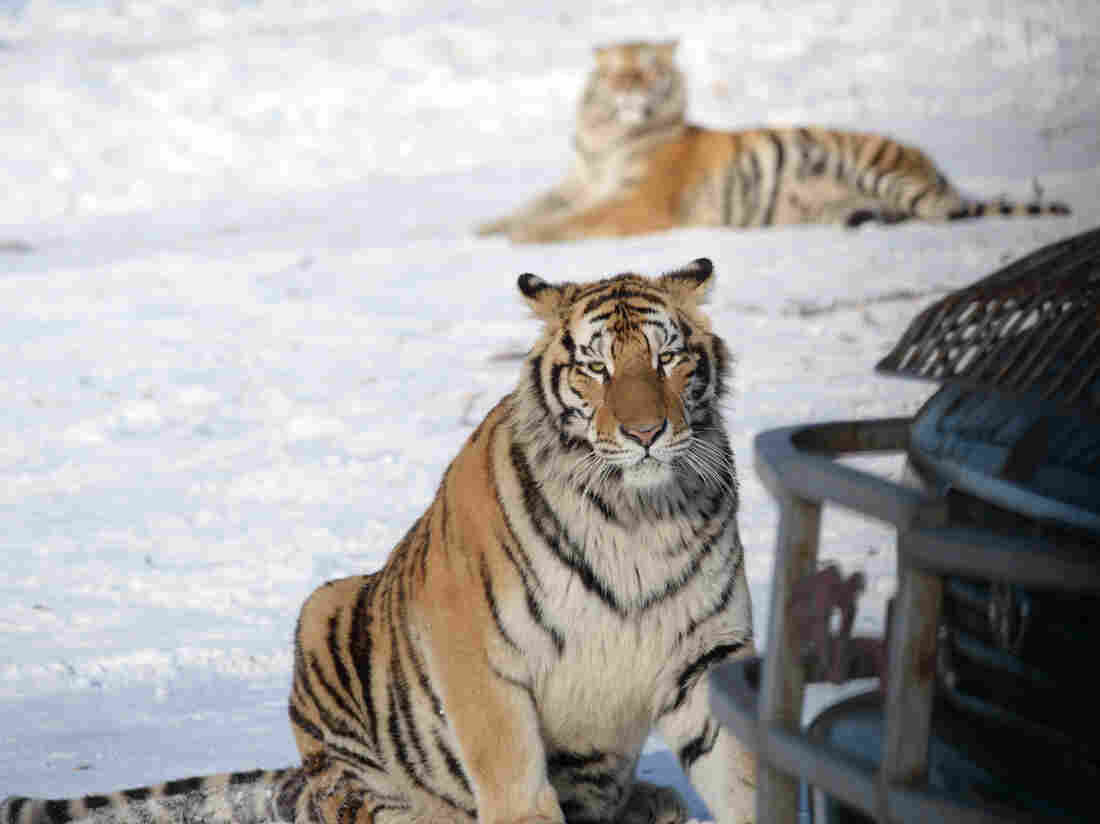 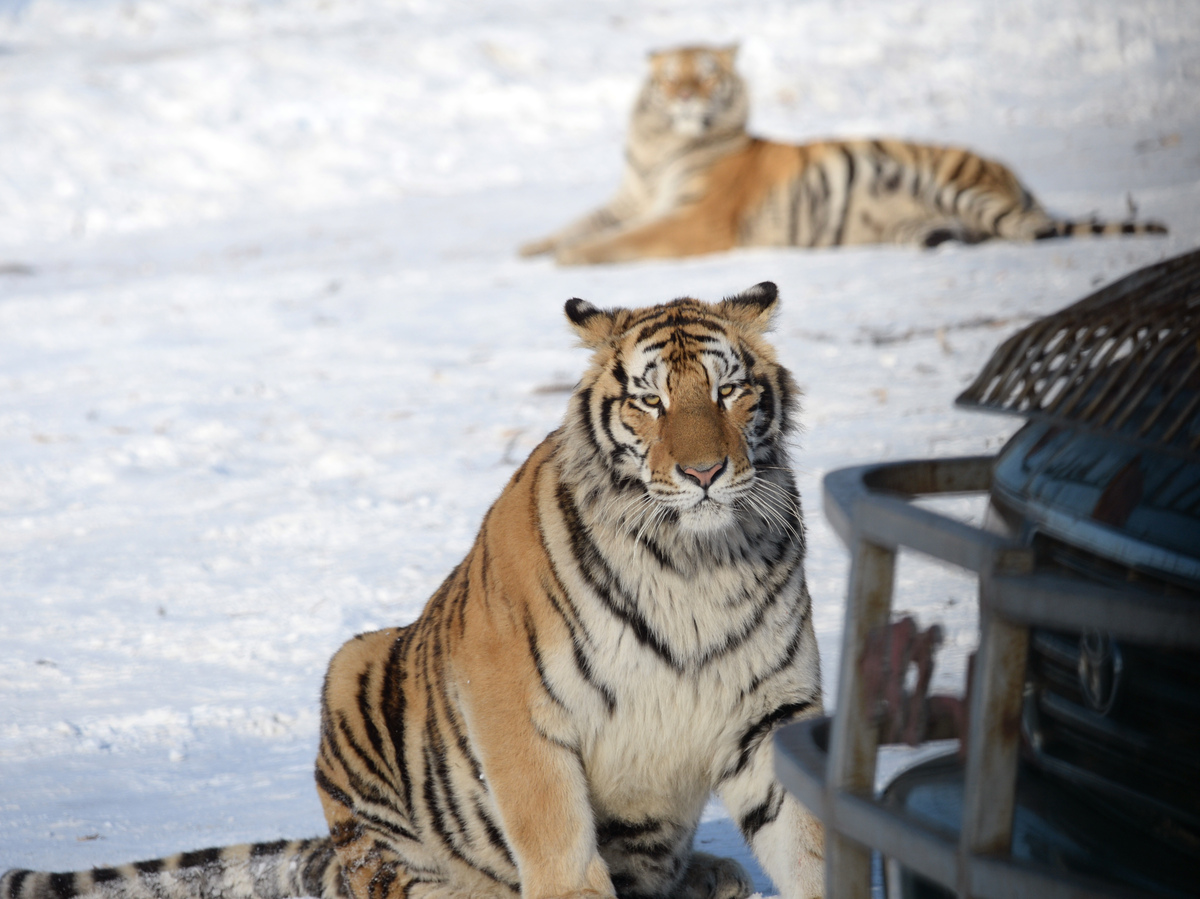 In this 2014 photo, two Siberian tigers rest beside a gamekeeper's vehicle at the Harbin Siberian Tiger Park in China's Heilongjiang province.

The video of about a dozen hefty Siberian tigers chasing and batting a flying drone from the sky seemed a lighthearted reprieve from the more serious news of the day. But since sharing the footage, we've become aware that it may conceal a darker story.

WATCH: In The War Between Tigers And Drone, Chalk One Up For Tigers

Vice's Motherboard notes that the Harbin Siberian Tiger Park in China's Heilongjiang province, where the drone video was filmed, has a past that belies its billing on travel sites as a "natural park for wild Siberian tigers." The Washington Post, drawing on its 2015 investigation, reports the state-run park is a tiger farm that has been implicated in the tiger bone and wine trade, which was banned by China in 1993.

That 1993 order banned the trade of tiger bone and its use for medicinal purposes.

McClatchyDC investigated the park in 2014, along with another tiger farm, and "found animals in deplorable conditions" in both parks. On Friday, Ben Pearson of World Animal Protection also told the Australian Broadcasting Corp. that "tigers are solitary animals, so it is unnatural for so many to live together."

Attempts to reach the Siberian Tiger Park have so far proved unsuccessful.

'Blood Of The Tiger': Shedding Light On China's Farmed-Tiger Trade

The roughly 200 tiger farms in China have bred about 6,000 tigers currently in captivity, author J.A. Mills told NPR in 2015. While some, like Liberty Institute's Barun Mitra, contend that registered Chinese tiger farms can serve to tamp down on poaching by legally and safely meeting demand for tiger pelts and bone, most conservationists strongly disagree.

The Environmental Investigation Agency reported in 2013 that while Chinese farms house thousands of tigers, only about 45 tigers still live in the wild in China. But a World Wildlife Fund report last year put the number in the single digits.