Accessibility links
'Ring Of Fire' Solar Eclipse Set To Blaze In Southern Skies : The Two-Way The annular solar eclipse, which will leave just a sliver of sun shining behind the moon, will be visible from the southern hemisphere Sunday. Here's how to watch, even if you're outside its path. 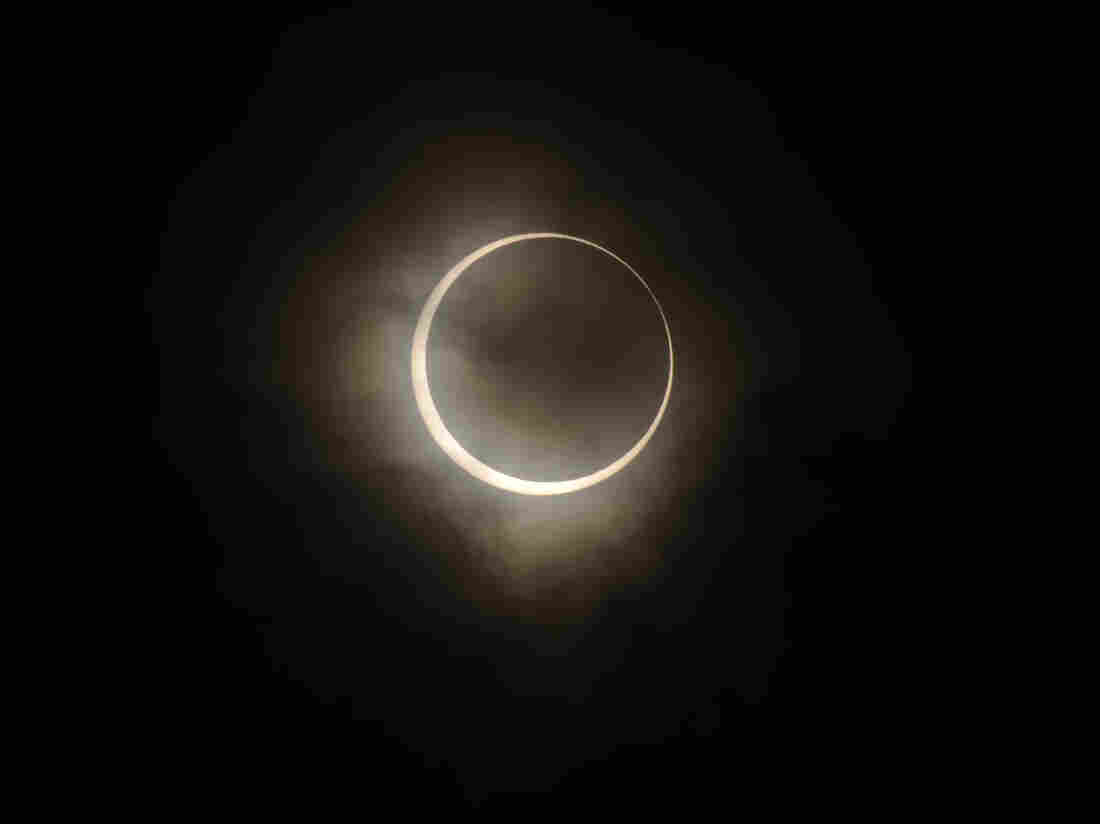 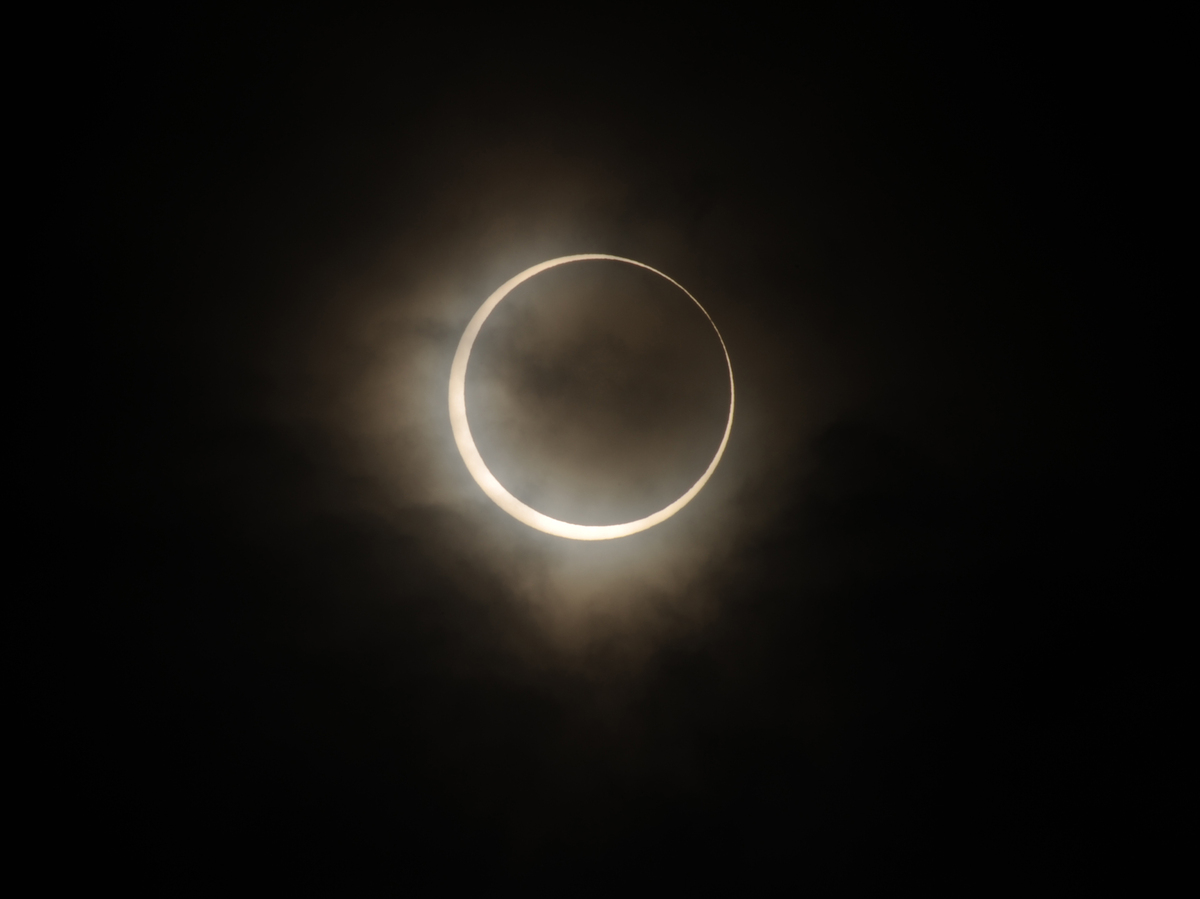 An annular solar eclipse observed from Tokyo in 2012.

Consider this your semi-regular reminder that, well, space is pretty neat.

If you're in the southern hemisphere and you happen to look up Sunday morning — or, for everyone else, if you happen to have Internet access — you may have the chance to see an annular solar eclipse. Unlike a total solar eclipse, this one will leave just a sliver of sunlight shining at the rim of the moon's shadow as passes between Earth and the sun.

The effect is a bit like an inept hide-and-seeker standing behind a bush he's just a little too big for — or, to adopt a simile closer to Johnny Cash's heart, like a burning "ring of fire." Though the moon may slide in front of the sun, the moon will be a little too far from Earth — and thus, from our vantage point, too small — to conceal the sun entirely.

The event will be visible above "parts of the Southern Hemisphere, including Chile, Argentina and Angola," NASA says.

The New York Times breaks down the eclipse's timing:

"It will quickly make landfall in southern Chile around 9:10 a.m. local time, and then traverse into Argentina. Sky watchers in Argentina will see approximately 97 percent of the sun covered by the moon for about a minute, according to [NASA astrophysicist C. Alex] Young.

"After that, the spectacle will cross the South Atlantic into Africa. It will hit parts of Angola around 4:15 p.m. local time and make appearances in Zambia and the Democratic Republic of Congo before the sun sets. It will last for a minute and a few seconds when it crosses over these countries."

But, one might wonder, what if you happen happen to find yourself outside the path of the eclipse Sunday morning?

Have no fear, dear denizens of the northern hemisphere: If you've got a decent Internet connection, you can still get a glimpse. Slooh Community Observatory, a network of telescope feeds, will be live-streaming the eclipse here starting at 7 a.m. ET.

And for those lucky enough to see the event firsthand, please, protect your eyes: "You can NEVER look directly at the sun, and an annular eclipse is no exception!" NASA warns. The agency has a few tips here on how to properly view the eclipse without, you know, losing the ability to view the next one.