Accessibility links
Oscars 2017: 'Moonlight' Wins Best Picture In A Shocking Final Twist : The Two-Way After a shocking end-of-night flub, Moonlight won Best Picture, but not before an incorrect announcement awarded the honor to La La Land.

In A Dramatic Finish, 'Moonlight' Takes Best Picture At The 2017 Oscars

In A Dramatic Finish, 'Moonlight' Takes Best Picture At The 2017 Oscars 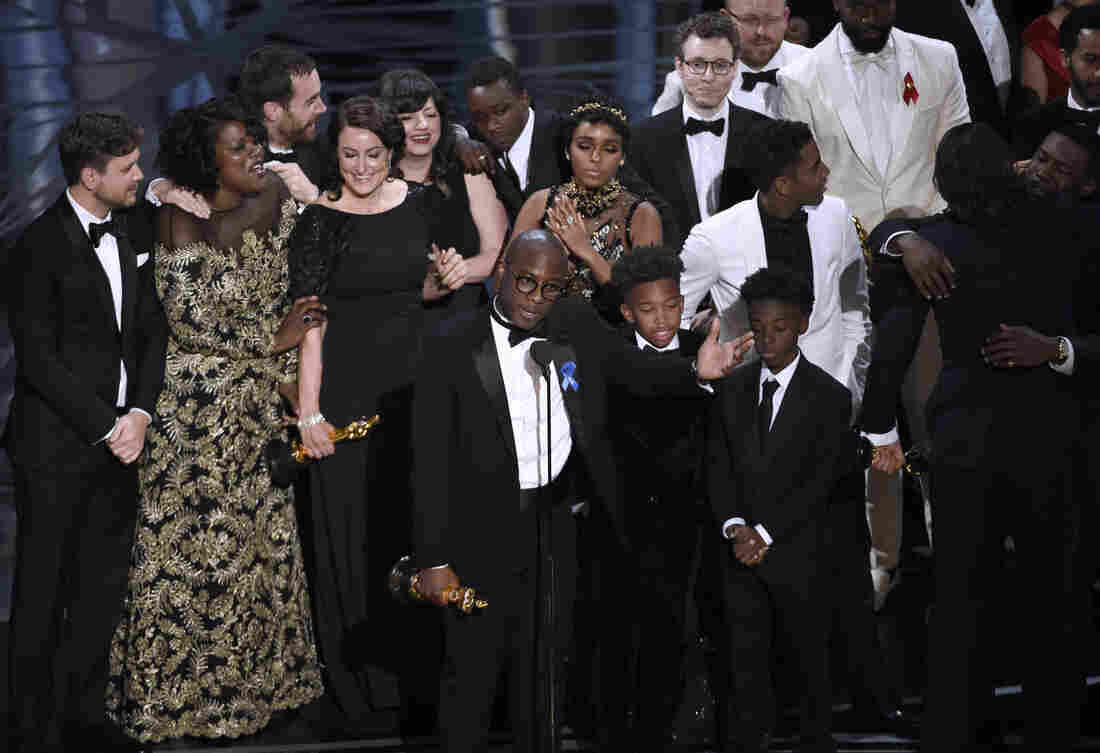 After a startling presentation mix-up for the best picture award, Barry Jenkins, at the mic, and the Moonlight cast accept the award at the Oscars on Sunday. Chris Pizzello/Invision/AP hide caption 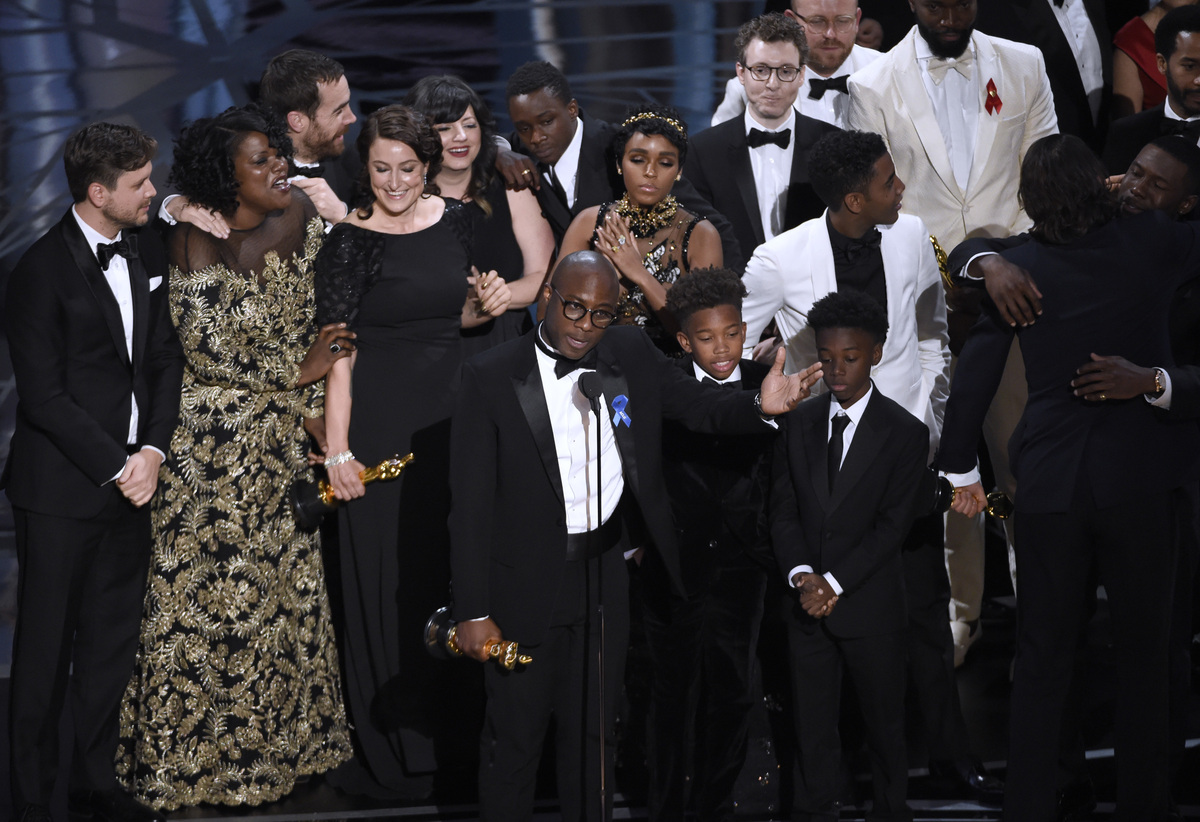 After a startling presentation mix-up for the best picture award, Barry Jenkins, at the mic, and the Moonlight cast accept the award at the Oscars on Sunday.

If you called it a night as soon as La La Land was announced best picture, you didn't get the whole story. Moonlight, in fact, took home that prize.

In a shocking end-of-night twist, La La Land was incorrectly announced as best picture. In the midst of the celebration, La La Land's cast and crew were all smiles as they gathered on stage.

But then, mid-speech, one of La La Land's producers, Jordan Horowitz, had to break the news.

"There's a mistake. 'Moonlight,' you guys won best picture," Horowitz said. He added, "This is not a joke."

He then held up the card to the cameras and handed off the award to Moonlight most graciously, as confusion swept the Dolby Theatre in Hollywood.

Presenters Faye Dunaway and Warren Beatty had mistakenly announced La La Land as the winner. Though it's still unclear what led to the mishap, Beatty says he was reading from what appeared to be the best actress envelope, with both La La Land and star Emma Stone's name printed on the card.

"What have you done?" Jimmy Kimmel chided Beatty.

Beatty explained onstage, "I opened the envelope and it said Emma Stone, La La Land. That's why I took such a long look at Faye [Dunaway] and at you — I wasn't trying to be funny."

Watch: Warren Beatty and Faye Dunaway in the biggest #Oscars flub ever. pic.twitter.com/BjBXrX7gi0

Winners or not, the 89th Academy Awards nomination roster already looked significantly more diverse than in recent seasons. For the first time in Oscars history, a black actor was nominated in every acting category in the same year.

After two straight years of making nominations that lacked people of color in an acting category, the Academy of Motion Picture Arts and Sciences seems to have turned the tide some this year. The Academy has upped the diversity of its membership in response to last year's protests — and it shows.

Here's the full list of winners in all 24 categories, marked in bold:

ACTOR IN A LEADING ROLE

ACTRESS IN A LEADING ROLE

ACTOR IN A SUPPORTING ROLE

ACTRESS IN A SUPPORTING ROLE