Accessibility links
Wilbur Ross Is Confirmed As Commerce Secretary : The Two-Way Ross, 79, made his fortune buying distressed companies and restoring them to health. Criticized by some as a "vulture capitalist," he received the support of the United Steelworkers union. 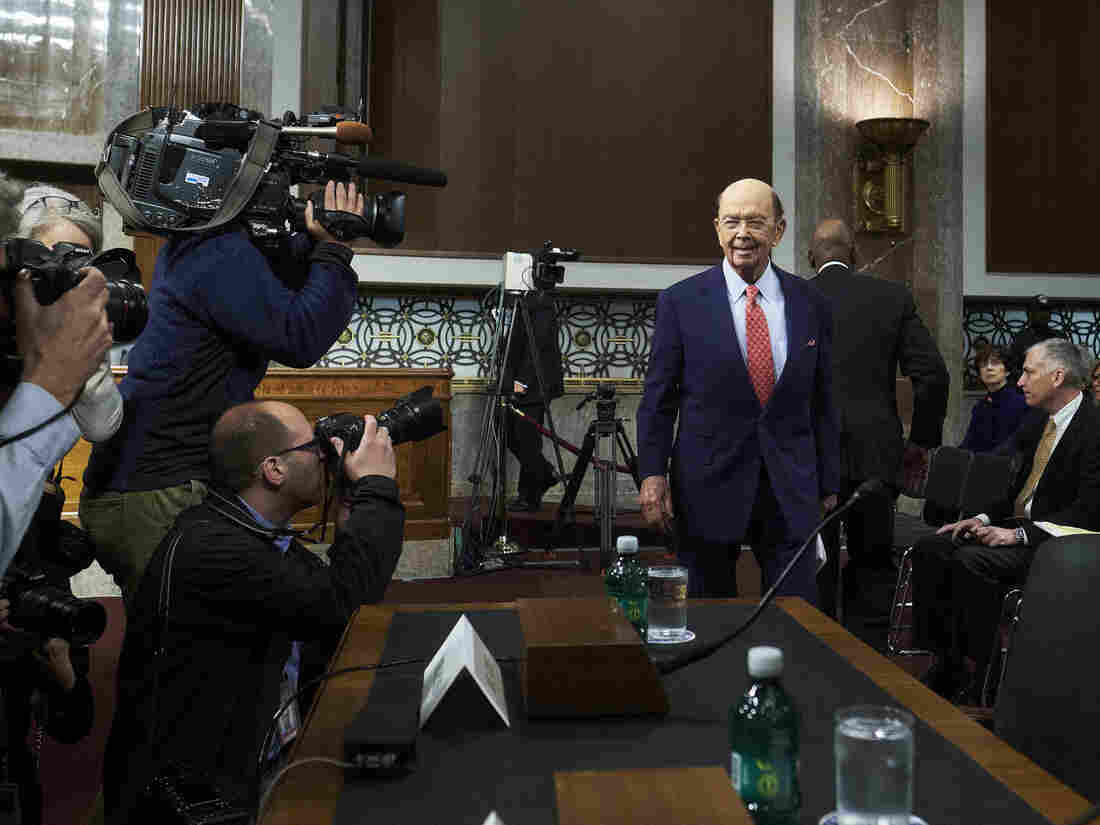 Wilbur Ross arriving for his confirmation hearing before the Senate Commerce Committee in January. Ross was confirmed by the U.S. Senate on Monday night. T.J. Kirkpatrick/Bloomberg via Getty Images hide caption 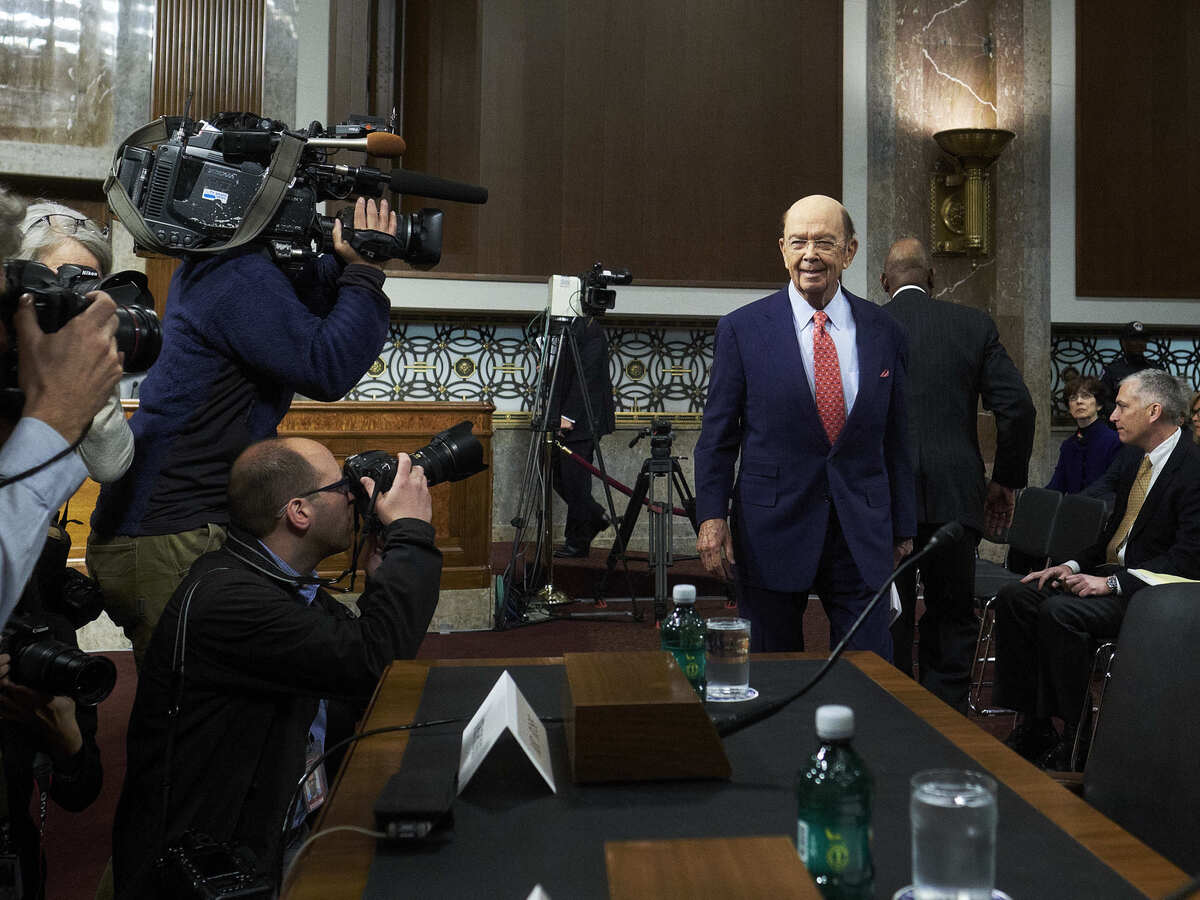 Wilbur Ross arriving for his confirmation hearing before the Senate Commerce Committee in January. Ross was confirmed by the U.S. Senate on Monday night.

Billionaire investor Wilbur Ross was confirmed as President Trump's secretary of Commerce on Monday night by a vote of 72 to 27 in the U.S. Senate.

Ross will divest from the private equity firm he founded, WL Ross & Co., as part of his ethics agreement upon entering government service. He will retain other financial interests but has pledged not to take any action as commerce secretary that would benefit a company in which he holds a stake.

Ross, 79, was a registered Democrat for much of his adult life but was an early supporter of Trump's candidacy. In a June 2016 interview with CNBC, Ross said:

"I think we need a more radical, new approach to government... middle class and lower middle class America has not really benefited by the last 10 to 15 years of economic activity."

As commerce secretary, Ross will play a key role in shaping administration policy on trade. He has pledged to renegotiate the North American Free Trade Agreement, the giant trade pact with the U.S., Canada and Mexico.

Ross' confirmation process was, compared with many other Trump Cabinet nominations, relatively smooth. He was not significantly challenged at his confirmation hearing before the Senate Commerce Committee. In the full Senate, 19 Democrats and one independent joined Republicans to confirm him.

Ross has an estimated net worth of $2.9 billion. According to NPR's Marilyn Geewax:

"He made his fortune by restructuring 'distressed' companies using borrowed money. He may be best-known for his 2002 efforts to roll together several American steel companies into International Steel Group. He cut costs and employees, and then in 2005, sold the business to Mittal Steel, headquartered in The Netherlands."

Some left-wing advocacy groups criticized Ross as a "vulture capitalist" and opposed his nomination. But he received the support of the United Steelworkers union, which credits Ross with saving thousands of U.S. jobs in the steel industry.