Accessibility links
North Koreans Arrive In Malaysia Seeking To Claim Kim Jong Nam's Body : The Two-Way The body of North Korean leader Kim Jong Un's half-brother has become the subject of a diplomatic turf war between North Korea and Malaysia, where he was poisoned with a powerful nerve agent. 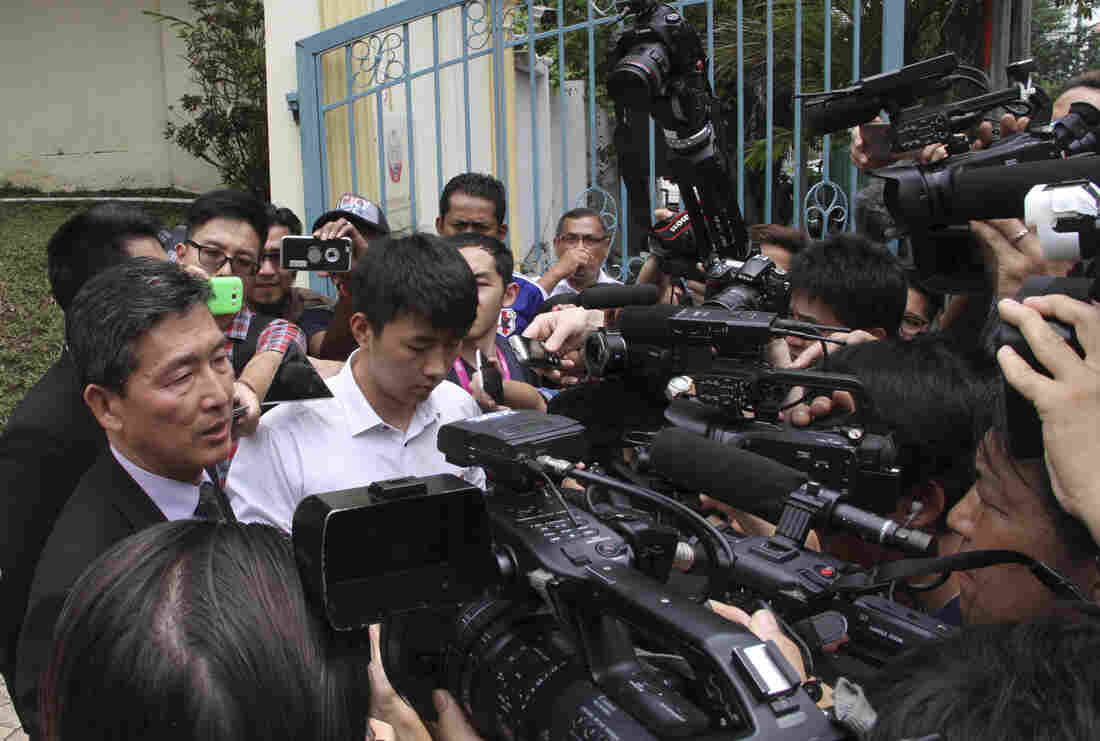 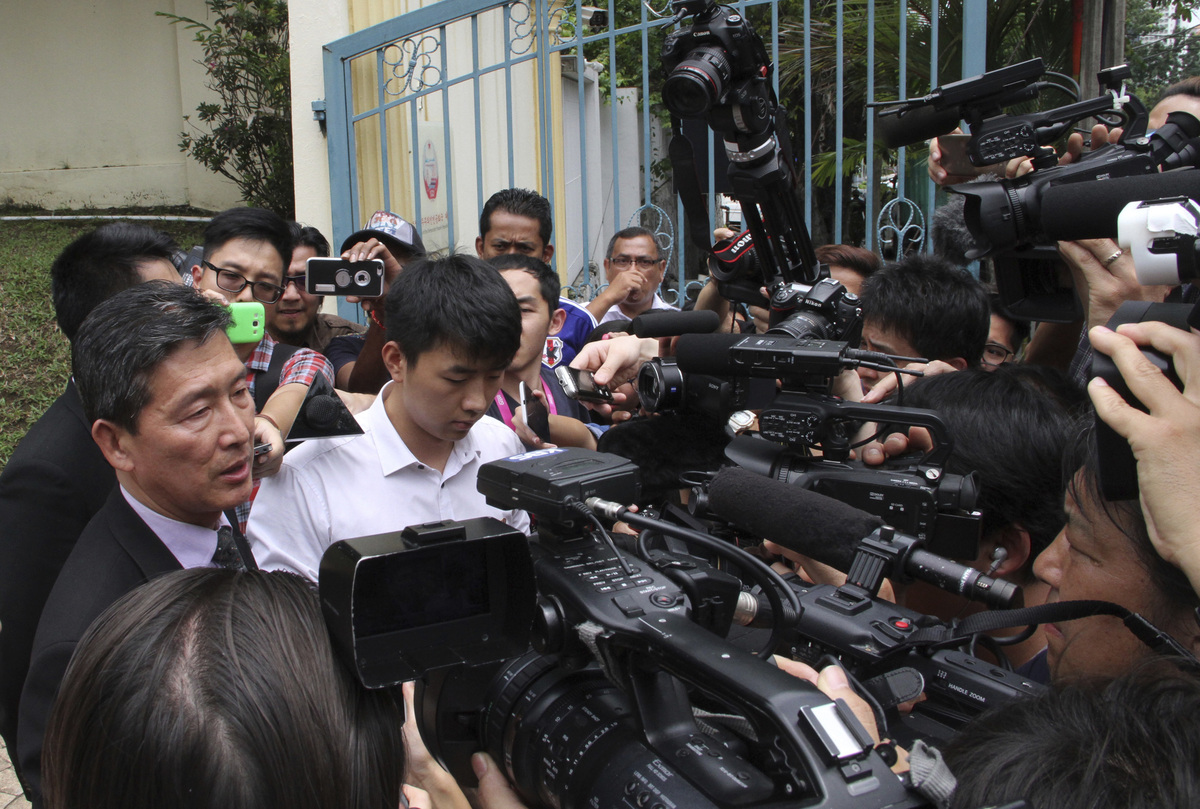 The body of Kim Jong Un's slain half-brother has become the subject of a diplomatic turf war between North Korea and Malaysia, where he was poisoned earlier this month with a powerful nerve agent.

A high-level delegation of North Koreans arrived in Malaysia's capital, Kuala Lumpur, on Tuesday to try to claim the body of Kim Jong Nam, NPR's Elise Hu reports from Seoul.

"The North Korean delegation — which includes former North Korean diplomats — told reporters it is seeking the body of Kim as well as the release of one North Korean suspect that's in custody in connection with the death," Elise reports. "Malaysia is refusing to give up the body until it gets DNA samples from Kim Jong Nam's immediate family for positive identification of the body."

Kim suddenly fell ill at the Kuala Lumpur airport, and surveillance video shows two women approaching him and holding a cloth over his face. Malaysia's health minister later said that he died within 20 minutes due to the effects of the VX nerve agent, one of the world's deadliest chemical weapons.

North Korean officials have demanded that Malaysia turn over the body and accused Malaysian authorities of performing the autopsy "without their participation or witnessing."

It's worth noting that North Korea has not formally acknowledged that Kim was the victim; according to The Associated Press, the isolated nation "has identified him only as a North Korean national with a diplomatic passport bearing the name Kim Chol."

Malaysian authorities have apprehended the two women purportedly seen in the video — who have been identified as Doan Thi Huong from Vietnam and Siti Aisyah from Indonesia.

Now, Malaysia's attorney general has told the AP and Reuters that his office is preparing to file formal charges against the two women on Wednesday, which could carry the death penalty.

And in perhaps the strangest aspect of this very strange case, both women have reportedly claimed that they believed they were taking part in a TV prank. According to the AP, "Indonesian officials have said Aisyah told them she was paid the equivalent of $90."

Kim had been estranged from North Korea's leadership since he attempted to enter Tokyo on a fake Dominican passport in 2001, reportedly to visit Disneyland. He was the oldest son of former leader Kim Jong Il, and at one time he was believed to be the heir apparent.