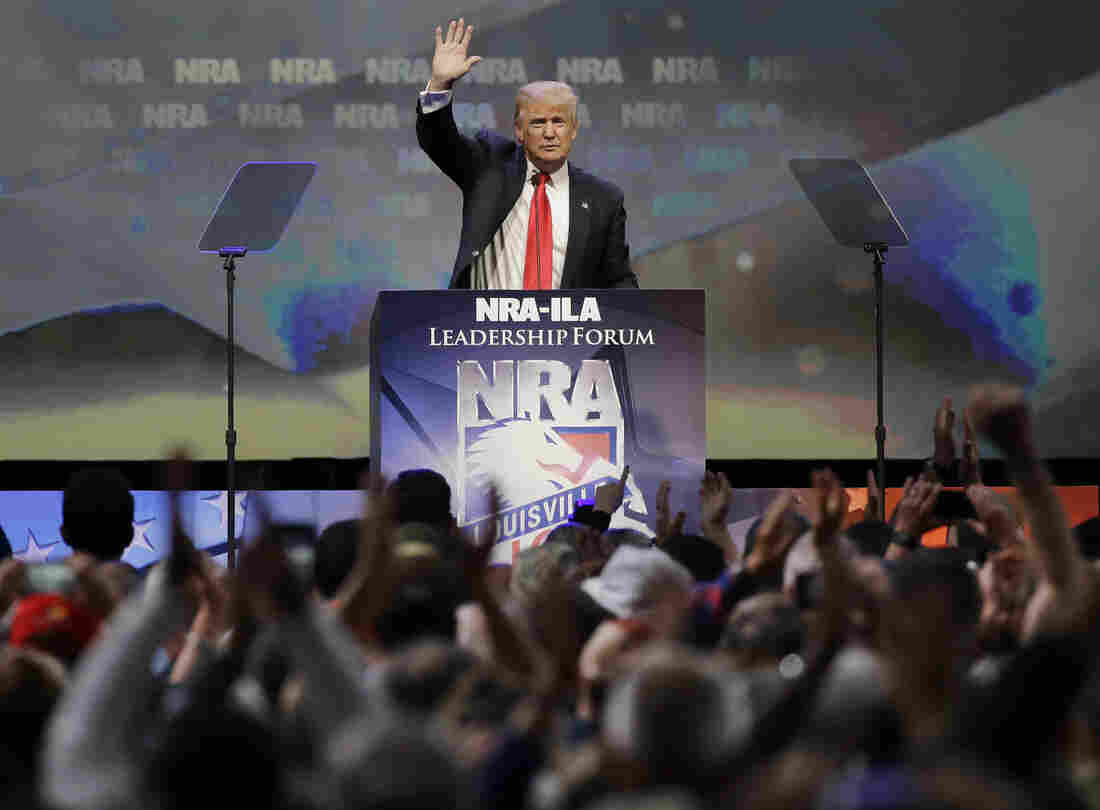 Then-Republican presidential candidate Donald Trump waves to the crowd after speaking at the National Rifle Association convention in May 2016. The NRA supports the repeal of the Obama-era rule. Mark Humphrey/AP hide caption 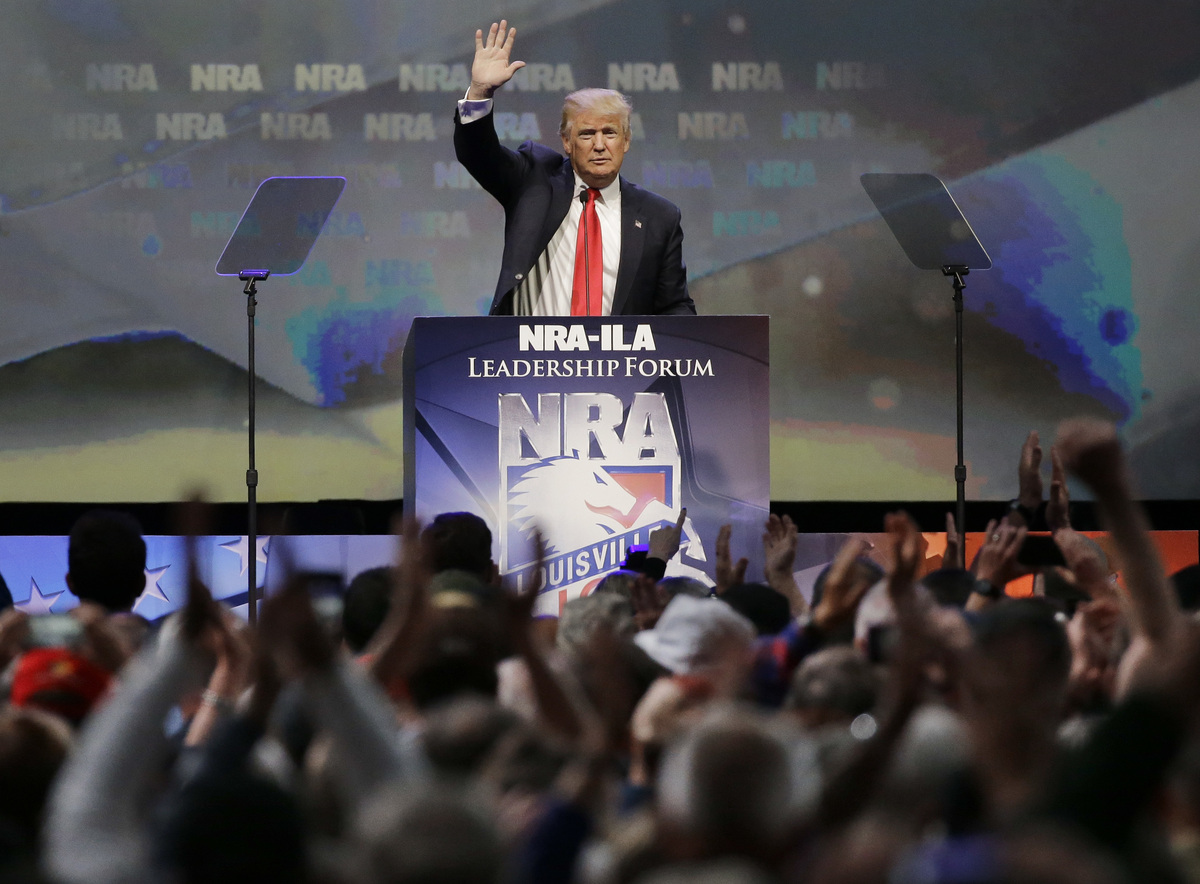 Then-Republican presidential candidate Donald Trump waves to the crowd after speaking at the National Rifle Association convention in May 2016. The NRA supports the repeal of the Obama-era rule.

The GOP-majority Senate passed the bill by a 57-43 margin earlier this month, following a House vote to overturn the rule.

The Obama administration policy "would have required the Social Security Administration to report the records of some mentally ill beneficiaries to the FBI's National Instant Criminal Background Check System," as The Two-Way has reported. "Those who have been deemed mentally incapable of managing their financial affairs — roughly 75,000 people — would have been affected by the rule."

It was strongly opposed by the National Rifle Association, and as NPR's Jessica Taylor reported, "Republicans argued it infringed upon Second Amendment rights by denying due process."

As we have reported, Sen. Chuck Grassley, R-Iowa, a leading supporter of the rule's repeal, has stated that "if a specific individual is likely to be violent due to the nature of their mental illness, then the government should have to prove it."

The rule was written in response to the 2012 massacre at Sandy Hook Elementary School in Newtown, Conn., where 20-year-old Adam Lanza shot dead 20 students and six teachers. As The Associated Press reported, it was "crafted as part of Obama's efforts to strengthen the federal background check system" in the wake of that tragedy.

"We know that people with serious mental illness in this country can go buy a very powerful weapon and do great damage with it," Democratic Sen. Chris Murphy, who represents Newtown, said in a speech to Senate Republicans earlier this month. He said of mentally ill people, "If you can't manage your own financial affairs, how can we expect you are going to be a responsible steward of a dangerous, lethal firearm?"