Accessibility links
Michigan Ends Water Subsidies To Flint Despite Mayor's Opposition : The Two-Way The city's crisis over lead-laced water dates back to 2014, and the state has paid more than $40 million in credits for the unsafe water in an effort to ease the burden for residents. 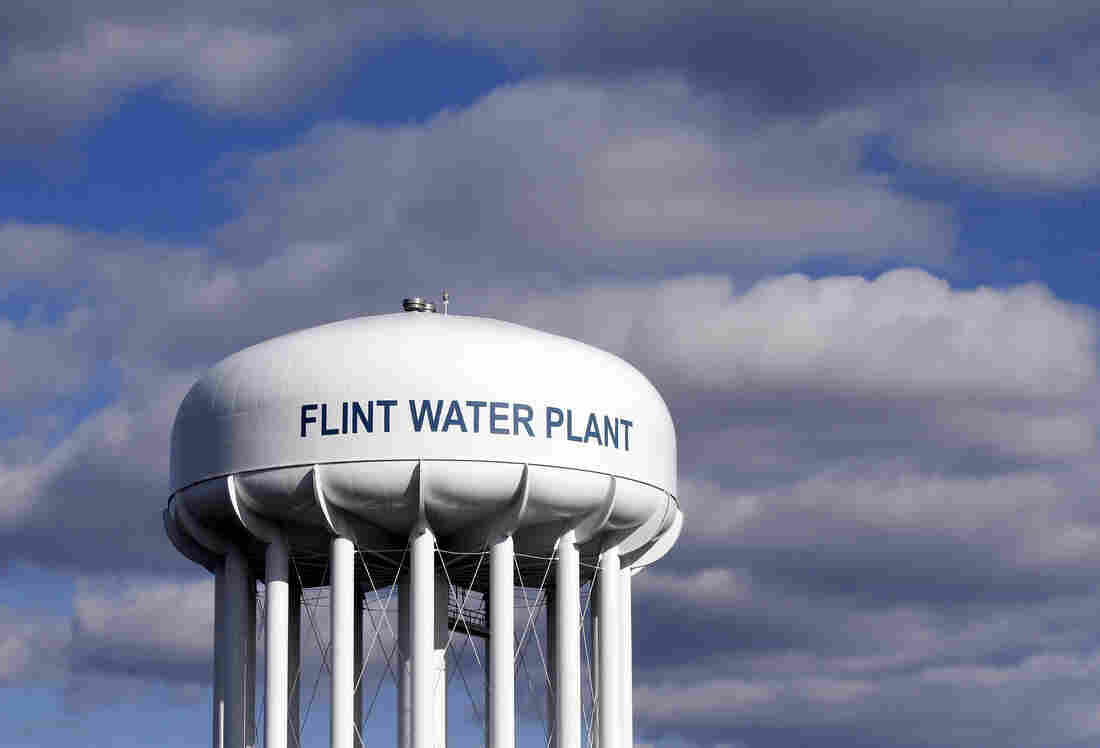 The Flint Water Plant water tower in Flint, Mich. The state has paid more than $40 million in credits for the unsafe water in an effort to ease the burden for residents. Carlos Osorio/AP hide caption 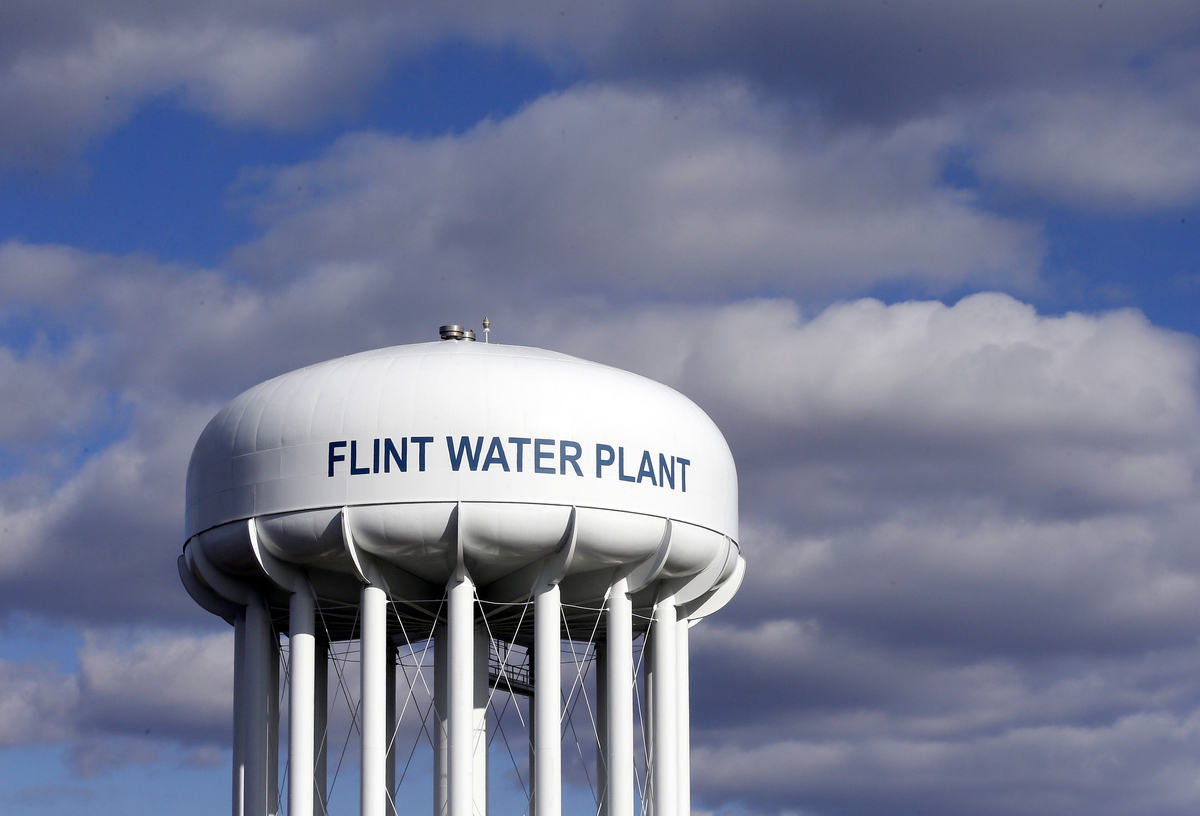 The Flint Water Plant water tower in Flint, Mich. The state has paid more than $40 million in credits for the unsafe water in an effort to ease the burden for residents.

Starting today, the people of Flint, Mich., will have to bear the full cost of the water flowing through their pipes.

It's a frustrating prospect for Flint residents, who have been struggling with a crisis over lead-laced water that started nearly three years ago.

"We have seniors that are already making decisions between buying medication or paying their water bill," as one Flint resident told Michigan Radio's Steve Carmody.

For about a year, Carmody says, the state paid about two-thirds of residents' water bills, spending more than $40 million "to pay for water that didn't meet federal quality standards dating back to 2014, when the city's drinking water source was switched to the Flint River."

Recent tests showed levels in the water to be within federal limits, prompting the state to end the subsidy on the last day of February.

The state's Department of Environmental Quality announced on Jan. 24 that Flint's water system is testing "at levels comparable to cities with similar size and age of infrastructure in Michigan and across the nation."

Michigan Radio reported that dozens of Flint residents protested last month at City Hall, chanting, "We don't pay for poison water." Nayyirah Shariff, the director of Flint Rising, told the member station that it's a "kick in the teeth to Flint residents."

The water problem began when Flint switched to a new water source in 2014 in order to save money, but failed to implement corrosion controls.

The governor's office formally notified the City of Flint that it would be ending water relief credits in a letter dated Feb. 7. State and city officials differ over whether Flint was given adequate notice.

Flint's mayor, Karen Weaver, has said the city was caught off guard. She said state officials promised the payments would continue through March 31. "This is a trust issue, that's what it is," she told reporters last month. "State officials say one thing, and then do another."

Michigan officials advise residents to continue filtering their water "due to the chance for disruption to pipes as the city replaces lead service lines."

Weaver wants to see state subsidies continue until the water is "tap drinkable" without a filter, as Carmody tells our Newscast Unit.

It's worth noting that the cost of water in Flint is "extremely high compared to other cities," according to Michigan Radio. Part of the reason that the state subsidized the water was to encourage residents to let it move through the corroded pipes, because an additive would help the pipes recover.

Michigan Radio points out additional concerns — an increase in delinquent accounts could lead to residential customers having their service cut off. It could also "crimp the city's ability to continue paying for water from Detroit."

Catching up on the Flint water crisis? Our timeline takes you through the major events.