Accessibility links
Snapchat Parent's Stock Rises In First Hours Of Trading On The New York Stock Exchange : The Two-Way After pricing its initial public offering of 200 million nonvoting shares at $17 each, Snap Inc., saw the stock rise to more than $25 a share. 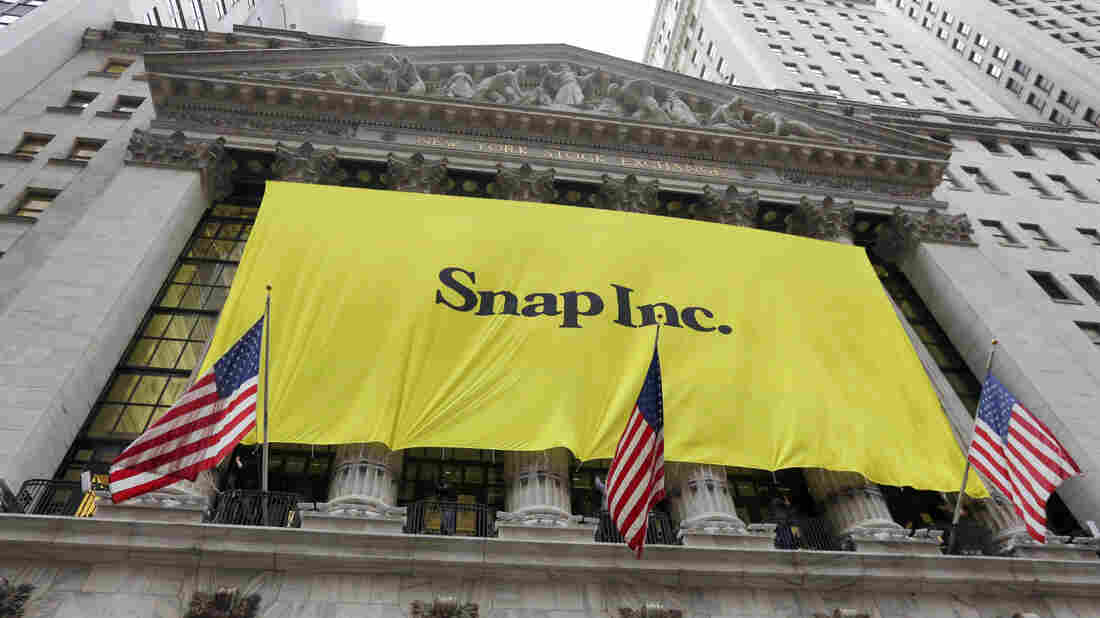 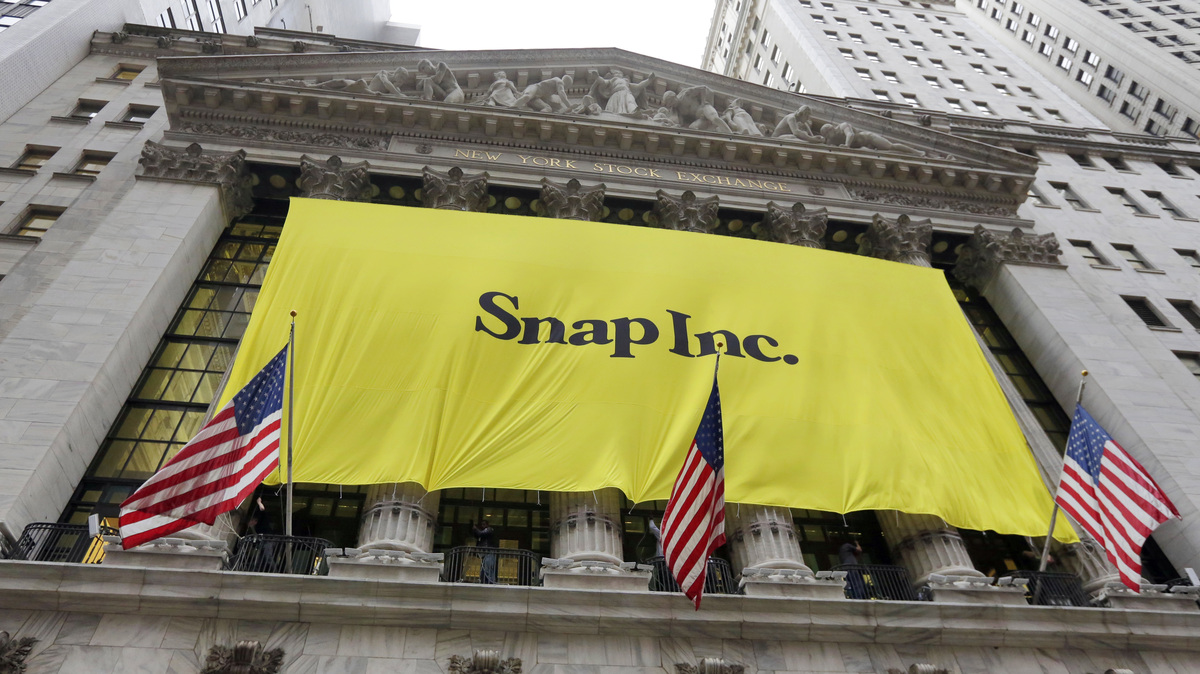 Shares of Snap Inc., parent of the popular disappearing-message and camera-centric app Snapchat, rose by more than $8 in the first hours of trading Thursday, as the company watched the $17 price of its initial public offering of 200 million nonvoting shares soar by 50 percent as of mid-day Thursday.

The initial pricing valued the 5-year-old company, based in Los Angeles, at $24 billion. Earlier projections had expected the range of $14 to $16.

Snap's Snapchat app is best known for disappearing messages and quirky facial filters for jazzing up selfies. It's popular with teenagers and younger millennials.

But despite Snapchat's popularity, user growth has slowed recently.

Snapchat started 2017 with 158 million daily active users, most of whom are people in their teens, 20s and early 30s.

Does Snapchat need to go beyond young users to succeed?

LaVon Murphy, 45, a photographer in Portland, Ore., told The Associated Press that she uses Snapchat to stay in touch with her 17-year-old son.

" 'I don't really understand why he and his friends use the app so extensively, but I am trying to keep up,' she said.

" 'It allows me to be silly and show a silly side of myself to my son and it allows him to be silly with me.' "

Snap's IPO is one of the most anticipated for a technology company since Twitter's stock market debut in 2013. Twitter is now valued at $11 billion.

In 2012, it was Facebook's IPO that capture the market's attention. Facebook is currently valued at $395 billion.

The Wall Street Journal reports that, according to people familiar with the deal, Snap executives took some unusual steps that could help bolster demand for the shares:

"In a regulatory filing ahead of the IPO, the company said roughly one-quarter of its planned float of 200 million shares would be subject to a lockup of one year before that chunk could be sold.

"The company planned to sell those shares to a group of existing investors, who got in before the IPO process began, people familiar with the deal said.

"Other investors would be locked up for less time. Such moves could damp volatility by limiting the number of short-term stockholders who can jump in and out."

Analysts, investors and investment bankers have told the Journal that a successful Snap "debut could awaken what has been a largely dormant tech IPO market."

Snap is expected to begin trading on the New York Stock Exchange on Thursday under the symbol "SNAP."