Accessibility links
Sweden Brings Back The Draft, Alarmed By Russian Activities : The Two-Way Citing both difficulties in recruitment and tensions with Russia in the Baltic region, Swedish officials plan to institute gender-neutral conscription among young people beginning in 2018. 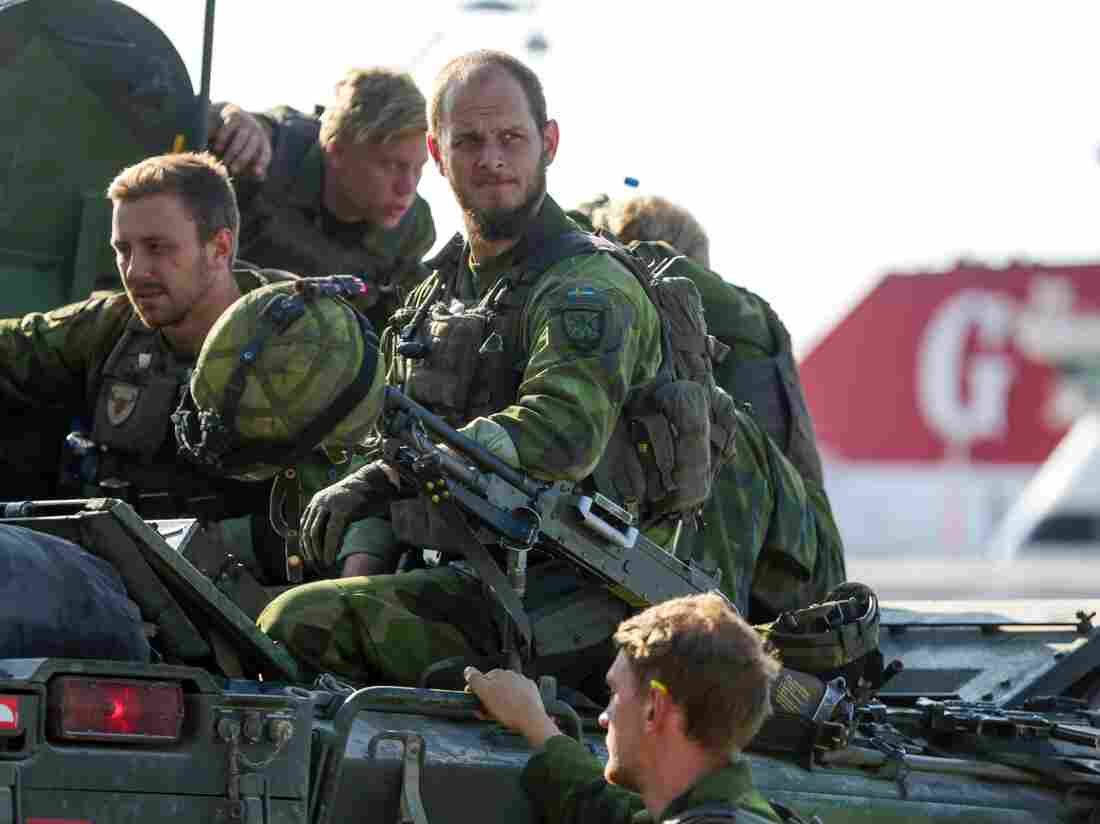 A combat team deploys in Visby harbour in Sweden last year. Sweden's Baltic Sea island of Gotland is once again home to a permanent military presence, amid speculation over the country's ability to defend itself against a more assertive Russia. Soren Andersson/AFP/Getty Images hide caption 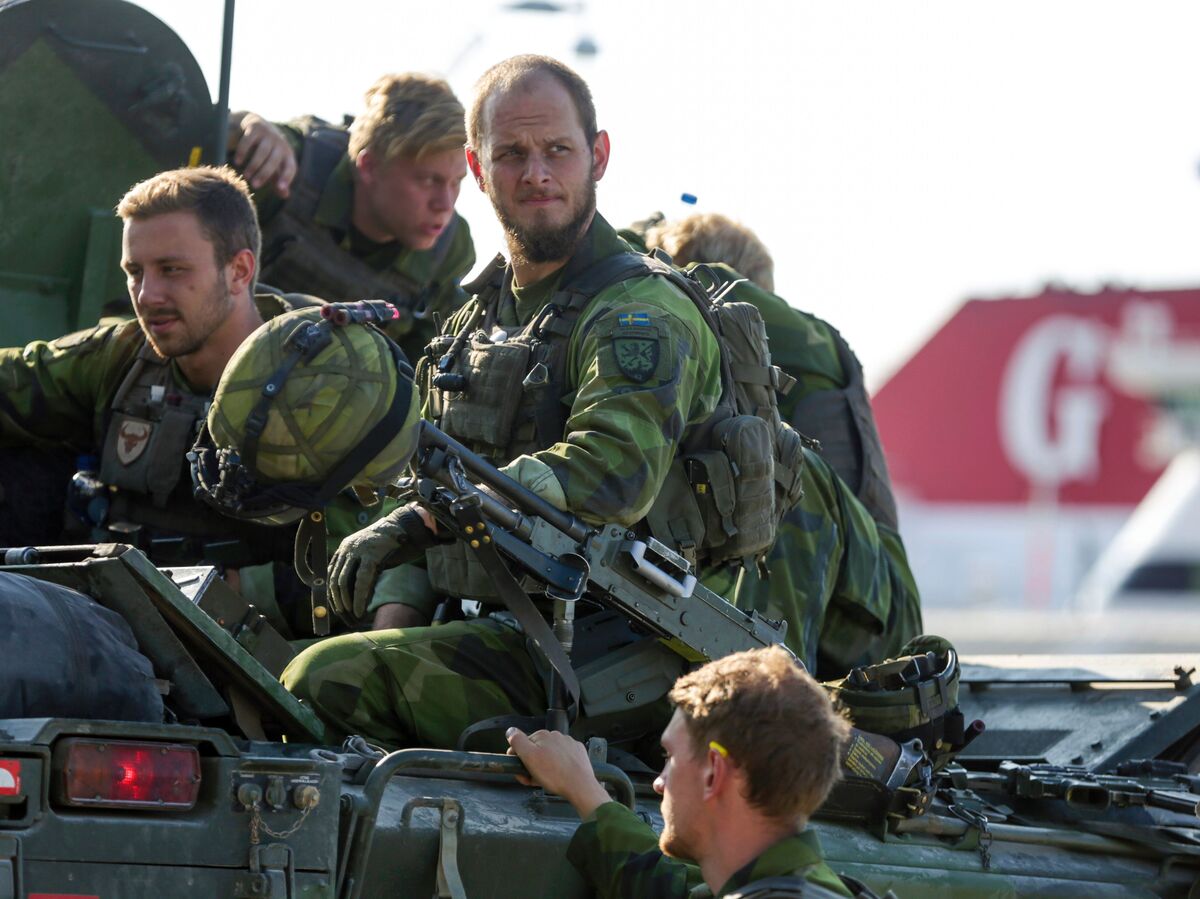 A combat team deploys in Visby harbour in Sweden last year. Sweden's Baltic Sea island of Gotland is once again home to a permanent military presence, amid speculation over the country's ability to defend itself against a more assertive Russia.

Amid escalating anxieties over recent Russian activities, Sweden has approved a plan to reinstitute military conscription beginning next year. The draft, which will pull from both young men and women, will be Sweden's first since 2010, when the country discontinued compulsory service.

The country expects to call up at least 4,000 young people per year for military training, in a bid to erase its deficits in recruitment since the draft ended. The government says it has been recruiting about 2,500 people for military service annually, about 1,500 fewer than it says it needs.

"We have had difficulties manning the military units voluntarily, and that needs to be addressed somehow," Swedish Defense Minister Peter Hultqvist told Swedish Radio, according to Bloomberg. "That's why it's necessary to reintroduce compulsory military service."

But Hultqvist also tells Reuters there's another reason for concern in Sweden, which as a nominally neutral party in the Cold War never joined NATO.

"We have a Russian annexation of Crimea, we have the aggression in Ukraine, we have more exercise activities in our neighborhood. So we have decided to build a stronger national defense," Hultqvist told Reuters. "The decision to activate conscription is part of that."

It is part of a reversal already underway in Sweden's defense policy. The Stockholm International Peace Research Institute reports that Sweden had been scaling back its defense spending, from 2.5 percent of its GDP at the end of the Cold War in 1991, to just 1.1 percent in 2015. But last year, the country moved to garrison troops permanently on the large island of Gotland, where it could better keep tabs on doings in the Baltic Sea off Sweden's east coast.

ABC notes that Hultqvist described the move as a signal to Russia amid its "increasing pressure" on Estonia, Latvia and Lithuania, which also rest on the Baltic.

During the height of the Cold War, almost 85 percent of Swedish men were conscripted, ABC reports. The planned draft will draw not only from men, but also women, following in the footsteps of its NATO-aligned next door neighbor Norway, which has already instituted its own gender-neutral draft.

The BBC says the 4,000 young people called up for military service will be selected from a group of 13,000 who will be asked to undergo a military assessment.