Accessibility links
Rick Perry Sworn In As Energy Secretary : The Two-Way The former Texas governor was confirmed Thursday by a 62-37 vote in the Senate. While running for president in 2011, Perry pledged to eliminate the department, but he says he's changed his mind. 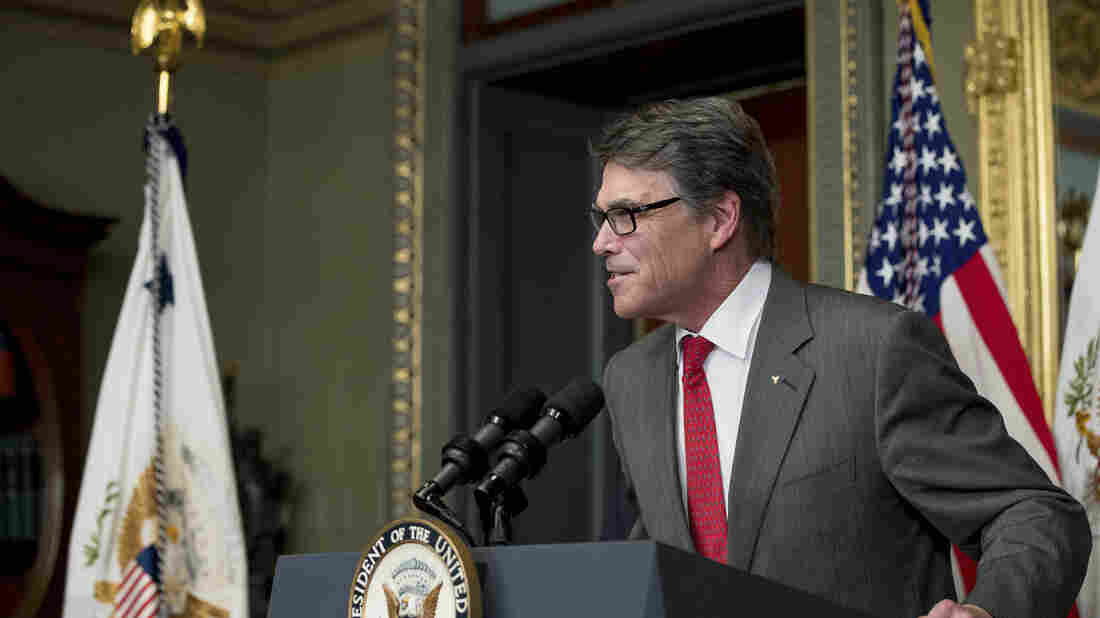 Energy Secretary Rick Perry was sworn in Thursday, apparently having come to terms with heading the agency he once wanted to abolish. Andrew Harnik/AP hide caption 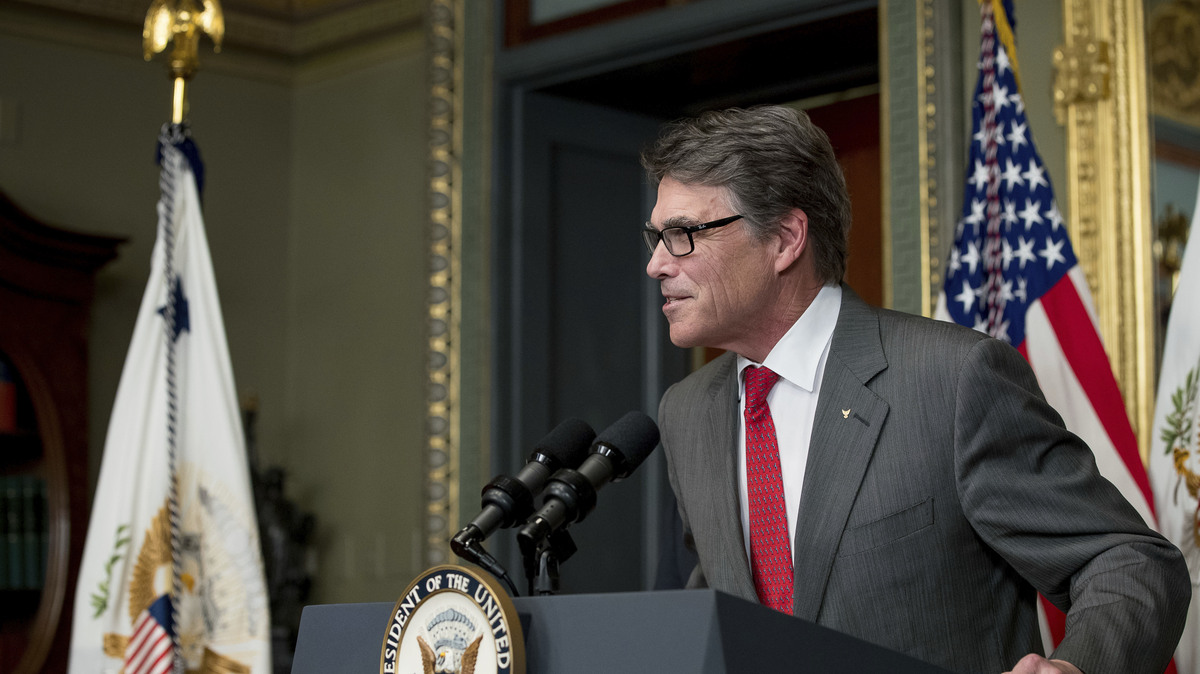 Energy Secretary Rick Perry was sworn in Thursday, apparently having come to terms with heading the agency he once wanted to abolish.

Former Texas Gov. Rick Perry is now the 14th U.S. Secretary of Energy, despite having once pledged to eliminate the Department of Energy.

Or at least, he tried to pledge to eliminate the department — including once when he couldn't think of its name.

Perry was confirmed Thursday by the Senate in a 62-37 vote.

During his confirmation hearing, Perry said, "My past statements made over five years ago about abolishing the Department of Energy do not reflect my current thinking."

That was not the only thing that Perry appeared to have changed his mind about. As NPR's Jeff Brady has reported, "At various times, Perry has questioned the role of human activity in climate change. At one campaign event, he accused scientists of manipulating data to continue gaining funding on research."

During his confirmation hearing, though, he said he believed that both natural and man-made activity were contributing to climate change.

That hasn't reassured environmental group 350.org. Executive Director May Boeve said in a statement: "Trump just added one more unqualified fossil fuel shill and climate-denier to his cabinet. As governor, Perry doled out millions to oil corporations while silencing the science that tells us our future depends on keeping fossil fuels in the ground."

Other statements Thursday night were supportive though. The American Wind Energy Association praised Perry's "leadership on wind energy infrastructure" as governor of Texas.

There was plenty of "color," according to the press pool at the swearing in ceremony. Vice President Pence noted that it was an important day for Texas, "the country," being Texas Independence Day.

Perry mentioned the new Interior Secretary Ryan Zinke's arrival at work Thursday on horseback, and joked that Perry would be commuting Friday on a "single-stage rocket... what could go wrong." Perhaps doubting that the press pool would have a sense of humor, he added that he would, in fact, just "quietly drive over and go to work."