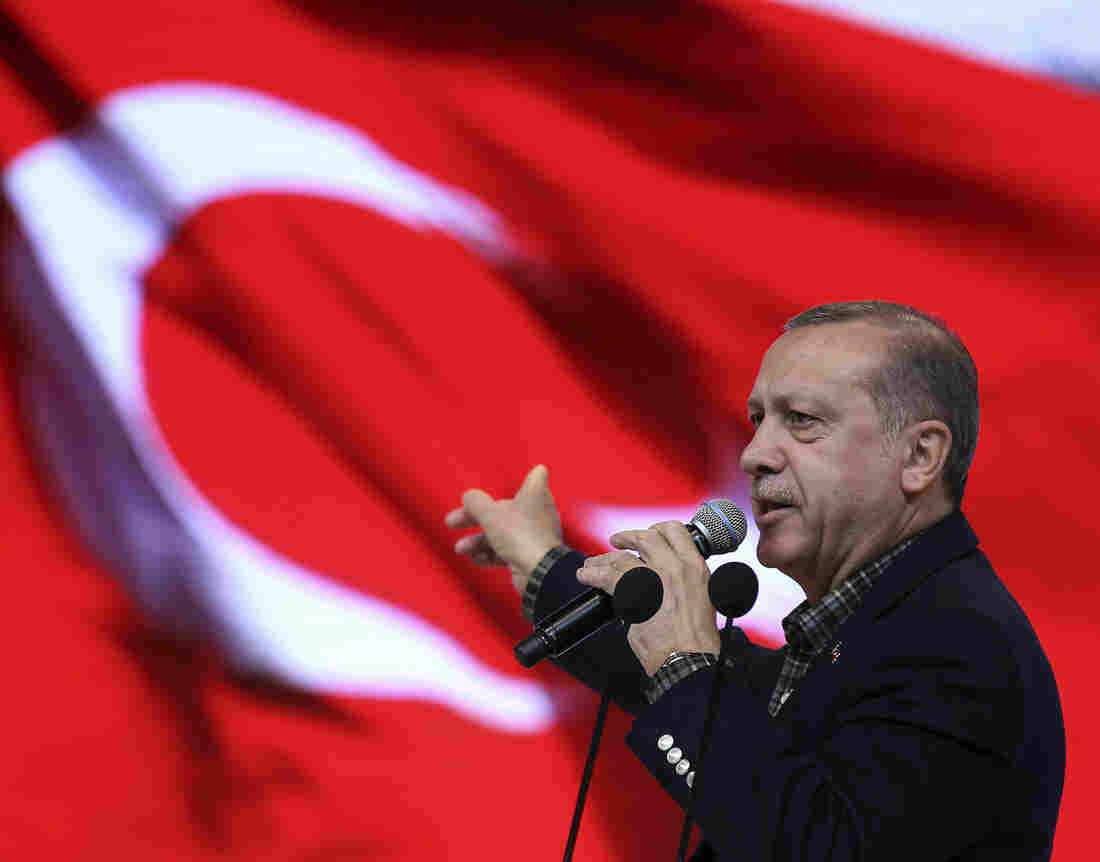 Turkish President Recep Tayyip Erdogan addresses a meeting in Istanbul on Sunday, the same day he said that German government practices are "no different than the Nazi ones of the past." Yasin Bulbul/AP hide caption 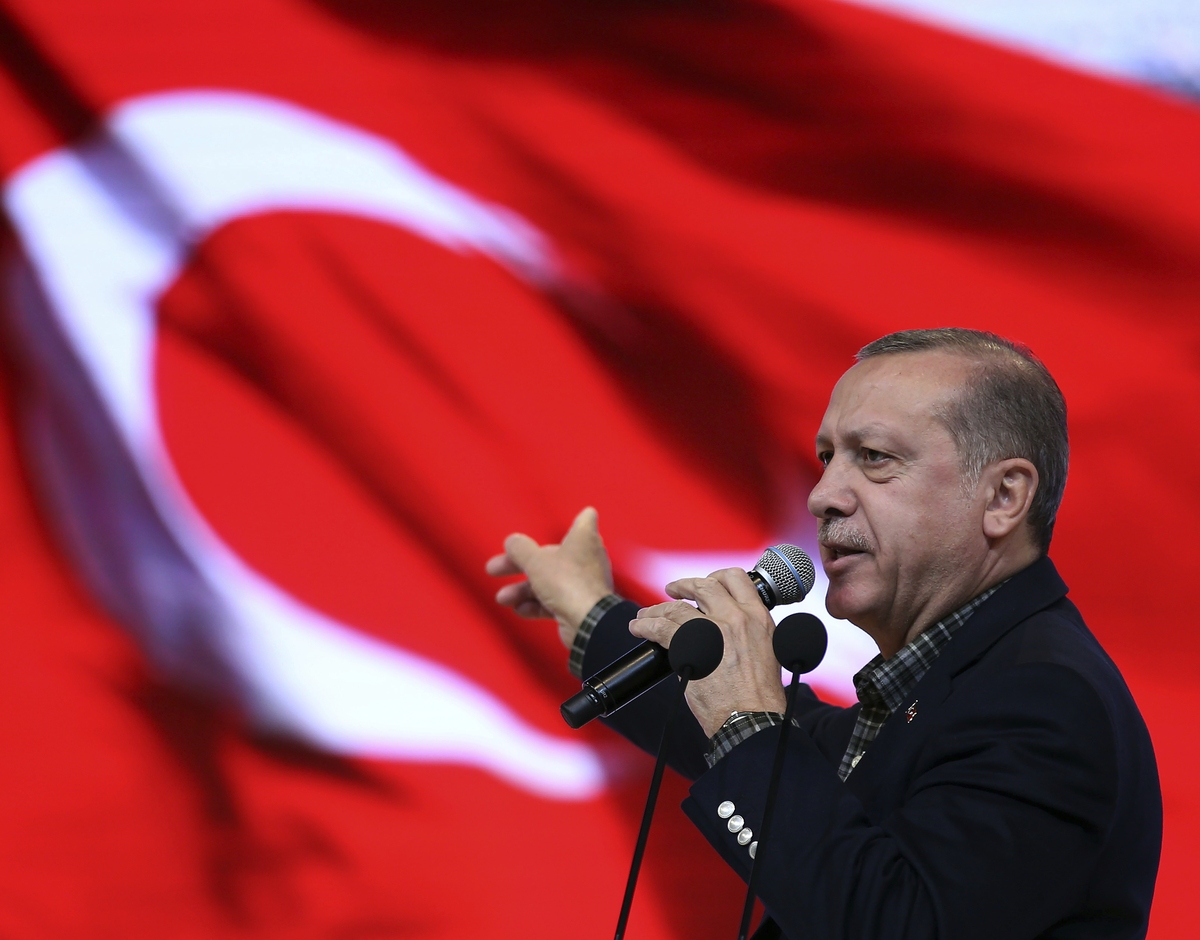 Turkish President Recep Tayyip Erdogan addresses a meeting in Istanbul on Sunday, the same day he said that German government practices are "no different than the Nazi ones of the past."

Germany is home to nearly 1.5 million Turks eligible to vote in Turkey's upcoming referendum, according to Turkish media. The vote will decide whether to expand the powers of the president. Authorities in southwest Germany cited security reasons in canceling the Turkish minister's planned speech.

Erdogan railed against the cancellation on Sunday, saying the practices are "no different than the Nazi ones of the past," according to Turkey's state-run Anadolu news agency.

He also appeared to threaten Germany if it tried to stop him from speaking in the country at some point in the future. "If you don't let me in, or if you don't let me speak, I will make the whole world rise up," he said, according to Deutsche Welle.

German Chancellor Angela Merkel said in a statement that there was no justification for the comments, saying such comparisons serve only to diminish the suffering of the Nazis' victims.

Her spokesman Steffen Seibert said to the Turkish government: "Let us be open and let us talk to each other when necessary, but let us keep in mind the special importance of our close German-Turkish partnership and relationship."

The EU struck a deal with Turkey last year aimed at stemming the flow of migrants and refugees into Europe.

Since then, some of Merkel's critics have suggested that her reliance on Turkey has tempered her criticism of the country in the face of human rights abuses. An editorial Monday in Der Spiegel suggested that the refugee crisis "prevents honest dealings with Turkey." It argued that Merkel is "sadly inhibited" and "mostly driven by fear" when it comes to Turkey.

Last month, German-Turkish journalist Deniz Yucel, who is a correspondent for the newspaper Die Welt, was detained in Turkey "on charges of terror propaganda," according to Anadolu. Yucel has written articles critical of the Turkish government, which has a record of cracking down on press freedoms.

In an attempt to defuse tensions, Merkel spoke with Turkish Prime Minister Binali Yildirim on the phone on Saturday, Deutsche Welle reports, "only for Erdogan to lash out at Berlin hours later."