Accessibility links
New Orleans Can Remove Confederate Statues, Federal Appeals Court Says : The Two-Way "There may have been a time when that monument reflected who we were as a city, but times change. And so do we," Mayor Mitch Landrieu said when he announced the plan. 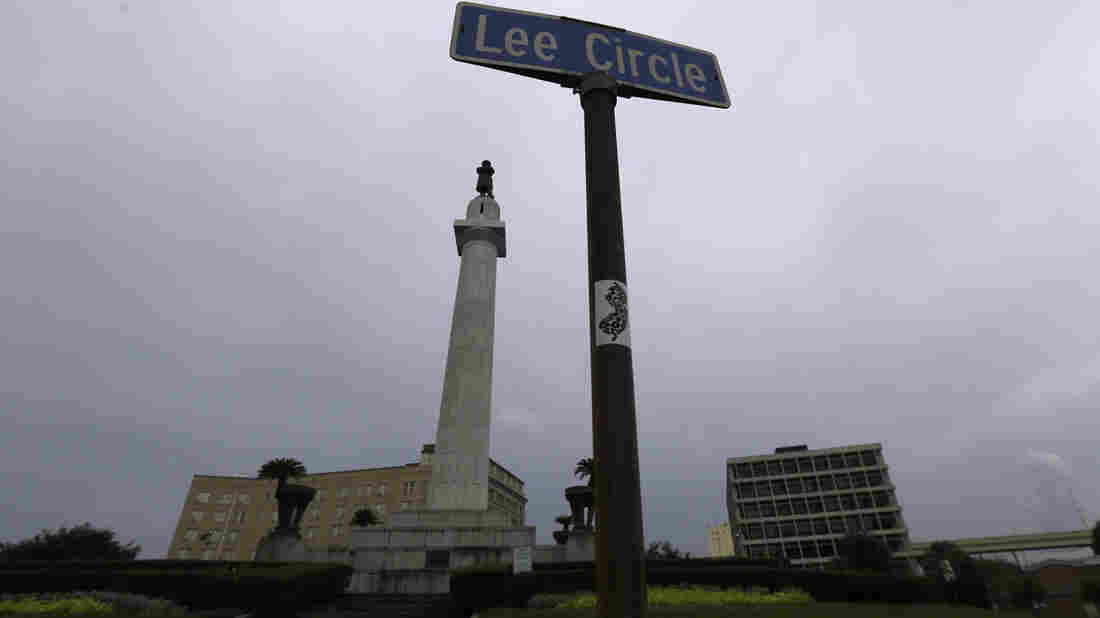 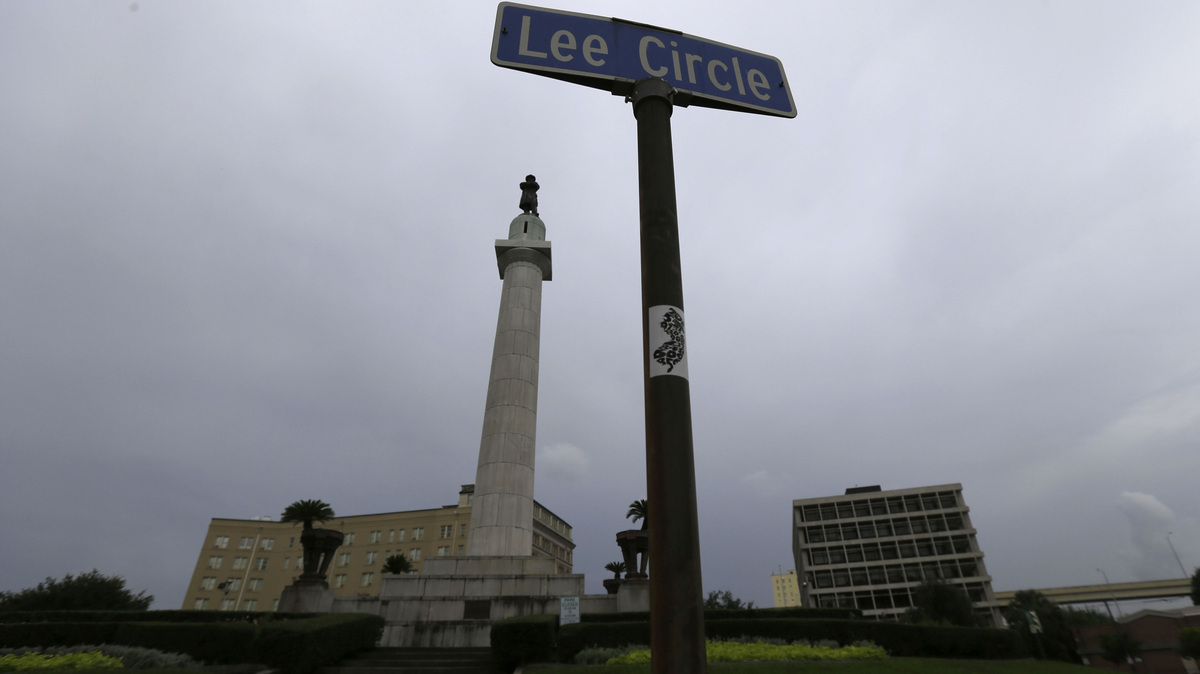 A statue of Gen. Robert E. Lee, seen here in 2015, photo, is slated for removal in Lee Circle in New Orleans.

Statues of Confederate leaders Robert E. Lee and Jefferson Davis are targeted for removal in New Orleans, after a federal appeals court approved the city's plan to change how it treats symbols of its history. Opponents of the move vow to keep fighting it in court.

When Mayor Mitch Landrieu called for the city to remove the statue of Lee back in 2015, he said, "There may have been a time when that monument reflected who we were as a city, but times change. And so do we," as member station WWNO reported. After an intense public debate, the city council voted to take the statues down and place them in a new area.

The plan sparked legal challenges; this week, the 5th U.S. Circuit Court of Appeals agreed with a district court that had ruled the city could go ahead with the removal because the plaintiffs weren't likely to prevail. The court said plaintiffs in the case hadn't proven their argument that removing the statues would bring irreparable harm.

"Appellants here have failed to put forward even a prima facie showing in support of their two claims that this federal court must interfere with this local political process," the court wrote, "which required consideration of heated and disagreeing viewpoints."

The legal challenge to the plan included four groups:

The appeals court ruling comes as Southern states grapple with how to treat relics of the Confederacy without seeming to promote violent racism, as NPR's Debbie Elliott reported last year.

And as Debbie noted, a contractor who was initially hired to remove Confederate monuments in New Orleans pulled out "after employees received death threats and his car was torched."

In addition to the statue of Lee, Landrieu and other city officials want to take down a statue honoring Gen. P.G.T. Beauregard and a monument to the paramilitary White League, which launched a Reconstruction-era rebellion against the integrated Metropolitan New Orleans Police Force. As WWNO reports, "Eleven members of that force were killed."

Even if the statues of Lee and Davis are removed, their names are embroidered into the geography of New Orleans: Lee's statue is in Lee Circle, and Davis' is on the parkway that was named after him.

Other legal battles over symbols of the Confederacy are ongoing. For instance, arguments over the inclusion of Confederate symbols in the state flag of Mississippi are scheduled to be heard today in the 5th U.S. Circuit Court of Appeals.